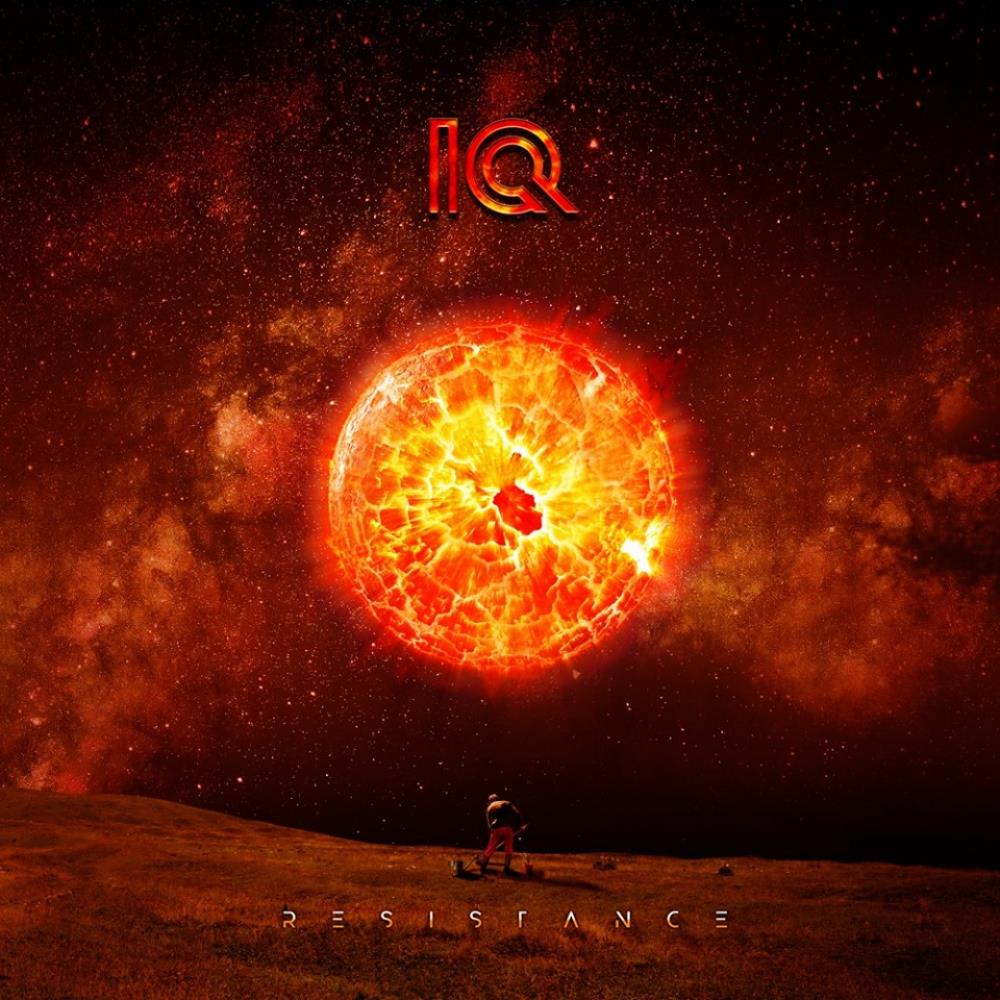 It has been a handful of years since we heard new studio material from UK progressive rockers IQ (‘The Road Of Bones’ being their last record) but to make up for that hiatus the band around founding member Mike Holmes (guitar) decided that a double album with eleven songs in total would be a quite adequate apology for that I guess. IQ have always taken their sweet time delivering new material, usually there are four to five years between studio-albums. It all started some 38 years ago and in that time IQ has become a very important progressive and symphonic rock band that for whatever reason never managed to break through on a bigger scale. Even when the band went a bit more radio friendly on an album like ‘Nomzano’ things did not happen so at a certain point IQ moved back to their roots. And part of that roots was to include long and epic songs where time did not seem to matter. ‘Resistance’ has in the form of ,,The Great Spirit Way’’ and ,,Fallout’’ two tracks that clock over 20 minutes while ,,For Another Lifetime’’ with its length of 15.22 minutes follows shortly after. Those epic journeys have always been a trademark for IQ as Holmes and his bandmates (singer Peter Nicholls, drummer Paul Cook, bass player Tim Essau and keyboardist Neil Durant) know that commercial success in the form of a hit single is a goal that probably will never be reached. IQ knows who or what their audience is, a whole bunch of adventurous prog-rock fans that follow this outfit and believe me that audience is large and big enough to keep the band afloat in the studio as well as on stage. ‘Resistance’ is a big album folks, most likely one of the best releases in the progressive genre you will encounter this year. I am not going to describe the songs in detail, as there is so much happening on basically each and every song of the double album. Your ears should do the exploring. The above mentioned songs plus the rest are good for close to two hours of prog-power rock from the highest calibre. The musicianship showcased is extraordinaire and one of the trademarks of the band sound is the heavy guitar parts of Mike Holmes that fit in so nicely with the dreamy yet sometimes suspenseful arrangements and the slick sounding keys making the songs a real joy to listen too as they are captured in a crystal clear sound and production in which the voice of Nicholls is the perfect guide. It is not that he has a reach from Amsterdam to Tokyo and back but his vocal lines are just right for each song and he knows how to bring them across in a very pleasant and versatile manner. Okay, ‘Resistance’ might not bring IQ a new or even larger audience but with this double album the band has reached a level that as far as I am concerned they never have reached before or even got close to. A superb performance by IQ who after 38 years in the business still manage to elevate themselves to a higher level. ‘Resistance’ is the ultimate proof of that!!