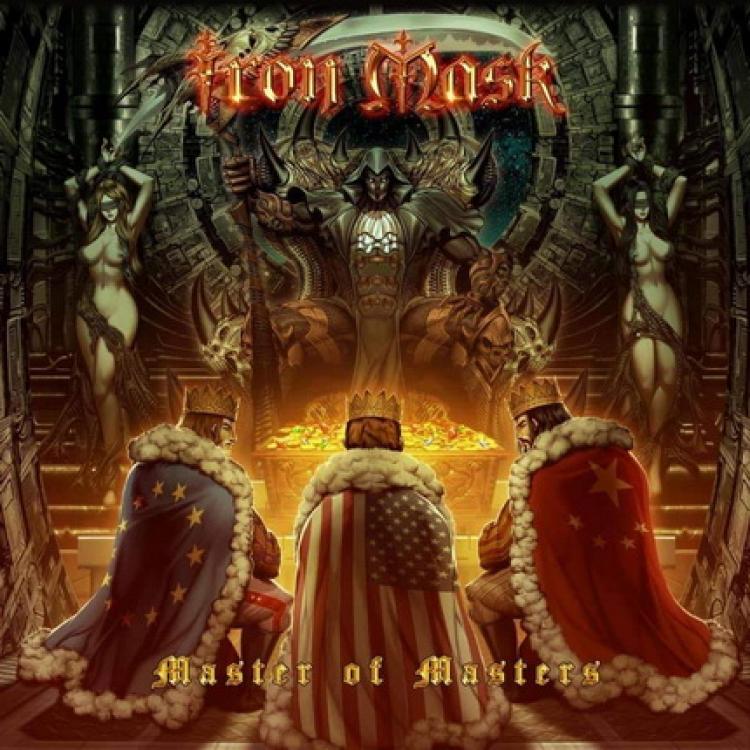 November 8, 2020 by Michel van de Moosdijk - More about our team

Belgian guitarist/composer/producer Dushan Petrossi has been around for quite a while know, being the creative mind behind Iron Mask as well as Magic Kingdom. Iron Mask started out as a side-project but has grown into a full blown band and on this album they are presenting their new vocalist Mike Slembrouck, who started out as a fan of the group and has seen a dream come true I guess being out there with Dushan, bass player Vassili Moltchanov and drummer Ramy Ali. And he is the right man for the job that much becomes pretty clear when you hear this record.

Dushan Petrossi has always stood for neo-classical melodic heavy rock, with room for a bit of bombast, big orchestral arrangements and beefed up fast guitar work in the spirit of greats like Yngwie Malmsteen and Ritchie Blackmore. That is the modus operandi of the man and that is also the case on ‘Master Of Masters’. For this kind of theatrical rock/metal you do require a singer with a big voice and reach. In the past Dushan had to settle sometimes for guest appearances (Mark Boals sang on Iron Mask albums for instance) but with Mike Slembrouck I suppose he has found the missing link. This dude has got the power, the reach and the sound that fits with Iron Mask. Maybe Bruce Dickinson was an influence for Mike but I must admit he just fits like a glove in the sometimes ultra-fast neo-classical compositions that Petrossi has shaken out of his pen. Okay, it might not be super original but when you are into this kind of material in the style of Rhapsody and more recently Memories Of Old this album is really hard to ignore with its superb sound, monster guitar work, big arrangements and a singer that nails it in every aspect. And there is a guest part for German singer Oliver Hartmann on this record as he sings very impressive on ,,Revolution Rise’’. Predictable at times perhaps but all in all quite overwhelming and good. Nothing more to add, this band has got its shit together!