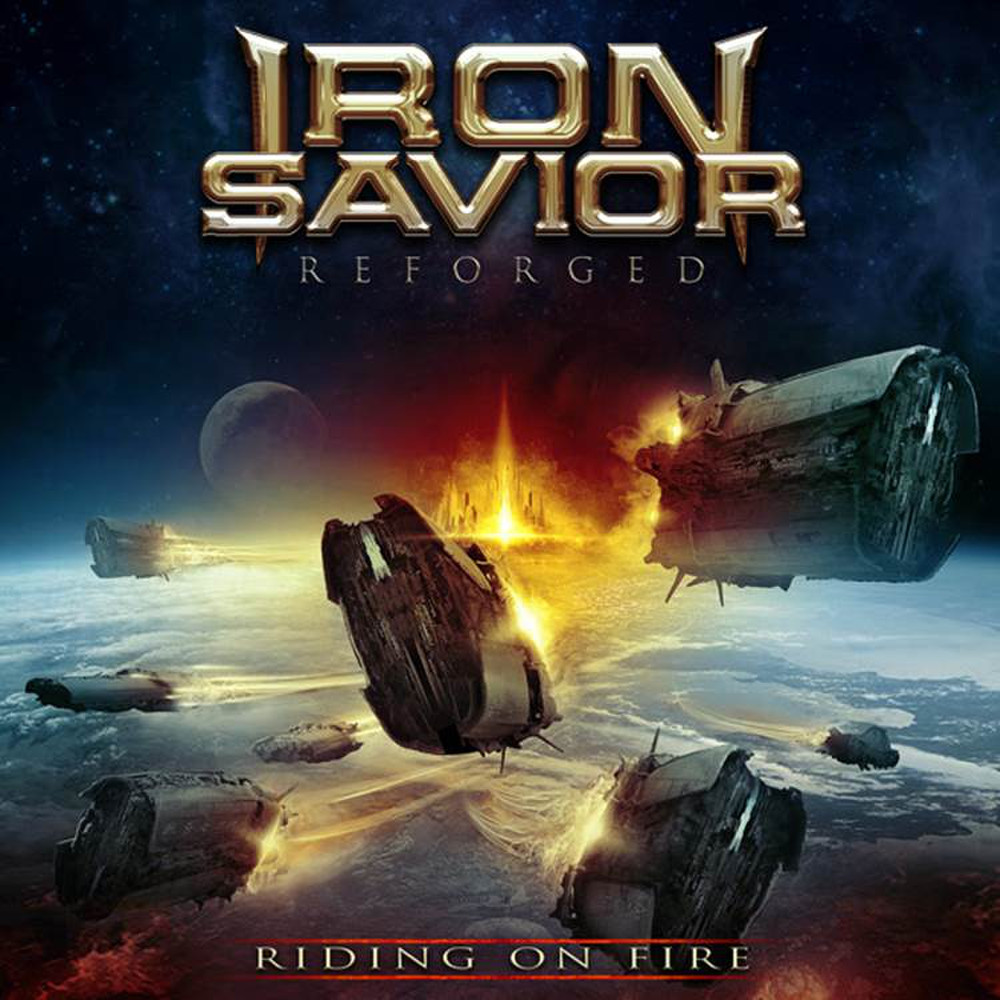 Hamburg, Germany based outfit Iron Savior has been around for a firm 20 years now under guidance of guitarist/singer/producer Piet Sielck. He started this band together with Gamma Ray boss Kai Hansen in that time and the band were signed to Noise Records, in those days probably the most important metal label in Germany with Helloween as the most famous act. The old records of the band are not available anymore and because of legal issues Piet was denied the chance to re-release albums like ‘Iron Savior’, ‘Unification’, ‘Dark Assault’, ‘Condition Red’ and ‘Battering Ram’, all released by Noise. So the current line-up of Iron Savior decided to put together 19 of their best songs so far, many coming of those above mentioned albums, and just record them again, leaving most of the arrangements intact but obviously recorded now with the latest techniques and with a shitload of power. I never have been really into this group but ‘Reforged – Riding On Fire’ really rocks your socks of. Iron Savior can be compared with bands like Running Wild, Rage, Gamma Ray and Sinner so you realise that Iron Savoir on this 2 CD is bringing you powerful heavy metal with here and there some thrashy but also melodic influences. The songs are packed with pace, the production gives you a firm punch on the nose and most of the songs do not sound out dated or too old fashioned. So as a fan of heavy metal that wants to become familiar with the past of Iron Savior this 2 CD is the perfect release for you. Not completely my cup of tea but for sure a release that packs a good punch.