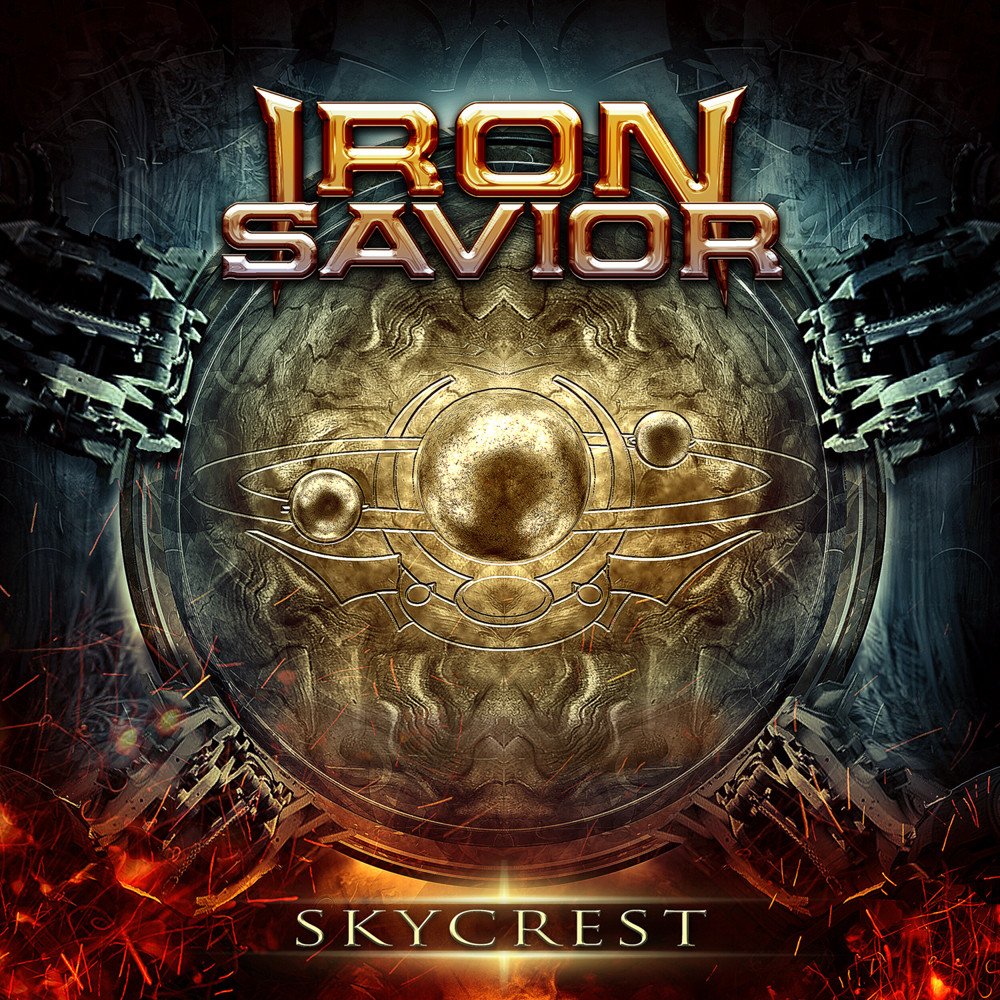 If there is one thing certain in life, then it is the fact that if the German power metal band Iron Savior releases a new album you exactly know what you can expect: in your face power metal with no compromises whatsoever and no musical surprises indeed. But the fans do not give a shit about that, as they like the music of Iron Savior as it is, kicked in the teeth and kicked in the ass throughout the entire new album; play it f… LOUD and you have a hell of a time for more than 56 minutes!! ‘Skycrest’ is the 12th album of the Hamburg based Iron Savior with the leading man Piet Sielck (vocals, guitar) still in control and the new album is again filled with perfect hooks, catchy choruses, crunchy, heavy solos and very addictive melodies indeed. Take for example ,,The Guardian”, ,,Our Time Has Come” (up tempo and heavy) and the title track and Iron Savior has again come up with a couple of power metal soon to be classics indeed. However, surprisingly it is not only power metal because ,,Raise The Flag” is a pure heavy metal song, while “Ease Your Pain” is of course the obligatory ballad, this time sung by bass player Jan Soren Eckert. ‘Skycrest’ is a very honest and pure speed, power metal album, which fans need to have, but of course it is also a very good power album for lovers of straightforward metal as it is 100% real; no compromises and no surprises; rock on guys!!!