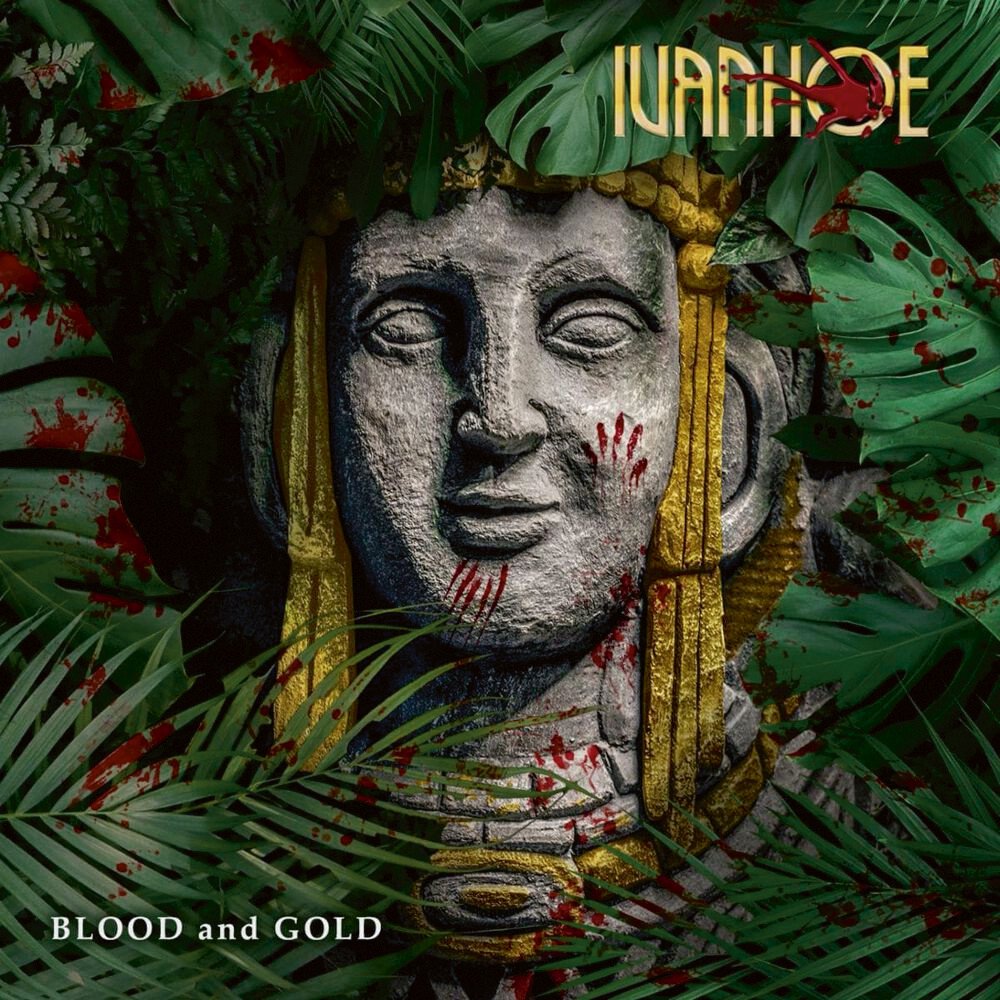 As a kid I was fascinated by the TV-series Ivanhoe. It was a black and white series about a noble knight Sir Wilfred of Ivanhoe and his armorer Gurth. The English actors Sir Roger Moore (later became James Bond and had a few TV-series like ‘The Saint’ and ‘The Persuaders’) and Robert Brown (later active in several James Bond movies as ‘M’) were the main characters and for some nostalgic reason I kept following the acting careers of these two English heroes of mine. The series ran in the years 1958 and 1959 but were repeated on TV several years later and often shown again. Ivanhoe is also the name of a German progressive rock band that saw the light of day somewhere in 1986 and although there were many changes in personnel and periods of inactivity bass player/producer Giovanni Soulas managed to find the energy time after time again to resurrect the band resulting in their 8th album ‘Blood And Gold’. In 2018 there were several new changes in line-up. Guitarist Chuck Schuker (who has played on several songs on this CD) was replaced by Lars Vogtle and also drummer Bern Heining joined the group that further exists of vocalist Alex Koch and keyboardist Richie Seibel. In comparison with some of the older albums the veterans of Ivanhoe have made some small changes. The songs are more hard rock minded, the guitars have a bigger role and the songs are more to the point. This does not mean that Ivanhoe has left their progressive rock elements in the rehearsal room. It makes ‘Blood And Gold’ a more middle of the road album now, Ivanhoe sounds like any other band with a few songs though that have some subtle touches like ,,Fe Infinita’’, an acoustic based song where Koch performs a nice duet with female vocalist Yvonne Luithen. ‘Blood And Gold’ has a few other moments but in general lacks real bite and originality. The album does get a (minor) thumbs up but really not much more than that. I am afraid that only diehard fans of this group will take notice and that the other rockers will probably just ignore this.