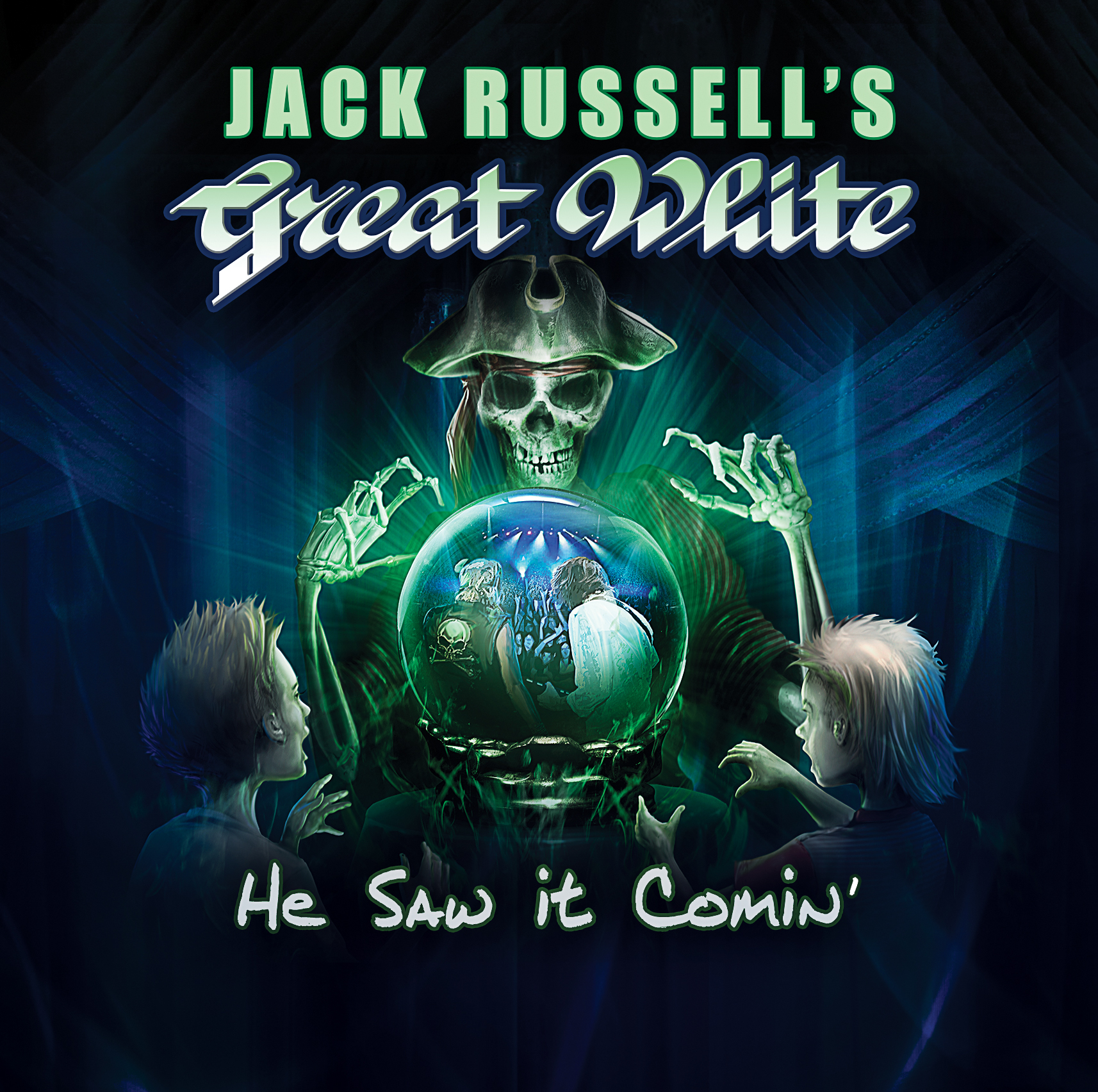 Singer Jack Russell has been operating since 2011 under his current banner/band name. It is actually pathetic how some of these old bands have been fighting over rights to the name like for instance Queensrÿche and Geoff Tate or even Ratt and their former drummer Bobby Blotzer. And there are more examples of musicians fighting each other in a court room after sharing stage and a stinky bus or hotel for many years. Also Jack Russell and the other guys from Great White like guitarist Mark Kendall have been bickering over the name but at least found a compromise giving Russell the chance to use a big part of the name. According to the info this record has the best parts of Great White. ‘Everything the fans have been waiting for and more’…. Well, I know the old and more current Great White material like my back pocket, but what I am hearing on ‘He Saw It Comin’’ has little to do with Great White. Yes, the voice is there and former bass player Tony Montana contributes to this album (guitar/keyboards) and is now also a songwriter with Russell, but that is it. Great White always had an excellent mix between bluesy based rock and melodic heavy rock, with hard edged songs like ,,Down On Your Knees’’ and some great ballads like ,,Save Your Love’’. This album has not even a handful decent songs, it is a middle of the road rock album that can be heard on every street corner in America. ,,Sign Of The Times’’ is a strong rocking opener and ,,Blame It On The Night’’ sounds pretty good as well, but the rest is in one word: disappointing! No balls, no catchy hooks, no remarkable vocal acrobatics, just predictable and sometimes even quite cheesy tracks like ,,Love Don’t Live Here Anymore’’ or ,,Godspeed’’. Back to the drawing board Jack!