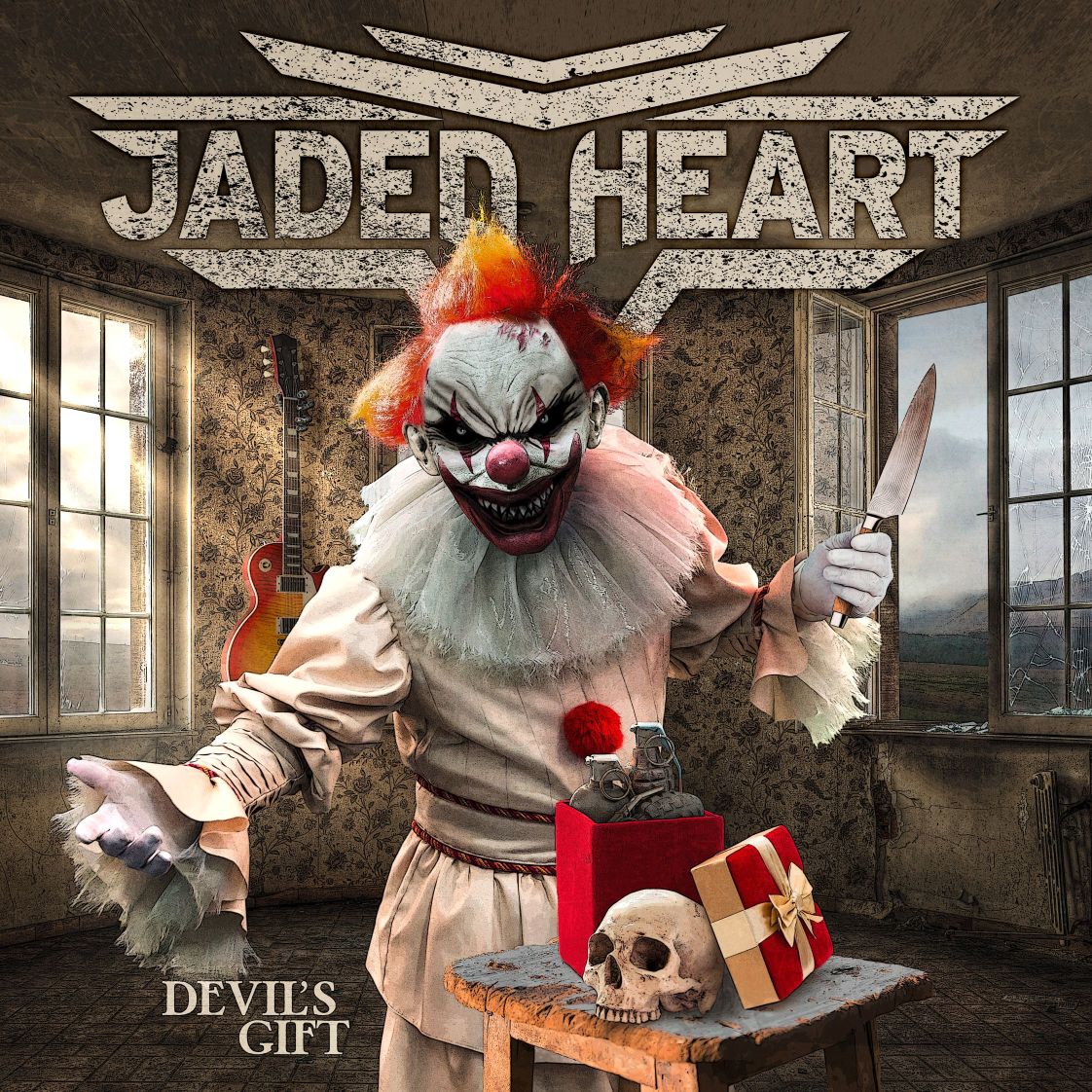 Jaded Heart has grown out to a band with several different nationalities. Although the roots of the group are German (bassist Michael Muller being the only original band member left) the adding of Swedish musicians Peter Ostros (guitar) and Johan Fahlberg (vocals) has changed things around a bit while the name of second guitarist Masahiro Eto also does not sound as someone coming out of Germany. The band has been around since 1990/1991 and never made the big time status. As a guy like Axel Rudi Pell Jaded Heart has been flying along under the radar but for sure have not been invisible during all those years. I was not so impressed by their 2016 effort ‘Guilty By Design’ and had some reservations when this record was put onto my reviewing plate. But hey, ‘Devil’s Gift’ gives us a rejuvenated, fresh and heavy sounding band. Having their CD mixed and mastered by Martin Ericsson (Eclipse/W.E.T.), who worked earlier with the band, has given the sound a big push forward as the whole CD sounds really energetic and ‘in your face’. Furthermore the bulk of the songs have been well written and performed, especially both guitarists excel as does singer Fahlberg. Every now and then the band sounds a bit cliché melodic metal perhaps but tracks like ,,Scream Of Anger’’ with some orchestral parts and the heavy metal anthem ,,One World’’ are quite impressive. This CD will not launch Jaded Heart into direct stardom but gives them enough rope to look bright into the future!