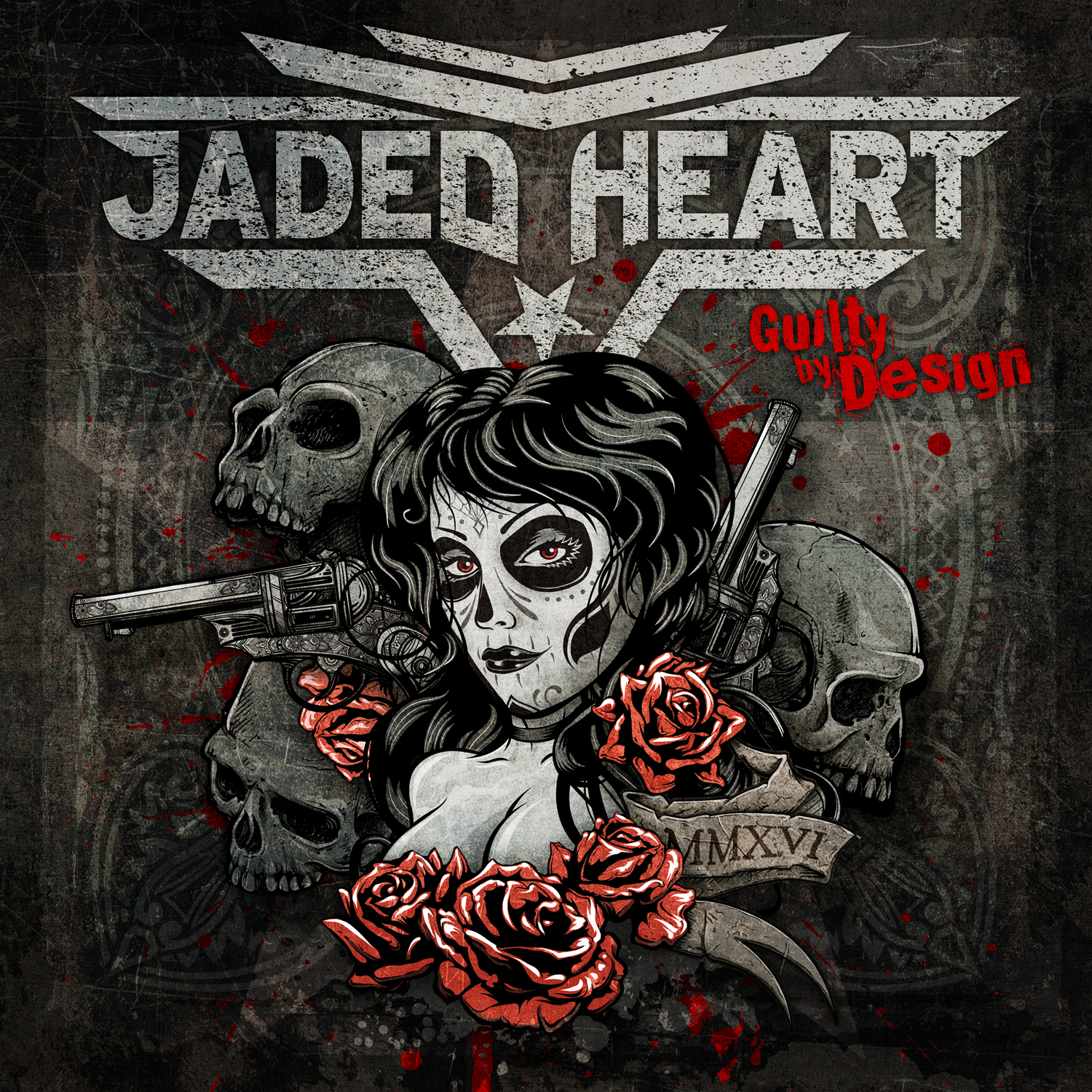 When singer Michael Bormann left Jaded Heart more than ten years ago, I lost touch with the group who went through several changes in line up, but kept delivering albums. ‘Guilty By Design’ is the first album without founding member Axel Kruse (drums) who is replaced by Bodo Stricker, leaving bass player Michael Muller as the only survivor of the original line up that started around 1990. The two guitarists Masahiro Eto and Peter Östros together with singer Johan Fahlberg complete the current team of Jaded Heart. Without calling the album spectacular Jaded Heart delivers a bunch of decent melodic hard songs like ,,No Reason”, ,,So Help Me God”, ,,Seven Gates Of Hell’ and ,,God Forsaken”, with strong vocals, decent solo’s and a steady rhythm section, but I miss some real strong songs. Numbers that take the CD to a higher level, songs that give an album a real spark, I did not hear any on ‘Guilty By Design’. It means that Jaded Heart after all these years is a band like many others in this style. Good to listen to but not making a lasting impression.