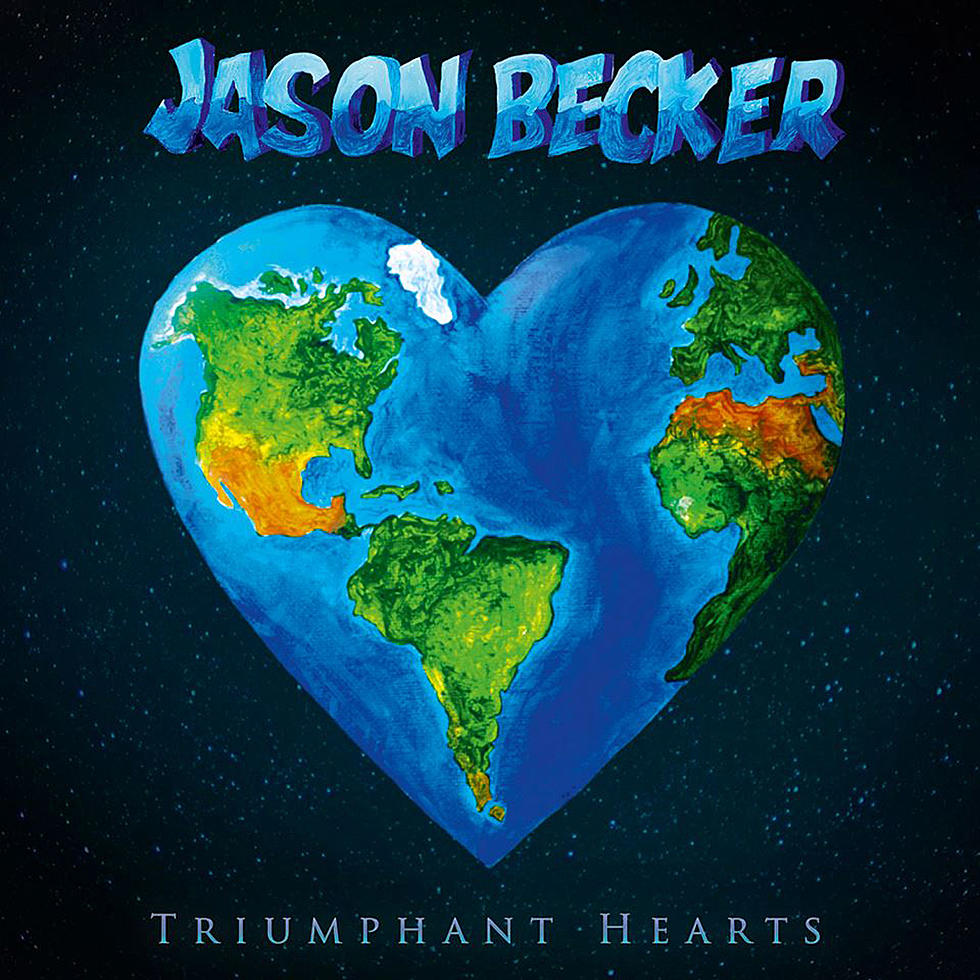 Way back in 1980 Mike Varney founded the Shrapnel Label Group and some people say that he was responsible for the huge mid-eighties guitar shred boom! Under Varney’s wings we got to know guitar pickers like Paul Gilbert, Tony MacAlpine, Vinnie Moore, Richie Kotzen and of course Marty Friedman and Jason Becker. The latter two made two great albums under the name of Cacophony and Jason Becker released his debut album in 1988. Becker’s first album called ‘Perpetual Burn’ was a guitar feast and milestone and I still often listen to excellent songs like ,,Altitudes” and ,,Air”. Sadly, for the music world Jason Becker was diagnosed with ALS in 1996 and he lost, among others, his ability to speak. Now, thirty years after his debut Becker is still alive, he even composes songs, and through crowdfunding, he was also able to release this new album called ‘Triumphant Hearts’. This “new” Becker album contains fourteen tracks of which nine are original ones; and Jason even plays guitar (despite his ALS…) on the Bob Dylan cover ,,Blowin’ In The Wind” and on the two old songs ,,Taking Me Back” and ,,Tell No Lies”, which were recorded in the late eighties. Becker composed all the tracks and then asked fellow guitarists to play on this record. So, you can enjoy smashing guitar work by Marty Friedman (title track), U.J. Roth (,,Magic Woman”), Satch and Steve Morse (,,River Of Loving”), Michael Lee Firkins, Steve Vai, Paul Gilbert, Neal Schon, Greg Howe, Richie Kotzen and Steve Hunter in ,,Valley Of Fire”. The latter track being the absolute highlight of this album, as it is a nine minutes guitar orgasm like you have never heard before!! Some of the songs contain violins, piano, horns and vocals and almost sound like movie soundtracks, but I prefer the guitar dominated ones like ,,River Of Longing”(a nice blues rock jam), the two “real” Jason Becker songs and the already mentioned ,,Valley Of Fire”. A great album and a must have for guitar lovers and Jason Becker fans!