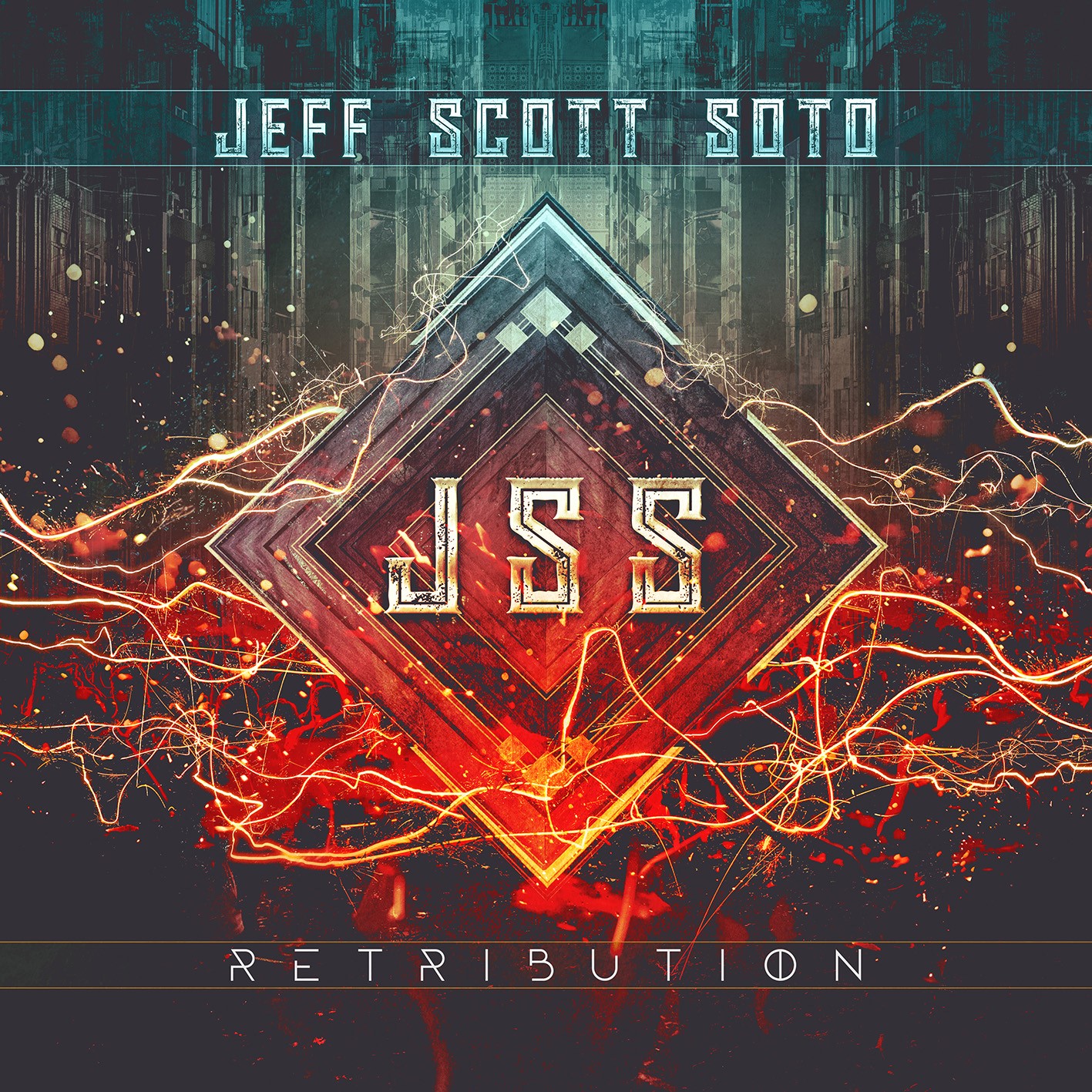 He is the guy that can do any singing job required. AOR, metal, progressive metal or classic heavy metal, when Jeff Scott Soto is in the line-up you just know things will turn out all right at least but great in most cases. His track record is impressive: Yngwie Malmsteen, Eyes, Axel Rudi Pell, W.E.T., Talisman, Soul Sirkus, Journey, Soto, Trans-Siberian Orchestra, Takara and more recently Sons Of Apollo are just a few examples of bands and projects that Jeff got involved with and I have probably forgotten a few as well. We have not even mentioned the many albums of various acts where Jeff featured as a guest vocalist. And on top of that Jeff has always found the time and made the effort to create and release some solo CD’s as well as is now the case with ‘Retribution’, being his sixth solo effort. For this CD Jeff has fallen back on his good pal and guitarist Howie Simon (played bass on most tracks as well) and drummer Edu Cominato plus a few guest guitarists. It is also a sort of an celebration that Jeff and Frontiers Music already have a fifteen year working relationship as I believe that all the solo stuff from the singer has been released by the Italian label. ‘Retribution’ brings us a strong selection of melodic heavy rock songs in a style that fits Mister Soto like a glove and gives him all the room he needs to shine and impress. I suppose at the end of the day ‘Retribution’ is not a complete surprise anymore if you are familiar with Jeff’s other records like for instance ‘Love Parade’, ‘Prism’ or ‘Damage Control’, but yet again the quality of the performance is impeccable and songs like ,,Feels Like Forever’’ (ballad), the fierce rocker ,,Retribution’’ or the middle tempo cracker ,,Last Time’’ are just a pure joy to hear. New material of W.E.T. is coming in 2018. Until that time fans of the man can console them self with Sons Of Apollo and this record!