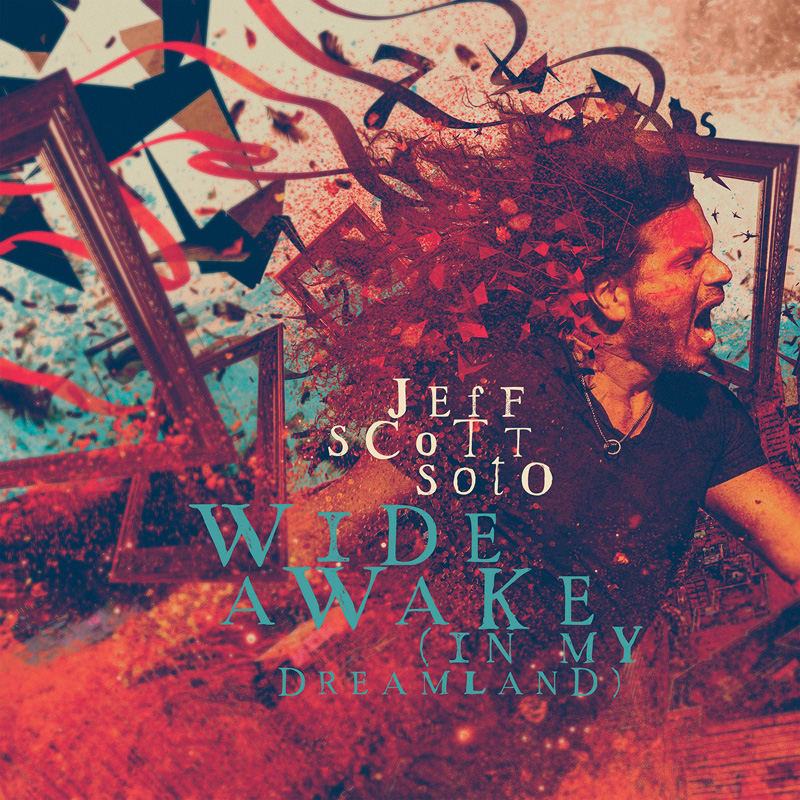 A man who does not need an introduction! A man who is in my top five of favourite singers. A man who has been around for several decades and always delivered. A man who is resilient, who can tackle any genre in rock music, whether it is metal, AOR, hard rock, classic rock and even funk. A man that does a good cover as well if he wants to. A man that has been part of many bands. A man who is well respected in the rock community and rightly so. The name is Jeff Scott Soto and ‘Wide Awake (In My Dreamland)’ is his seventh solo-album but when you look at his stellar career and his many contributions his total reaches far above eighty albums, DVD’s and videos.

For his latest effort Jeff teamed up with Frontiers staff producer/multi-instrumentalist Alessandro Del Vecchio, guitarist Fabrizio Sgattoni, guitarist August Zadra and his current side-kick Edu Cominato, the drummer of his band Soto. Jeff wears many musical hats as we all know. But he has such a distinctive voice that he always manages to put a certain stamp on any song material he is involved with.

This new record is more or less a combination of his previous solo stuff. The bulk is up-tempo melodic hard and heavy rock and on those songs Edu Cominato is absolutely a driving force behind the songs that Jeff wrote with Mister Del Vecchio (who also plays bass, keyboards and guitar). Obviously there are a few ballads included (,,Without You’’ and ,,Between The Lines’’), a speciality of the Soto house, but this time the mid-tempo and driving title track is the one that really steals the show with its force and melody. This is a very powerful album in general, Jeff opting to rock out more on this one with also a big role for guitarist Sgattoni, whose shredding sometimes brings back memories of Talisman.

Furthermore ‘Wide Awake (In My Dreamland)’ has those big choirs that are so typical for Soto’s style and vocal approach. It might not be the most surprising album of 2020 but it is solid, has no fillers and as always Jeff Scott Soto manages to touch our hearts with that superb voice! By the way, this release comes with a very nice bonus as well. Jeff Scott Soto and band played at the Frontiers festival in 2019 and that show is added on an extra CD. That is value for money!