JEFFERSON STARSHIP-Mother Of The Sun 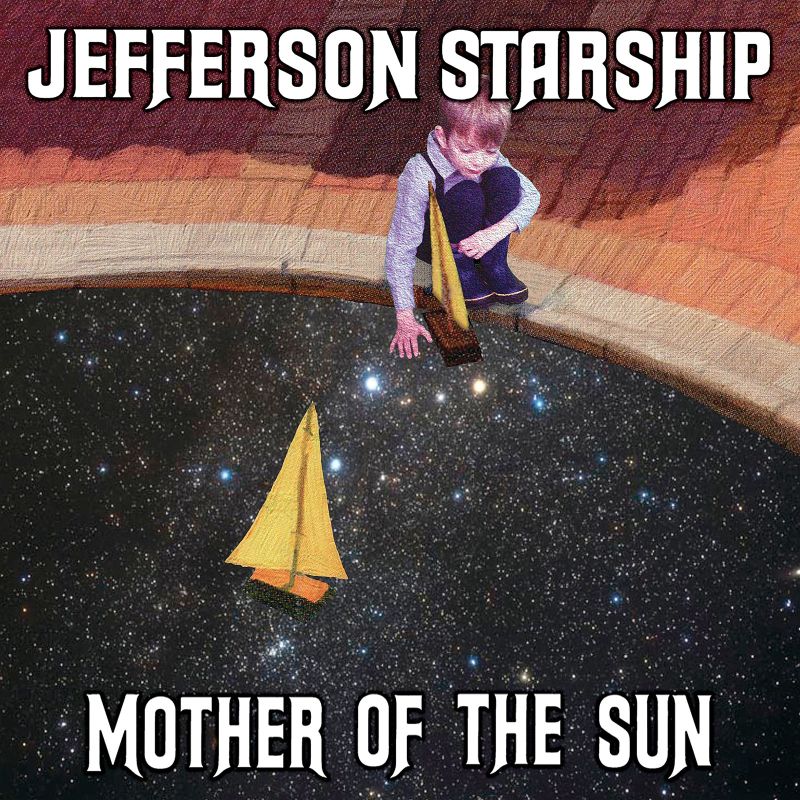 JEFFERSON STARSHIP-Mother Of The Sun

Jefferson Starship is a band with a big history. Originally formed from the ruins of the sixties psychedelic rock group Jefferson Airplane when they split up into two groups with guitarist Jorma Kaukonen and bass player Jack Casady forming the group Hot Tuna (several excellent heavy rock albums in the seventies like ‘Hoppkorv’, ‘Yellow Fever’, ‘America’s Choice’ and the live record ‘Final Vinyl’) while guitarist Paul Kantner and female vocalist Grace Slick went on to form Jefferson Starship with guitarist David Freiberg. Commercially Jefferson Starship was quite successful scoring hits like ,,We Built This City’’ and ,,Jane’’ and they had a long career although the line-up changes were numerous and at one stage the band changed the name to Starship. In 2016 founding member Paul Kantner passed away, while Grace Slick already had retired a few years earlier. But Kantner told Freiberg and the line-up the band had then (and now) to go on and keep making music and after an hiatus of almost twelve years since releasing new material Jefferson Starship is back with a new EP that is actually quite energetic and good as well. The only song that is a bit disappointing is the slow and soppy ballad ,,Don’t Be Sad Anymore’’ (sung by Freiberg) but when current female singer Cathy Richardson opens her mouth it all sounds quite pleasant and rocking. Obviously the average age in this group is not twenty five anymore but it is hearth warming to hear how energetic rockers like ,,It’s About Time’’, ,,Setting Sun’’ and ,,What Are We Waiting For’’ are thrown out there while ,,Runaway Again’’ is a nice melodic ballad with excellent vocals. Guitarist Jude Gold has his say on the instrumental live-track ,,Embryonic Journey’’ and the closer is the already mentioned ,,Don’t Be Sad Anymore’’. Old times might never return again but ‘Mother Of The Sun’ is a rocking statement that I really had not expected anymore. A welcome sign of a band with a big past and possibly also with a future again.