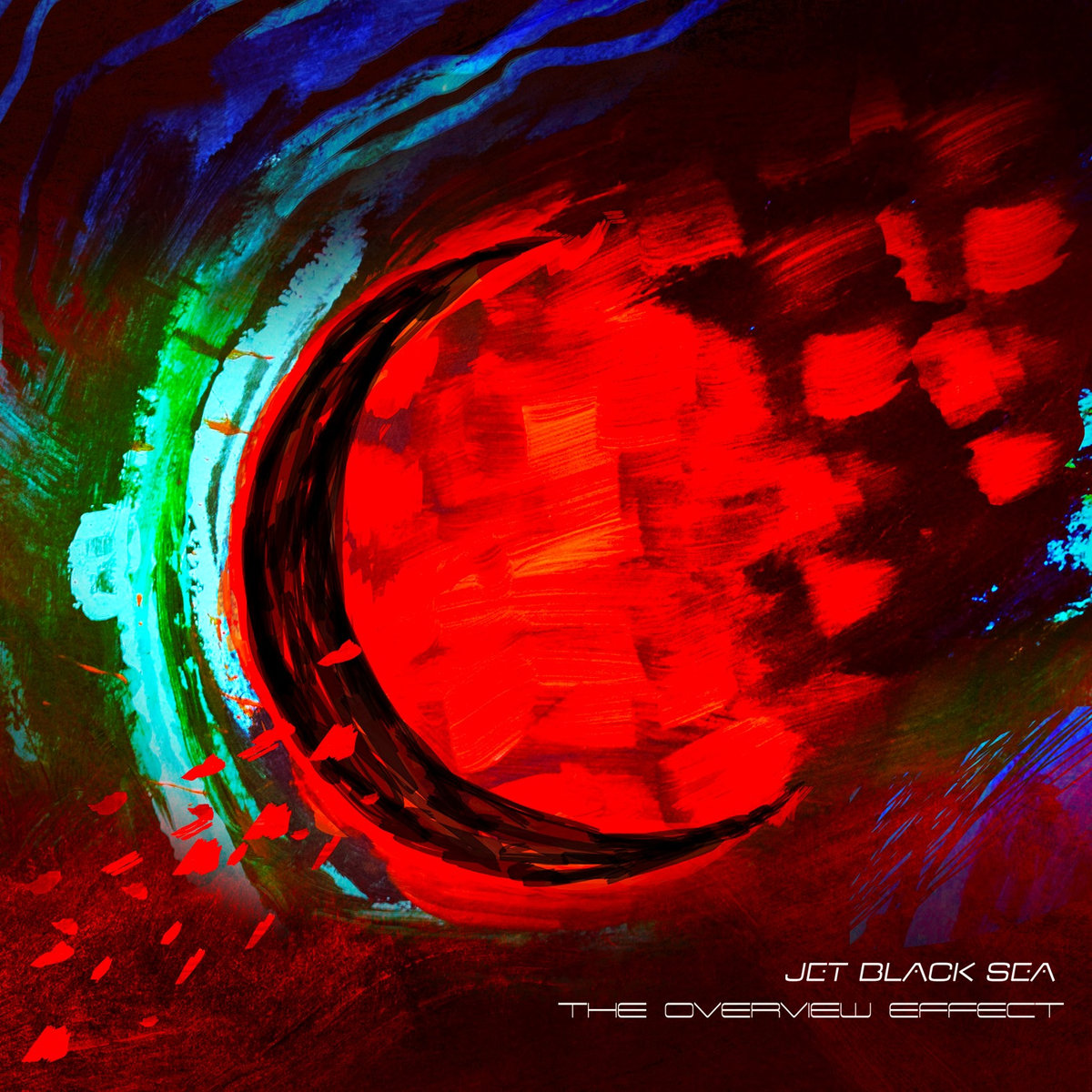 Three songs only, but nearly 45 minutes of music is what progressive sci-fi act Jet Black Sea offers on `The Overview Effect’. The ambient opening ,,Escape Velocity” hallway in is replaced with poly rhythmic drum rolls and guitars making it bloom. Vocals are somewhat frantic adding to the dramatic course the song takes, while a solo makes it dive deep towards the abrupt end. It makes way for the sonic journey of the 35 minutes long title track that shifts shape during its captivating enrolment. It is atmospheric and sonically depicts the life changing experience of astronauts returning from outer space. It hints mood sets and pace of classic Pink Floyd tracks while it is more clinical and modern edged. Ambient soundscapes drawn up by programmer Michel Simons align with the intriguing storyline from the hand of philosopher Frank White. Taking his book with the same name as starting point for this sonic expedition, the space travellers’ lack to feel bonded with planet earth rather than the wideness of space. This deeply rooted bond with the wide emptiness of what’s beyond our horizons is withering and restrains them from restarting their regular daily life as they knew it, straying from family and relatives. The impossibility to mobilize feeling and put to words is captured in the astounding track which makes ambient new age scales impact with orbital melodic rock. The clinical computer music is psychedelic and cuts deep when it interacts on a higher level with Adrian Jones’ melodramatic guitar solos. He injects an earthy and rock drenched toning to make this album more appealing. It’s tasteful and melodramatic, but it hints a certain greatness telling and depicting a story. The entire run is impressive and leaves enough room for your imagination. While thoughts wander off in different direction with beats and percussion pasting a different atmosphere fluently flowing. It is almost like water floods and ebbs in serenity and takes emotions back and forth. The dreamy vocals, reminiscent to Gilmour, enhance the gripping tendencies. 35 minute spun it feels like it runs for only a minute or 10. ,,Home (E.D.L.)” is timid and fragile but unloads in a large pompous wall of sound with an impressive guitar solo over the lush piano pieces of the track. It also embellished lush drum patterns present on the entire album, which injects an organic feel.

The addition of Adrian O’Shaughnessy’s vocals is widening the musical variety. The soundscape of the album itself is impressive and the dramatic and intense vocals add up to the overwhelming storyline and sound of the album. It’s captivating but I’m afraid it isn’t rocking enough to attract the masses.