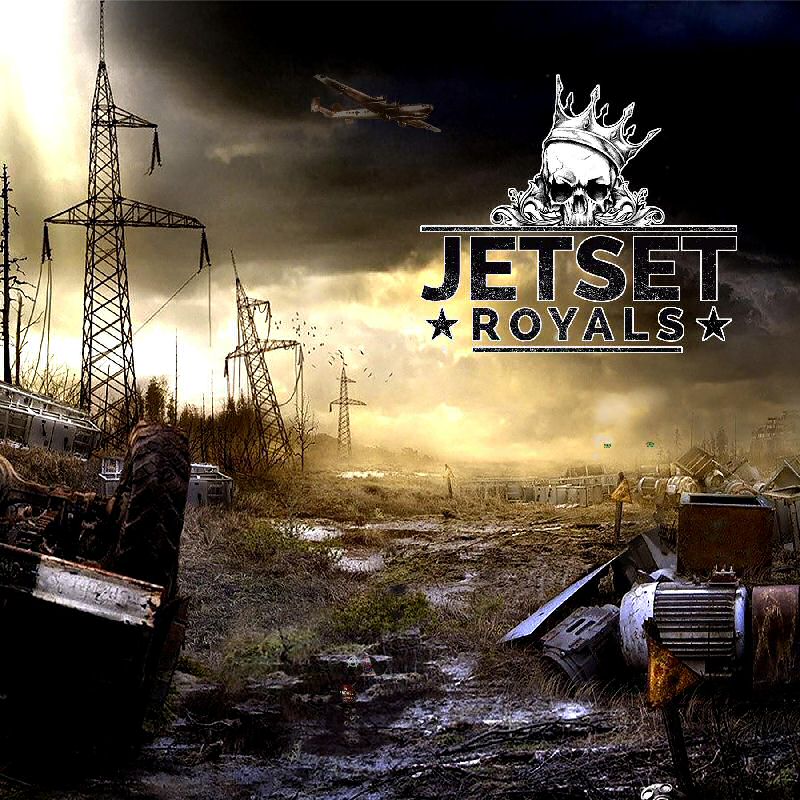 In my opinion he is one of the finest rock singers on this globe but he is just known to the happy few. I am talking about Keith Slack who sang in the formations Steelhouse Lane (with guitarist Mike Slamer; two great melodic rock albums were recorded and released), Mudpie (bluesy rock) and he had a stint in the Michael Schenker Group. Slack also recorded a solo-CD ‘Bent, Not Broken’ in 2007 and was involved with the band Mother Road that recorded the CD ‘Dive’ a few years ago. The latest band that Slack is involved with is called Jetset Royals where he also plays drums. He is accompanied by guitarist Gerard Garcia (also played on ‘Bent’ Not Broken’) and bass player Micah Denzlinger. People that know of Keith’s performances with Steelhouse Lane, Mudpie and Michael Schenker Group and expect music in the same style and vocal pattern will be surprised as Jetset Royals is a different cup of tea indeed. This band produces twelve songs that can be described as a combination of classic rock meets a heavy and alternative rock style. Slack’s vocals on this CD are dynamic, powerful and a lot grittier than in his earlier days. When you listen to the variation that is supplied by Jetset Royals you sometimes wonder what kind of direction the band prefers. ,,Wearing It Out’’, ,,Ship Of Fools’’ and ,,Wicked’’ are straight forward in your face rock songs that leave no stone unturned, while ,,Long Way Out’’ has a more southern flavour with its southern influences and slide-guitar parts. On the other hand ,,Plastic Peace’’ has a more Zep/funk character. It seems that Jetset Royals sounds all over the place as they cannot be directly pigeonholed into a certain genre, but something tells me that this is the way Jetset Royals intended it to be. It might take some time to get into this but when you do you are in for a roller coaster ride!