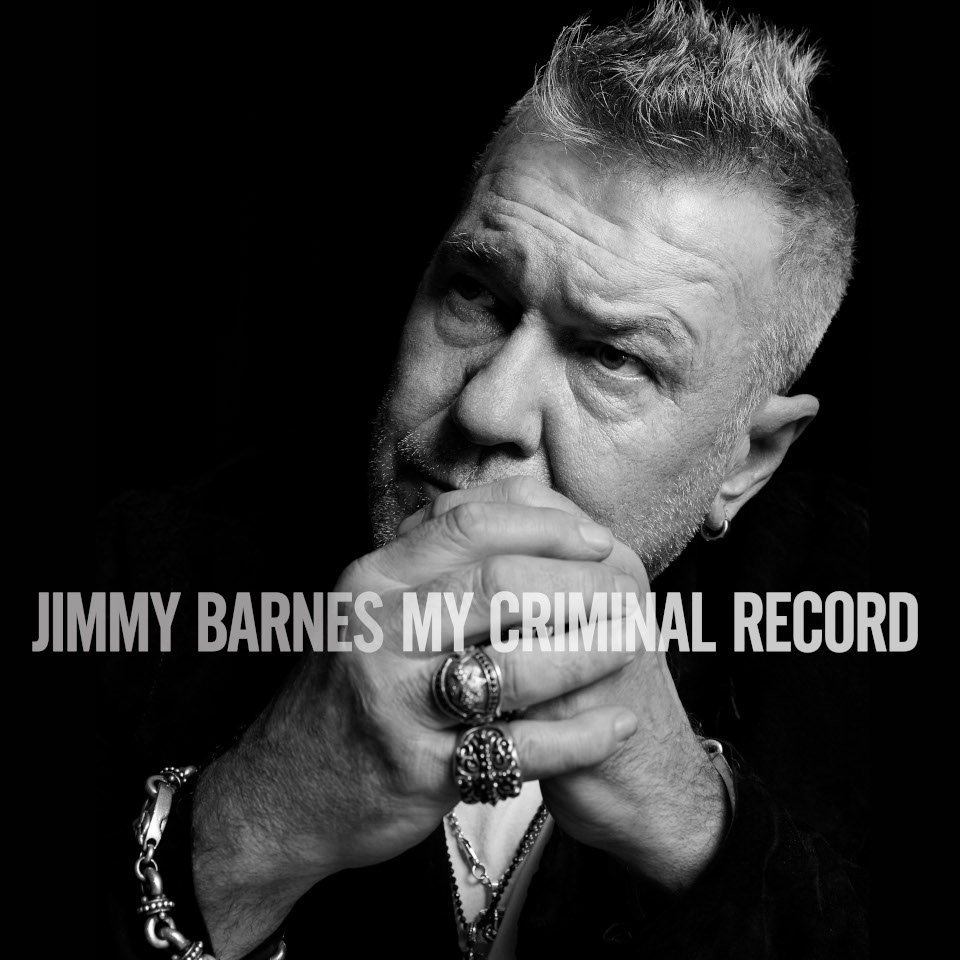 If you live in Australia and whether you care about music or not, if you have not heard of Jimmy Barnes you must have been living in a cave with no television, radio or any sort of social media. This singer/song writer is something of a living icon over here in Aussieland, although he was born in Scotland. His family immigrated to Adelaide, Australia in 1962. ‘My Criminal Record’ is the 17th solo effort of Barnes who rose to fame with the band Cold Chisel in the seventies/early eighties before starting his own thing somewhere in 1983/1984. Every now and then he reunites with Cold Chisel for a tour or a record but he mainly concentrates on his own career that has been blooming from day one. I have always followed the man, had the pleasure of interviewing him several times. Barnes has never even forgotten where he came from and the rough upbringing he had. Barnes has never been a poster boy and never will be. Still, with age he has become a lot milder even guiding a few of his children through their musical career. It comes a no surprise that his children Mahalia (vocals) and Jackie (drums) are involved on this album, an album that lyrically digs deep into Jimmy’s past. Take for example ,,Shutting Down Our Town’’ that deals with the town where he grew up and that was largely depending on the Holden car factory. Once the factory was closed it brought the downfall of the town and many people. Jimmy escaped through music thanks to his brother John who was an artist himself under the name Swanee and he inspired his younger brother. Jimmy became known as the singer of Cold Chisel and the many wild concerts that band played in their early and most successful years. Although Cold Chisel was much more than a jump board to launch his own career from Jimmy became the most successful artist in Australian rock history with albums like ‘Bodyswerve’, ‘Freight Train Heart’, ‘Two Fires’, ‘Heat’ and even a soul inspired album called ‘Soul Deep’. He also had a spell living in Europe in an effort to launch his career there. But Australia is his main hunting ground, his home, where it seems he can’t do any wrong. So what about ‘My Criminal Record’? On this album Jimmy reconnects with his rock roots under guidance of producer Kevin Shirley (Joe Bonamassa/Journey) and with guest appearances from drummer Jason Bonham, guitarist Pat Thrall (ex-Pat Travers and Hughes/Thrall) plus guitarist Joe Bonamassa. Also Jimmy’s brother-in-law Mark Lizotte (better known under his artist name Diesel) is present with a composition and his guitar. I am not saying that ‘My Criminal Record’ is as good as the above mentioned albums but with certain songs and with his intensive manner of singing in his own so typical style Jimmy at the age of 63 still proves that he can rock if he wants to do that (,,I’m In A Bad Mood’’, ,,Shutting Down Out Town’’). Barnes has co-written most of the songs together with Don Walker, the main composer for Cold Chisel. There are also some more middle of the road songs there as well where the album features some other musical influences (,,Tougher Than The Rest’’, the title track) but in one way or another it all just fits together pretty well. The CD is available as a regular 13 track jewel case and a limited edition 2-CD that features the excellent rocker ,,Waitin’ On A Plane’’ (should have been on the regular jewel case as well in my opinion). I had not expected the earth from this album to be honest but slowly but surely ‘My Criminal Record’ with its mood changes (,,Money And Class’’ could have been on any particular Rival Sons record!) grows and grows.  Maybe ‘My Criminal Record’ will have the same effect on you….