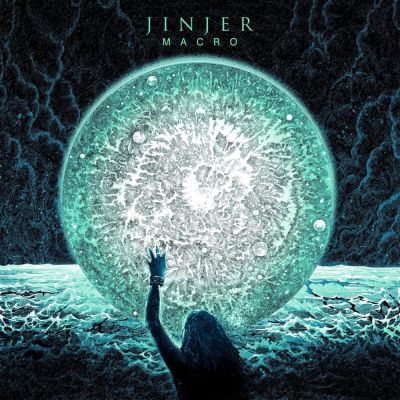 What do we know about the Ukraine? Besides the country delivered one of the most spectacular football players in Andriy Shevchenko and is fighting with Russia about the Crimea, I actually don’t know much about the country that gained independency from the Soviet Union in 1991. So when Jinjer released their already second album ‘King Of Everything’ back in 2016, that was actually a pretty big thing and brought the Ukraine back on the map. The band with singer Tatiana Shmailyuk is a god damn power house. Earlier this year, the band already released an EP called ‘Micro’. Now they re-size it and follow with the third full length album called ‘Macro’. The times were Jinjer were the secret tip are long gone. Everyone (I hope you too) know that these guys belong to the future of modern metal. What I like the most is the interesting mix of different musical influences they suck in and create a new and fresh twist of metal. Touring their asses off, the world will soon see them play even bigger stages. There is only one way to go for Jinjer and that’s up.