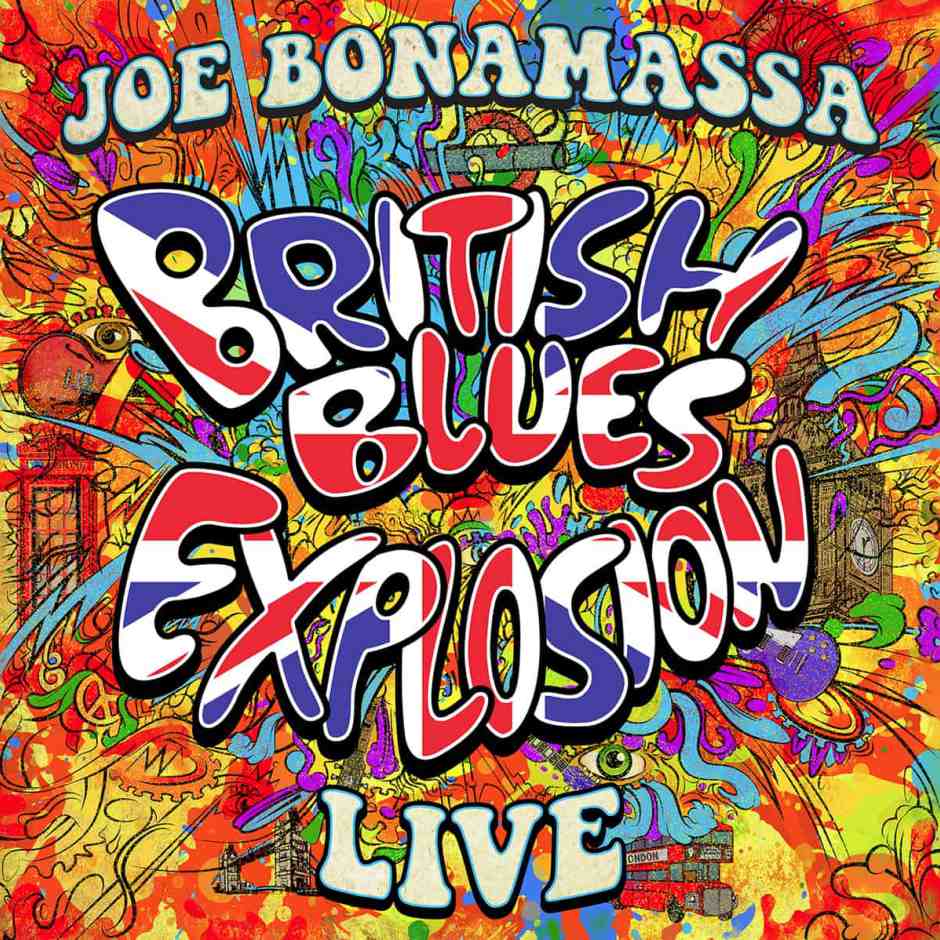 Joe Bonamassa keeps pushing them out: CD’s, DVD’s they keep coming with a regularity that is second to none. After collaborating with Black Country Communion and Beth Hart his latest is a double live CD recorded on July 7, 2016 and left on the shelve for a while as other releases might have had priority. I must say that his studio releases have always been excellent but live he has now made a few CD’s with the emphasis on as well the guitar and his singing but also experimenting with horn sections and other ‘things’ that made things less interesting in my opinion. And add to that the fact that there have been a few too many live releases the last couple of years on top of the studio efforts. He is a hard working musician, nobody can deny that, but maybe it would be good for someone to tell him that sometimes it is okay to take a step back, take stock and refocus. We don’t want him to suffer from a burn out, do we? Having said all that I am happy that Joe on ‘British Blues Explosion Live’ has gone back to his true strength and that is the guitar. This is how Joe Bonamassa should be, exploiting his enormous talent as a guitarist, developing his singing and concentrating on blues and rock. As the CD title already makes clear this time Joe pays tribute to the sixties and early seventies rock bands and artists like Led Zeppelin, John Mayall, The Yardbirds, The Faces, Jeff Beck, Eric Clapton and Jack Bruce of course. Assisted by seasoned musicians like drummer Anton Fig, keyboardist Reese Wynans, bass player Michael Rhodes and rhythm guitarist Russ Irwin and backed by his steady producer Kevin Shirley Bonamassa gives us a history lesson in blues and rock that is strong and passionate. Especially the input of Russ Irwin gives Bonamassa the opportunity to shine as lead guitarist giving the songs that extra necessary ‘punch’. Several songs might sound familiar but Bonamassa chose to mainly play songs that may not have been so popular in their day perhaps. The only disappointing thing about this release is the medley ,,Tea For One/I Can’t Quit You Baby’’. On his studio CD ‘You And Me’ Joe recorded a blistering version of ,,Tea For One’’ (a Led Zeppelin composition) but on this CD only a small fraction of that song is being played. But hey, that is more on a personal note. I had hoped that the whole song would be on there. Too bad for me but for the rest it is an intriguing performance by the man and his band. I wonder what his next episode will look and sound like. Hopefully this CD and the activities with Black Country Communion have given Joe the inspiration for (even) more guitar driven outings in the future. We probably won’t have to wait long to find out.