JOE BONAMASSA-Live At The Greek Theatre 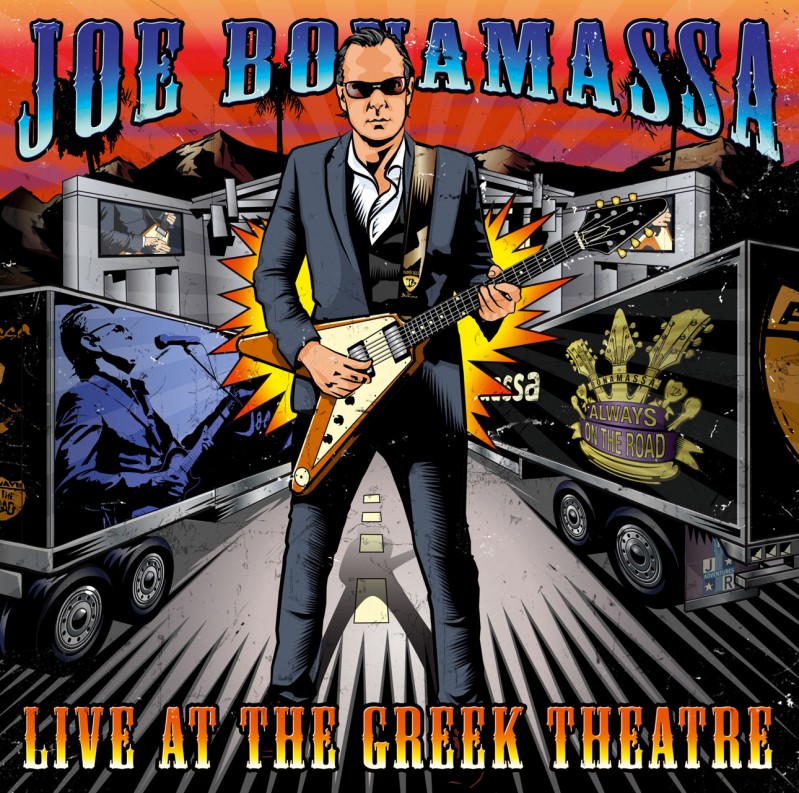 JOE BONAMASSA-Live At The Greek Theatre

I am not far beyond the truth when I say that Joe Bonamassa is one of the hardest working musicians the world has ever seen the last 15 years or so. He is constantly on the road or in the studio. Earlier this year he released the studio CD ‘Blues Of Desperation’ and now there is a double live CD and DVD ‘Live At The Greek Theatre’. It is a special release for Joe as he pays tribute to his heroes Freddy King, Albert King and BB King. Three blues greats that have been a big inspiration for Joe. As usual Joe and his musicians and backing singers (that features Jimmy Barnes’ daughter Mahalia) expeditiously perform the songs which are produced by Joe’s steady producer Kevin Shirley. The band Joe is using includes the very experienced drummer Anton Fig, top keyboardist Reese Wynans (who gets several solo spots on this record) and bass player Michael Rhodes. I suppose that these guys are among the top sessions musicians around these days. For the fans of traditional blues rock this is as release to cherish, as the band is in blistering form on known tracks like ,,Oh, Pretty Woman’’, ,,Born Under A Bad Sign’’, ,,I Get Evil’’ and ,,Lonesome Whistle Blues’’. There is only one but for me. I am personally not keen on too many horn sections, saxophones and trumpets. And on this release there are quite a lot of them, too many for my liking, but like I said it is purely personal. Still, I enjoyed the record, as Joe is a hell of a guitarist and he delivers many cool parts on this one. But I am looking forward to the next Black Country Communion record where Joe once again will team up with Glenn Hughes, Jason Bonham and Derek Sherinian. Fireworks in the making! Until that record is there I guess this one and ‘Blues Of Desperation’ will do for the moment.