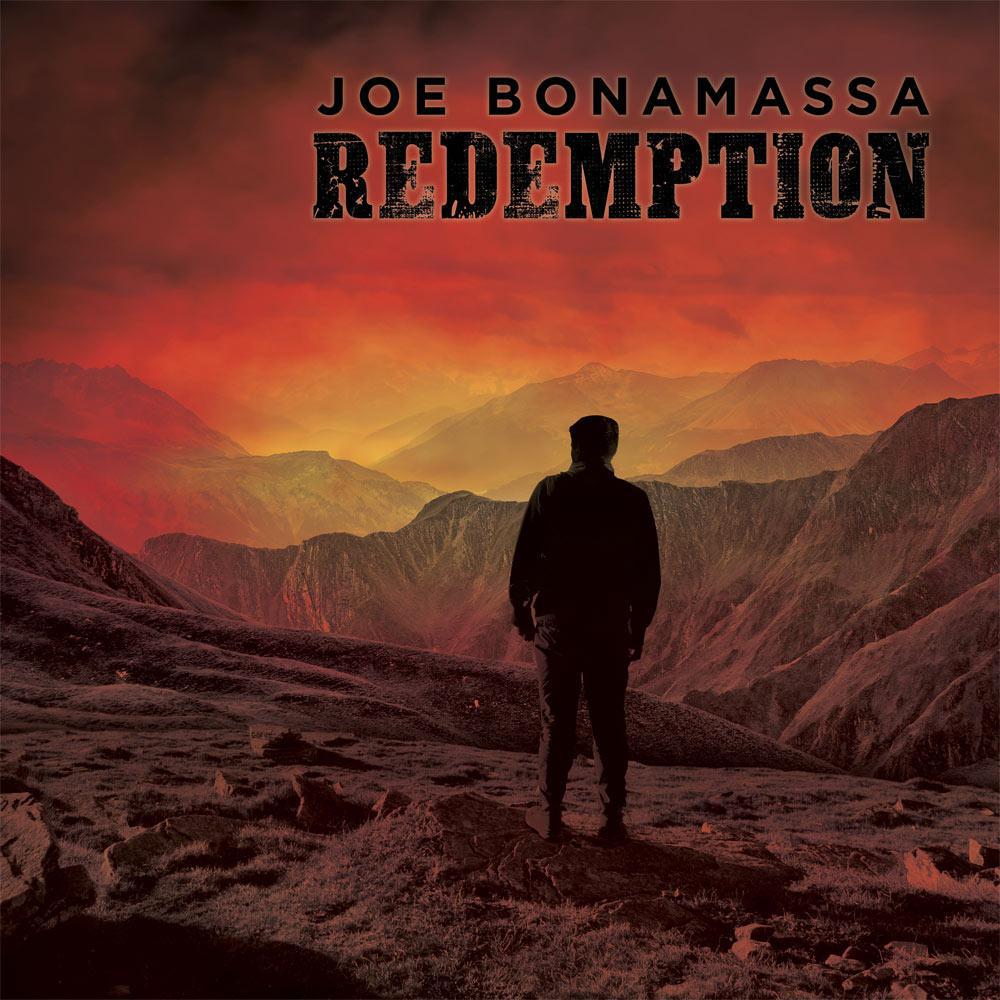 The number 13 is often referred to as a number that brings bad luck. Old wives tales of course. Still, the 13th studio album by Joe Bonamassa could bring the singer/guitarist more luck than harm. Why? I will explain that soon. The thing with Joe is that he brings out so much material (under his own banner, with Beth Hart and with Black Country Communion) and he tours so extensively that he has become more than a house hold name in the blues and rock genre. I started to wonder if he was not working too hard and that the schedule would do harm to his health and his quality of music as (honest as we are) not all of his latest releases were completely up to scratch. Maybe a small break would recharge the batteries and refocus on his musical feature. Stuff that! Break? What break? ‘Redemption’ is here and here to stay. A good chance to check out this album for yourself is taking a trip to You Tube or more specific JoeBonamassaTV, his own channel. A bunch of songs of ‘Redemption’ are showcased there with lots of images from the studio and the involved musicians. Joe works with a steady bunch of guys these days (drummer Anton Fig, bassist Michael Rhodes and Reese Wynans on keyboards) while producer Kevin Shirley is like Joe’s musical right arm and mentor. For this album Joe decided to involve two different guitarists (Kenny Greenberg and Doug Lancio) adding some extra beef and giving him the chance to concentrate a bit more on his solos and singing. Some of the lyrics are clearly very personal. So why could his 13th studio album be a lucky one for Joe? Because on ‘Redemption’ his singing is exquisite, the songs are mostly great and very versatile and with his band Joe explored paths to add more angles to his rock and blues style, even doing a duet with country singer Jamey Johnson on the subtle song ,,The Ghost Of Macon Jones’’. A fine effort that song is. But there is a lot more. Opener ,,Evil Mama’’ and follow up ,,King Bee Shakedown’’ are style wise two completely different cups of tea but give the album a swinging start. And the highlights keep coming with the rocker ,,Molly O’’’ or the fantastic ,,Self-Inflicted Wounds’’ and ,,Deep In The Blues Again’’. As a guitarist Joe has quite a lot to offer as his solos are most of the time breath taking. Bonamassa is now seen as a major act in blues and rock, that much is clear and he has to deliver the goods now as his reputation is at stake. He has delivered with ‘Redemption’ although personally there are a few songs on there that do not completely work for me (,,I’ve Got Some Mind Over Matters’’ – too cliché, and ,,Pick Up The Pieces’’ – a bit boring). The conclusion is that maybe not all twelve songs are as convincing as each other but the bulk is just great and the record confirms yet again that even after many years in the business this man follows only his own lead and sets musical trends all by himself. And those trends are still developing as Joe Bonamassa is not afraid to cross musical borders. Not convinced? Take a trip to JoeBonamassaTV, have a look and listen and see how you feel then!