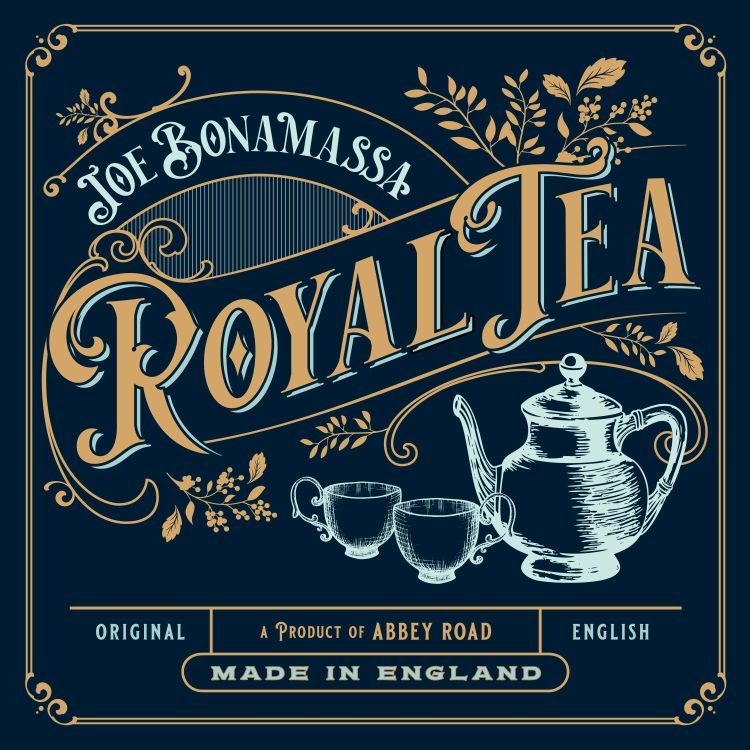 Has Joe Bonamassa released too many CDs this decade? Maybe so, but the man is a workaholic and now that touring is not on the cards you have to do something with your time. And let us be honest, most of the time Joe has come up trumps with quality music. If you are a fan of the singer/guitarist you have been in for expensive times as the rate of releases was pretty high. In January 2020 Joe and his band (Anton Fig-drums, Reese Wynans-keyboards and bass player Michael Rhodes) entered the famous Abbey Road studios In London together with their steady producer Kevin Shirley to record ten brand new songs of which four have been co-written by former Whitesnake guitarist Bernie Marsden. But strangely enough Bernie has not played guitar on this one, only some back ground vocals on the album closer ,,Savannah’’.

Joe Bonamassa has always had a lot of admiration for British guitarists like Jeff Beck and Eric Clapton and I just can’t escape the feeling that ‘Royal Tea’ is a sort of a thank you of Joe towards his British rock and blues influences. And that has resulted in a fine and lasting record full of variation, depth and in some cases excellent songs as well. Joe has got a very experienced team around him. The above mentioned musicians have been with him for some years now and Kevin Shirley is his to go to producer and when you listen to ‘Royal Tea’ with its various moods and great overall sound and musical performances you can only come to the conclusion that after ‘Blues Of Desperation’ (2016) and ‘Redemption’ (2018) this ‘Royal Tea’ album is indeed a record that has great quality and musicianship. At times heavy and inspired (,,Lookout Man!’’), at moments mellow, slightly traditional and very melodic but with a constant overall quality and a huge musical brightness. Great cover design and some interesting liner notes by Mister Bonamassa himself and as a fan you can only do one thing: buy the goddamn CD or vinyl.