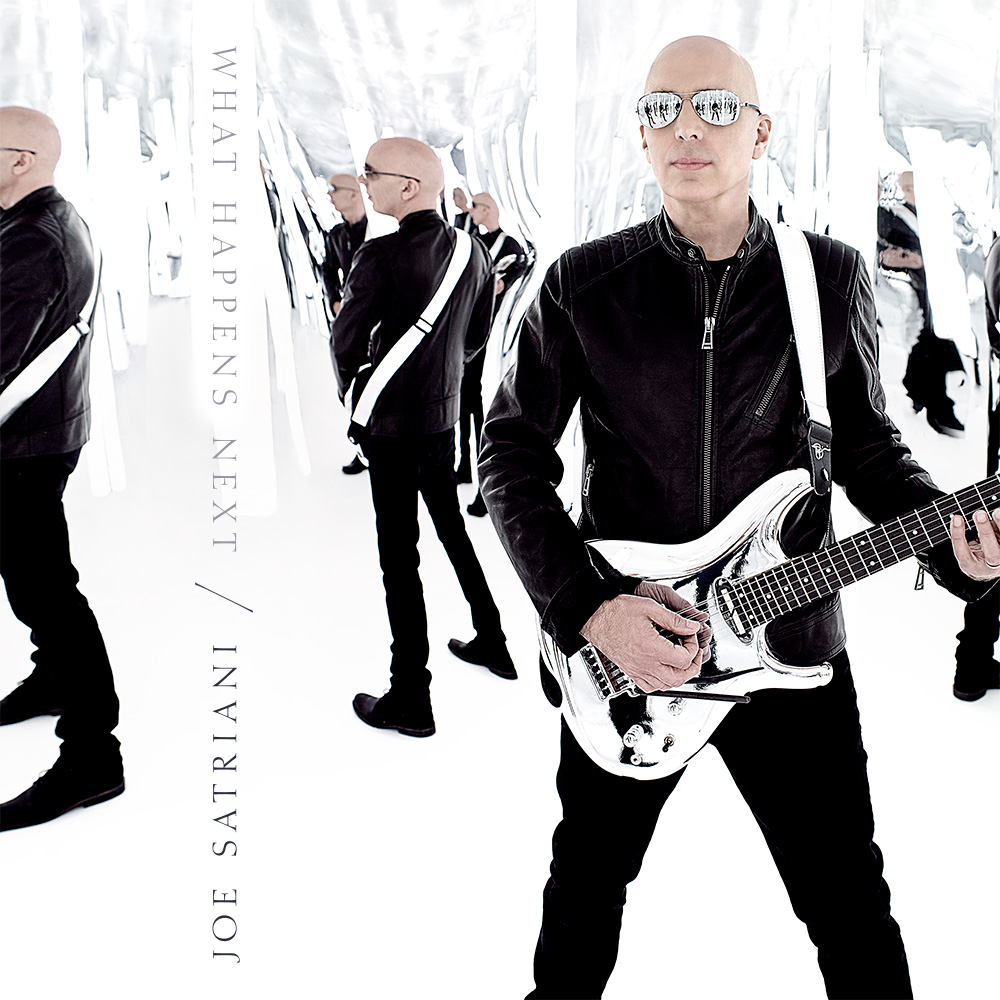 February 9, 2018 by Michel van de Moosdijk - More about our team

How do you keep your music that is purely instrumental interesting for your audience and challenging for yourself? It is something that must have played through the head of guitarist Joe Satriani when he started writing music for his 16th solo album. He made a few brilliant moves that have worked out well for Joe. He hired top producer and engineer Mike Fraser for the production and he recruited two musicians that are true friends in real life and have played with each other on several occasions but not on a permanent basis. Drummer Chad Smith (Red Hot Chilli Peppers) has played on a few Glenn Hughes albums in the past and they shared the stage together but because of conflicting schedules and commitments with The Peppers Chad Smith never was able to join the Glenn Hughes band. Now Hughes and Smith are playing together as a rhythm section for Joe Satriani, a move that has worked out astonishingly well for all participants. I might be mistaken but this could be the first record that Glenn Hughes has ever worked on without being involved as a singer as well. The participation of this duo must have given Joe Satriani the inspiration to dig deep in his musical reservoir as the man has come up with pure rock songs dominated by some exquisite themes. Where Joe had brought in several progressive elements in his latest albums, now he is back to square one: an eruptive rocker in heart and soul. The first song on the CD called ,,Energy’’ tells already a lot of the story. Hughes and Smith fire it up letting Satriani go all out with strong riffs and gut wrenching solos. It is remarkable how joyful, vibrant and hard rocking this CD has turned out to be. Naturally, there are several moments where the gas pedal is not going full throttle, as Joe added some (more background) keyboards to the mix while Glenn Hughes gets a few small solo parts as well, but believe me when I say that ‘What Happens Next’ is just as good or maybe even better as albums like ‘Surfing With An Alien’, ‘Not Of This Earth’, ‘The Extremist’ and ‘Flying In A Blue Dream’. Excellent CD that entertains from the first until the last second. This records just belts out of your speakers!