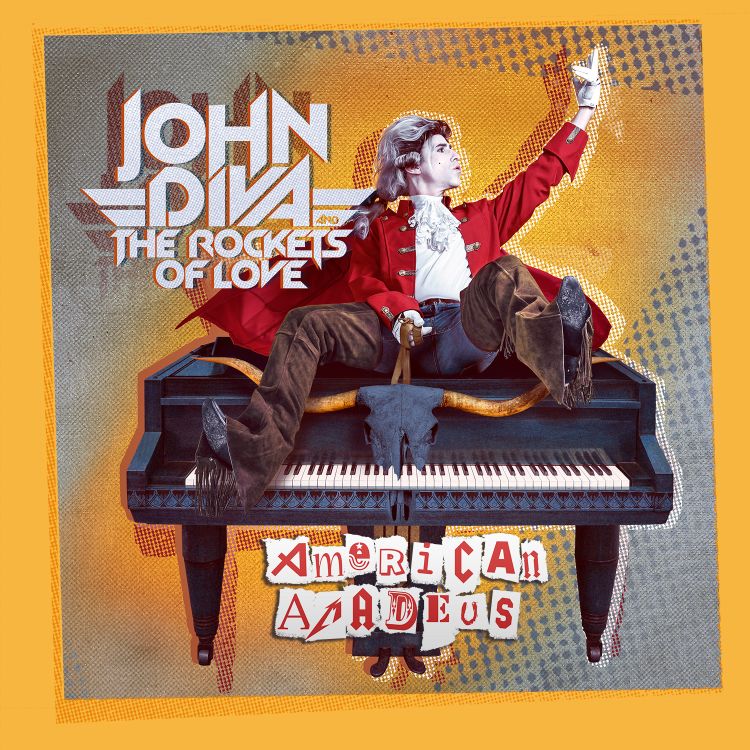 2019 saw the release of the debut album ‘Mama Said Rock Is Dead’ by John Diva & The Rockets Of Love, with which they caused quite a stir. The album debuted on the 24th place in the German album charts and the band was put on the map practically overnight. The release of ‘American Amadeus’ marks the second act of the band. Originally it was supposed to be released in the fall of 2020, but was postponed to January 2021.

This time Kissin’ Dynamite‘s Hannes Braun has contributed to some of the songwriting and Michael Voss (Mad Max, Michael Schenker), who already was involved as a producer/writer on the debut, was yet again alongside the Diva & the Rockets. I think the band starts off with this album, right where they have ended on the debut. The ingredients are the same and of course, why would they change a proven formula as this band is part of the 80s glam metal revival. The thing with bands like John Diva & The Rockets Of Love or for instance Steel Panther is that I can’t get my finger on it, whether they are serious about their products or that they are just making fun of a genre that was huge in the 80s and still has millions of fans.

I believe this is an album that will be embraced by the fan base they already have. I question whether they also win some new souls with this album, because musically I don’t think this adds a lot to a genre that already has been explored by many bands. The approach is far from original or brilliantly presented and doesn’t add real value.

I’d only recommend this album to the fans they already have and as we know there are already quite a few of them.