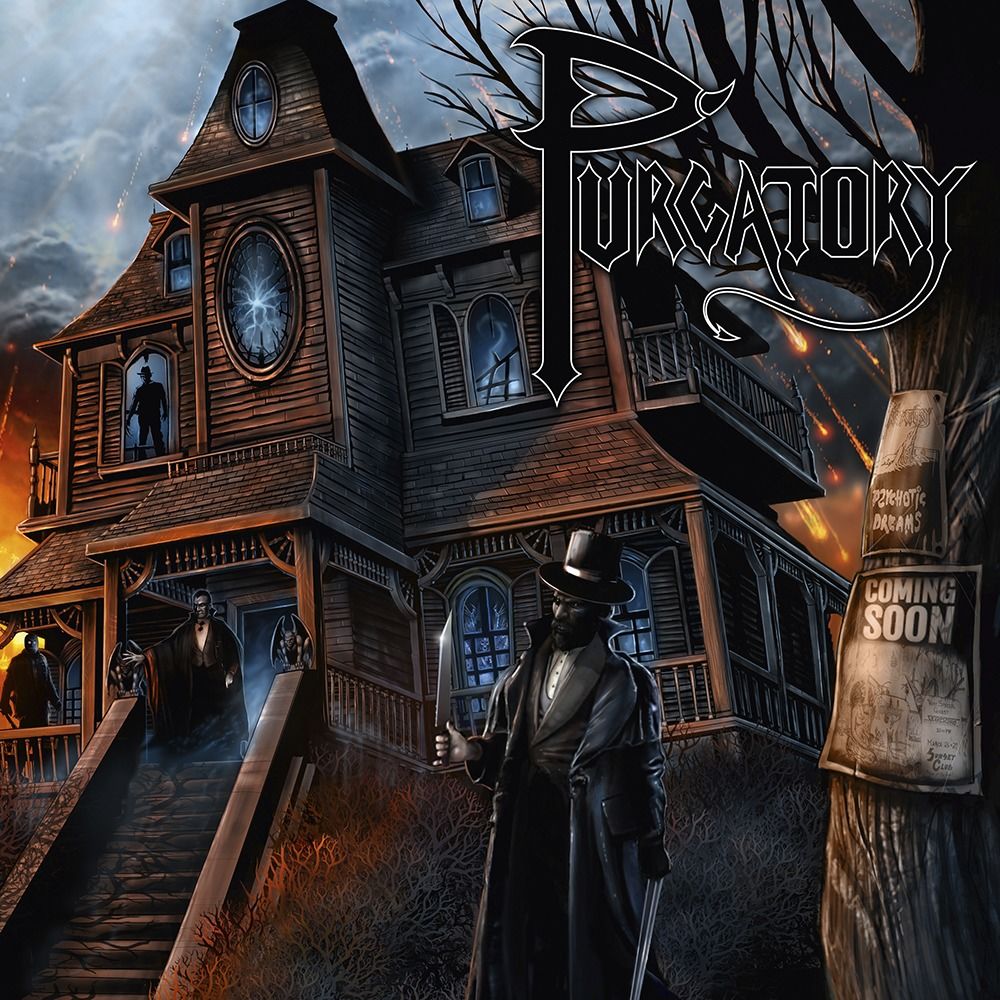 Iced Earth chief Jon Schaffer has taken a trip down memory lane by going back to his roots. Before Iced Earth Jon played in the formation Purgatory and after more than 30 years he and a few of his old band mates have recorded a five track EP that represents the sound of US heavy metal in those days. Original singer Gene Adam [who also recorded the first Iced Earth album with Jon before exiting the band] makes a return with guitarist Billy Owen. Original bass player Richard Bateman could not be part of the proceedings because of illness. Bateman died a little while ago and that is the reason this EP is dedicated to his memory. Drums are handled by Mark Prator, bass duties are performed by Ruben Drake, while co-producer Jim Morris plays some guitar as well. If you are a fan of the old Iced Earth this record is certainly worthwhile listening to. We all know that Jon Schaffer is an inventive person who always has a surprise or two up his sleeve. The lyrics of the first four songs are about famous [or should I say notorious] dudes. Freddie Krueger [‘Nightmare On Elm Street’], Dracula, Jack The Ripper and Jason from the horror movie ‘Friday The 13th’ are the four ‘gentlemen’ being sung about on this record. The music is a bit old fashioned but that is exactly what Schaffer wanted to do. Especially his rhythm guitar work is as classic as can be. The riffs are just second to none, yet sound so familiar. Vocalist Gene Adam has done a great job, powerful all the way, sinister, high pitched sometimes, sending shivers down your spine [,,Jack’’]. Last track ,,Burning Oasis’’ is not about a certain person, it is more about purgatory itself and has a darker character perhaps. All in all this 25 minute EP also makes perfectly clear while this group was a predecessor to Iced Earth as all the songs were written in the period 1985-1987. Old fashioned and not very modern but it sounds great. This is how trips down memory lane should sound. Jon Schaffer has managed to write and record a CD that would have been a classic in those days. Great cover design as well, so every reason for a fan of classic metal to dive into Jon Schaffer’s past!