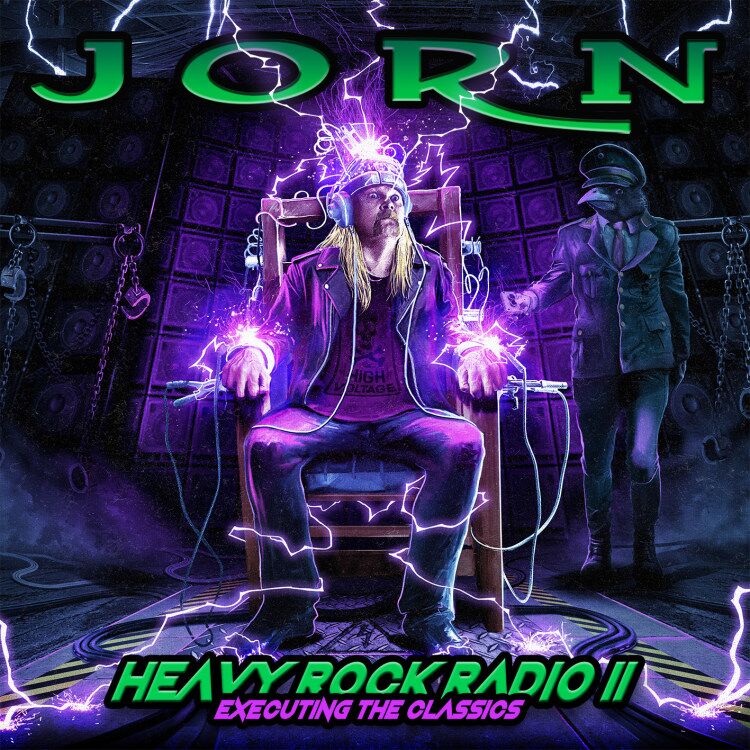 A few years ago Norwegian powerhouse singer Jorn Lande already recorded a bunch of covers on the first edition of ‘Heavy Rock Radio’, it is a thing that the singer has done throughout his career including a tribute album for the late, great Ronnie James Dio. The good thing about this is that Jorn puts his own stamp on the song but not in such a way that they become unrecognisable. He keeps the integrity of the track in tact but gives it a rock and metal jacket. On this second edition he does the same with pop, heavy rock and symphonic rock songs from people like Peter Gabriel, Russ Ballard, Bryan Adams and Don Henley while he has also tackled songs from Manfred Mann Earth Band, the sixties band The Searchers (,,Needles And Pins’’), Deep Purple, Foreigner and (of course) Dio. It is a potpourri it seems but in reality it is a balanced rock mix between different musical styles. It not only shows the flexibility of Jorn and his musicians, it also shows that Jorn has recorded them with a certain amount of respect as well. It is purely a matter of taste when you listen to the individual songs. Don Henley, the singer/drummer of The Eagles had a huge solo hit with ,,New York Minute’’, a very subtle and sensible pop tune. Never thought that a hard rock version would work on this mesmerizing composition but after a few times slowly but surely Jorn’s version started to sound impressive. Would love to find out what a class act like Henley thinks of this one… Obviously the versions of ,,Bad Attitude’’ (Deep Purple), ,,Night Life’’ (Foreigner) and Dio’s ,,Mystery’’ are more suited to Jorn’s voice than for instance Peter Gabriel’s ,,The Rhythm Of The Heat’’ you might think but Jorn and his musicians really go to town on these songs. Especially ,,The Rhythm Of The Heat’’ now sounds like it belongs on a regular Jorn album anyway. This song really kicks ass! Like I mentioned it is a matter of taste on this album as a few songs might not for the full hundred percent have worked out for me (,,Quinn The Eskimo (The Mighty Quin))’’  is too drawn out for instance but maybe you think different. I know for a fact that Gotthard’s version is better, but there you go again, the taste factor. The fact remains that also the new chapter of ‘Heavy Rock Radio’ has worked out for Jorn.