JOSH TODD & THE CONFLICT-Year Of The Tiger 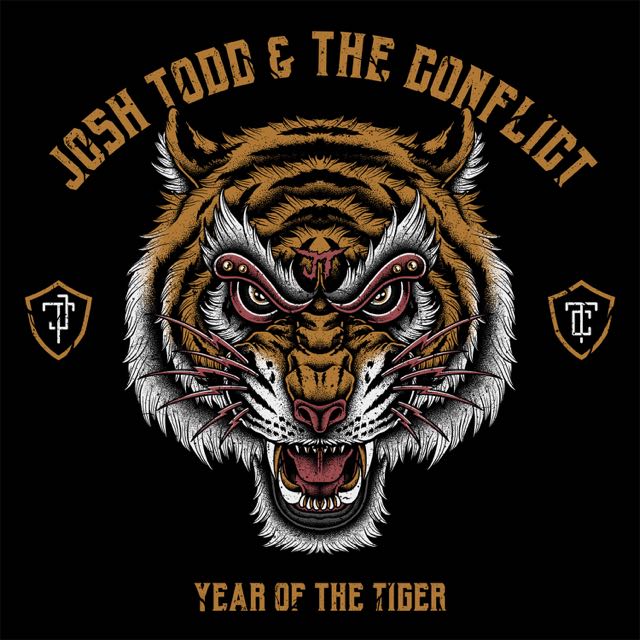 JOSH TODD & THE CONFLICT-Year Of The Tiger

It’s been a while since we heard new music from Josh Todd. You might ask now while reading: `Who the fuck is Josh Todd?’ Well, I’m sure you have heard the song „Crazy Bitch’’ before. Yes, not under the name of Josh Todd, but obviously from his band Buckcherry. Ring a bell? Of course it does. The mainstream success is already gone since ten years or so, unfortunately. So it is a good moment to come out with something new, something fresh. Of course, the voice of Josh Todd is pretty unique, but the songs he delivers with his new band The Conflict on `Year Of The Tiger’ are most probably the best he ever wrote. From heavy riffs to beautiful ballads, you name it and he delivers.
Even though 2017 is the Chinese year of the rooster, it also might have changed to `The Year Of The Tiger’. As much as I love Buckcherry, to me that band has been walking into a dead end, music wise. Josh Todd & The Conflict is exactly the way, how the dead end street can be turned into a speed highway in the best possible way. Job well done, mister Todd.