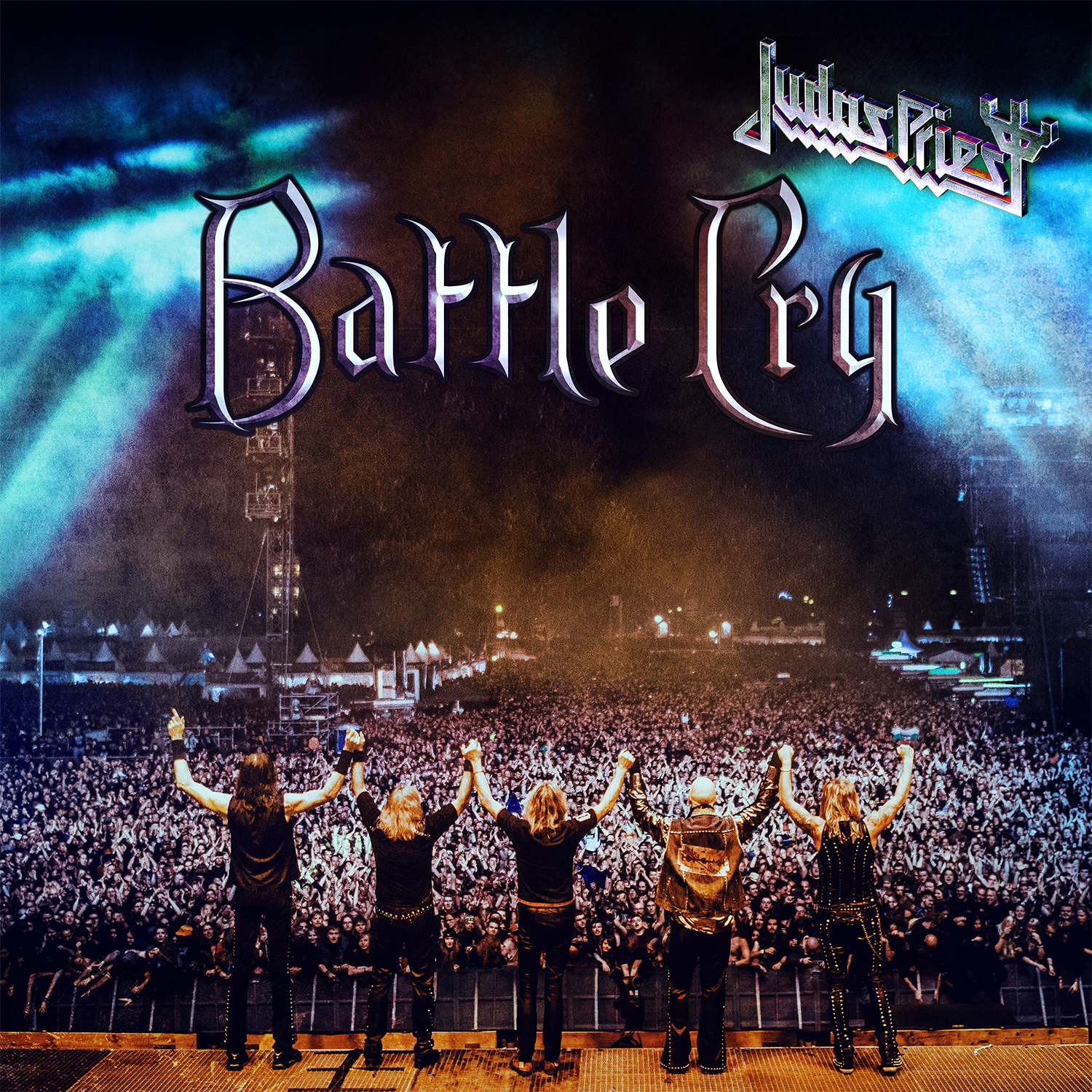 On August 1 last year Judas Priest performed for more than 80.000 fans at the prestigious Wacken Open Air Festival. For sure a highlight for the Birmingham veterans on their ‘Redeemer Of Souls’ tour. A live-CD and DVD have been cut from this event. We are looking at the 15 track CD right now. For starters: this CD is more convincing than the last live CD ‘Epitaph’. I had the feeling that on that release singer Rob Halford had swallowed a hot potato that was playing up badly. With Judas Priest these days it is about the condition of Halford. If his voice is a bit up to scratch then quality is assured. Because the other guys in the band are a drilled and oiled metal machine that performs under any circumstance. The guys are getting on in age but they still bring home the bacon. Especially drummer Scott Travis doesn’t miss a beat at all and with the solid bass player Ian Hill backing him up, this tandem delivers. The guitarists Glenn Tipton and Richie Faulkner are playing together now for about four years and the master (Tipton) and his apprentice (Faulkner) are by now just as close as Tipton was with the departed KK Downing. So it is about Rob Halford. The Metal God knows that the high regions are no longer reachable for him without it getting embarrassing, so by singing some parts in a lower key he gets by classic metal ballads like ,,Victim Of Changes” and ,,Beyond The Realms Of Death”. That he still can deliver shows the last track ,,Painkiller” where he goes all out. As usual a Priest show is a trip down memory lane accompanied by a few ‘new’ tracks like ,,Redeemer Of Souls” and ,,Halls Of Valhalla”. But the oldies as always do the job and that is what the audience wants to hear: ,,Breaking The Law”,  ,,You’ve Got Another Thing Coming”, ,,Metal Gods” and ,,Hell Bent For Leather”, they form the core of a Judas Priest performance and they always will. According to the latest news the band wants to stick around a while longer and why not? I cannot even think about a life in metal music without the Priest being there.