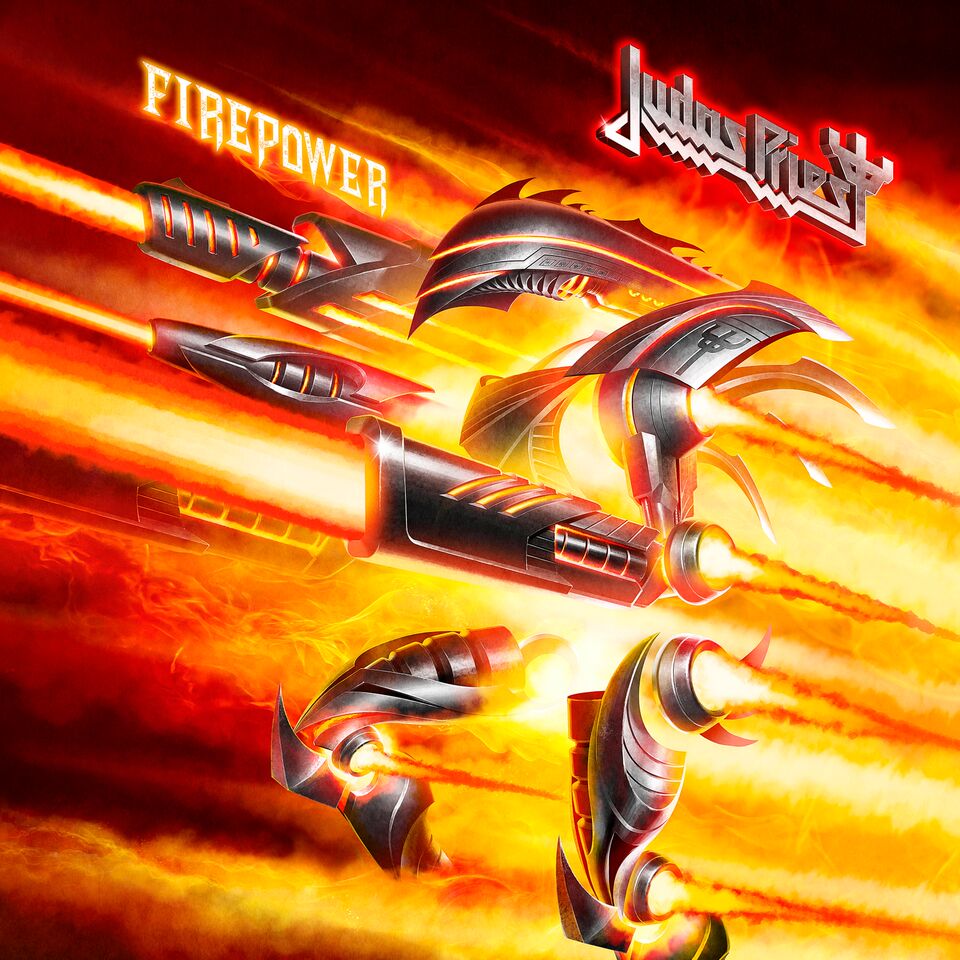 Has it really already been four years since heavy metal “gods” Judas Priest released their last album ‘Redeemer Of Souls’? Yep, time flies, so to speak, but now finally after almost four years there is a new and better Priest album than their previous one. Don’t get me wrong, ‘Redeemer Of Souls’ was not a bad album, however it lacked that typical Priest musical power, due to a rather bad production. This time the production for Priest’s 18th studio album ‘Firepower’ was again in the capable hands of Tom Allom, who of course is known for his excellent work on previous successful albums like ‘Ram It Down’ (1988),  ‘Defenders Of The Faith’(1984), ‘Screaming For Vengeance’ (1982) and ‘British Steel’ (1980). ‘Firepower’ was co-produced by Andy Sneap, the famous producer from among others, Saxon, Opeth, Megadeth and Nevermore. And so the production of this new Priest album is second to none; a major improvement over the previous album with very loud guitars! Judas Priest has always been one of my favourite heavy metal bands and on ‘Firepower’, Halford, Tipton, Hill, Travis and Faulkner, show that the proof is in the pudding. Halford’s vocals are still excellent and the guitar work of Tipton and Faulkner is a treat for every heavy metal fan; just listen to the title track or the speedy follow up ,,Lightning Strikes”, of which by the way an excellent video was shot. ‘Firepower’ contains some of the best work of Priest and that is mainly due to the fact that Allom incorporated and brought a lot of the old Priest style back. The 14 new songs are all classic metal stuff and certainly go back to the roots of Judas Priest and therefore it is a must for die-hard Priest fans. There is also a lot of variety on this album featuring really fast, head banging tracks like ,,Lightning Strikes”, being the first single, ,,Necromancer”, ,,Flame Thrower”, ,,No Surrender” and the title track with soaring high-pitched screams from Halford. But you can also enjoy power ballad-like metal songs as ,,Guardians/Rising From Ruins”, being the highlight of the album for me, ,,Traitors Gate” and the last, also longest track ,,Sea Of Red”, featuring an acoustic guitar intro, followed by typical Priest melodies and excellent guitar solos. ‘Firepower’ furthermore contains heavy metal anthems like: ,,Evil Never Dies”, ,,Never The Heroes” and ,,Spectre”. All tracks were written by Tipton, Halford and second guitarist Faulkner and there is really no filler song present on this album. So, play it loud, scream along to Halford’s excellent vocals and bring out your air guitar to strut along the hyper melodic twin guitar hooks and melodies and keep on banging your head. The Priest is back and this album is a MUST for all heavy metal heads out there, especially for old school Priest lovers, play it f….. LOUD!