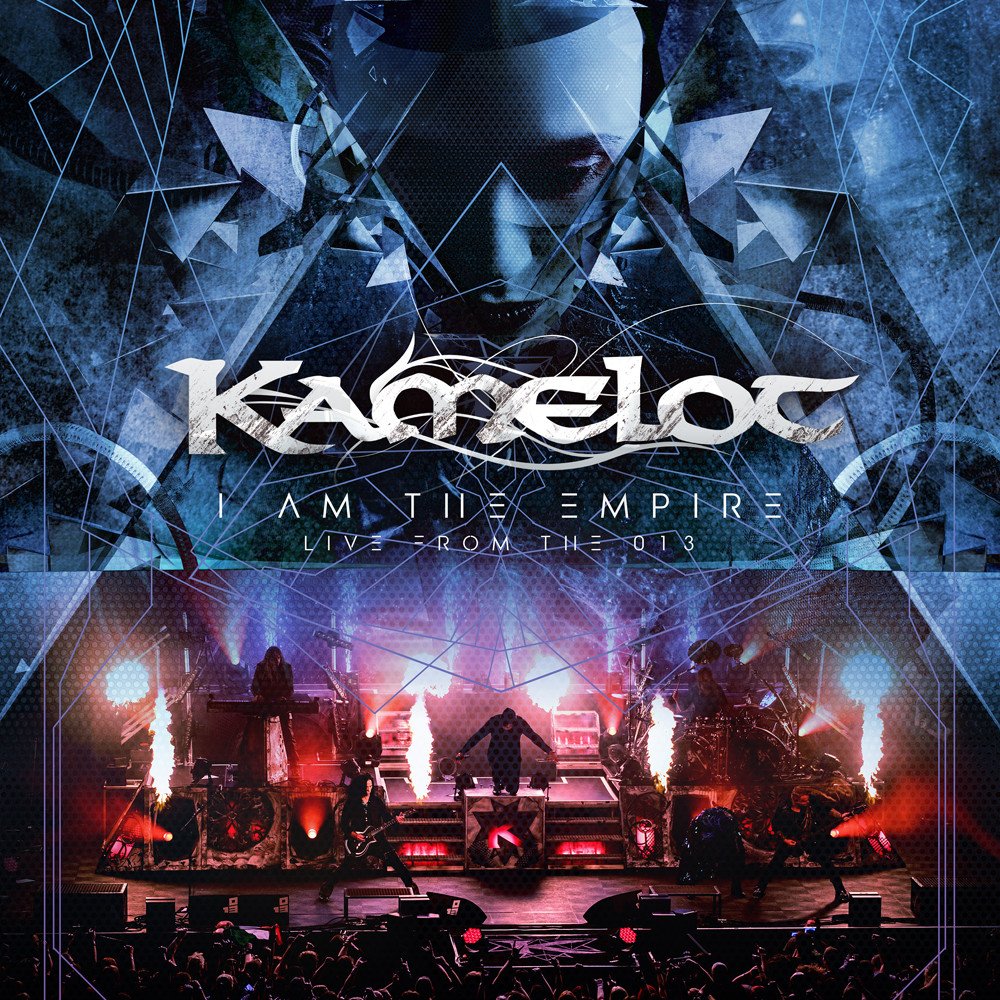 ‘I Am The Empire’ is the third live album from Kamelot and this one was recorded/filmed in the notorious 013 venue, Tilburg, The Netherlands on 14th September 2018. The place was packed, meaning completely sold out, and the audience was very enthusiastic as you can clearly see on this excellent DVD. Most songs [5] on this release, produced by Sascha Paeth, are from ‘The Shadow Theory’ and the audio and video quality are both superb. Of course the set list focuses on the Tommy Karevik era [2012 – now] and he really sings divine, as his voice was in a top notch shape during this performance. Karevik is supported by a couple of guest vocalists, so you can enjoy Lauren Hart [Once Human] in ,,Phantom Divine”, Charlotte Wessels [Delain] in ,,Under Grey Skies”, Elize Ryd (Amaranthe) in ,,Sacrimony (Angel Of Afterlife)’’ and Alissa White Gluz [Arch Enemy] in ,,Liar Liar (Wasteland Monarchy)”, ,,Sacrimony (Angel Of Afterlife)” and ,,March Of Mephisto’’; the latter being one of the highlights of the album. ,,Burns To Embrace” features a children’s choir, not live by the way, as Oliver Palotai plays this on his keyboards, including Thomas Youngblood’s son…. The magnum opus on this album is of course the track ,,Forever” [from the album ‘Karma’, 2001] a 15 minutes Kamelot classic, which is sheer bliss. However after watching this DVD a couple of times I have to say that I would preferred excellent tracks like ,,Millennium’’ and ,,Fourth Legacy’’ in the set list instead of the, in my book mediocre, songs ,,End Of Innocence’’ and ,,Amnesiac’’. Also the drum and keyboards solo didn’t fire me up at all.
Other than that this is a great release, which any Kamelot fan and/or symphonic metal fan will cherish and love to watch, so enjoy!!
—
HBLS review of this concert here