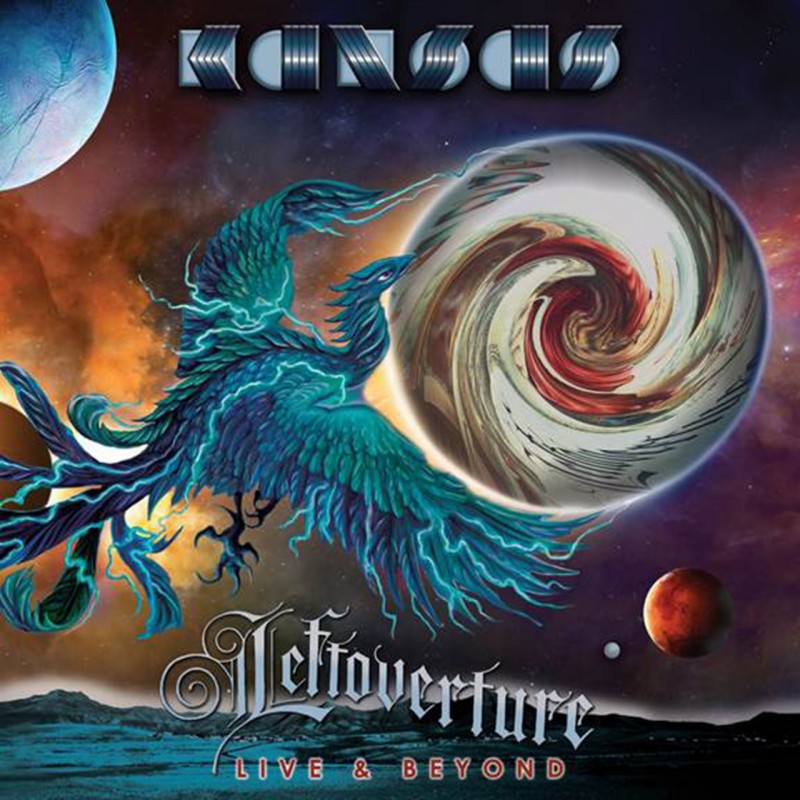 Have you got any plans for today? If not, may I suggest to dive into the latest live 2-CD release ‘Leftoverture Love & Beyond’ (playing time close to two hours) of the majestic rock band Kansas? Last year September 2016 the group around founding members Richard Williams (guitar) and Phil Ehart (drums) presented their 15th studio release ‘The Prelude Implicit’ where new vocalist Ronnie Platt made his official recording debut being the successor of iconic singer Steve Walsh who retired from the group (and has just released his brand new CD ‘Black Butterfly’). It was a triumphant comeback for the band that put progressive and symphonic rock on the map in the seventies with masterpieces like ‘Kansas’, ‘Masque’, ‘Song For America’, ‘Leftoverture’ and ‘Point Of Know Return’ that was followed by a USA tour where these recordings were made. I am a bit surprised that Inside Out and the group decided only to release this effort on CD and Download. A DVD would have been nice as well but who knows what can happen in the future. Kansas celebrated not only a new studio CD after more than 15 years but also the fact that their breakthrough album ‘Leftoverture’ celebrated its 40th anniversary since release. All songs from that ground breaking album are featured on these recordings mixed up with several tracks from ‘The Prelude Implicit’ and some other golden moments from the Kansas archives. Having grown into a seven man outfit Kansas shows the younger generation of progressive musicians and groups once more how it is done. The burning question that every Kansas fan has on her or his lips is how does Ronnie Platt perform on the old songs like ,,Carry On Wayward Son’’, ,,Point Of Know Return’’, ,,Dust In The Wind’’ and ,,Paradox’’? The good man proves again that he is a worthy replacement for Steve Walsh. The execution of these golden oldies is as perfect as they can be, Kansas has really outplayed themselves on these recordings. ‘Leftoverture Live & Beyond’ is an amazing musical trip through more than 40 years of Kansas history, played with conviction, class and staying true to the original versions. This 2 CD matches their legendary live release ‘Two For The Show’ and these guys deserve all the credits for that. Two hours of top entertainment awaits you!