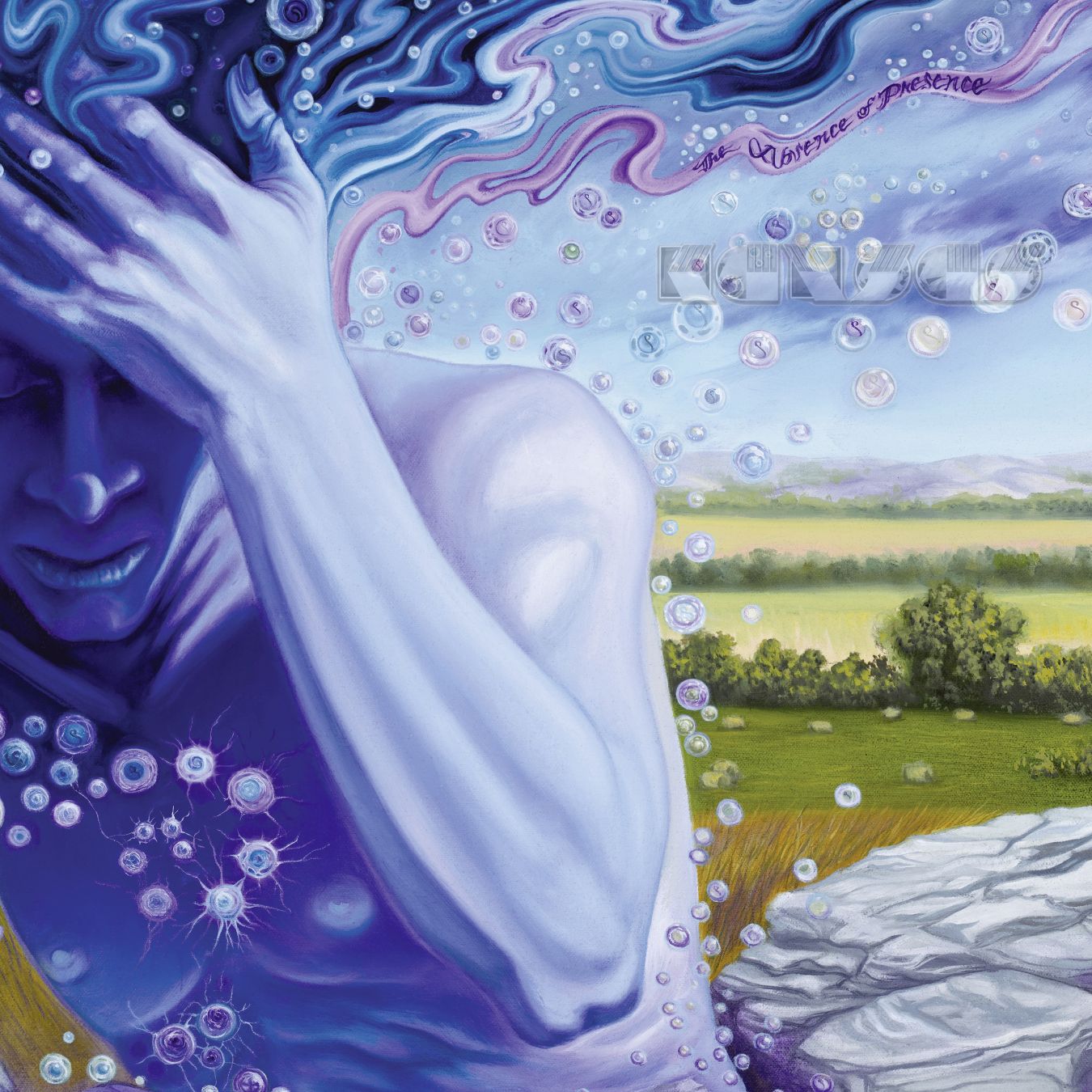 When singer/keyboardist Steve Walsh announced his retirement from Kansas some six years ago (luckily he made a strong solo-album ‘Black Butterfly’ in 2018) Kansas fans really got worried. The first time that Steve left the band in the early eighties Kansas found a good replacement in John Elefante who stood his ground before Steve returned after an adventure with Streets. But who was going to replace the singer with that almost hard to replace voice and that iconic status in this day and age? Kansas found an answer in the person of Ronnie Platt who did an excellent job on the 2016 studio release ‘The Prelude Implicit’ and that Platt could also master the old material became clear when the band released ‘Leftoverture Live & Beyond’. And people that still have doubts about Ronnie Platt should take a long and hard ‘listen’ to the 16th brand new studio album ‘The Absence Of Presence’! I am not kidding here but the album impressed the hell out of me from the first to the very last second. Okay, I am a huge fan of this band who has followed original drummer Phil Ehart, original guitarist Richard Williams and the current members Ronnie Platt (vocals/keyboards), David Ragsdale (violin/guitar), Billy Greer (bass and vocals), Zak Rivzi (guitar) and Tom Brislin (keyboards) from their very early days but I can be objective and critical of a band that I have followed all that time. But there is nothing to be critical about here! The title track opens the album and straight away the band unleashes all the ingredients that we love so dearly. The melody, the variation, the epic character of the music, the violin and the splashing guitar work, the mellow and so colourful sounding keys it is all there in all its glory with big vocals from Platt including subtle choirs. Kansas might not really introduce new elements to their sound anymore but why should they? They have carved out a signature sound and style and by adding debt in the song writing and pure musicianship to that is more than enough to talk yet again about another epic release coming from the men from Topeka, Kansas. This time there is also room for a very energetic instrumental called ,,Propulsion 1’’ (only 2.17 minutes long), more an interlude than a song standing on its own perhaps but damn tasty indeed. I don’t want to elaborate on ‘The Absence Of Presence’ for too long, as all songs speak for themselves and are as strong and entertaining as each other. Kansas operates at such a high level on this record that yet again they have set an example for others to follow. The only album in this genre I think might be reaching the same level perhaps will be the new Pinnacle Point album ‘Symphony Of Mind’ that will be released by Escape on July 17 this year. But until then it will be Kansas ruling the roost!