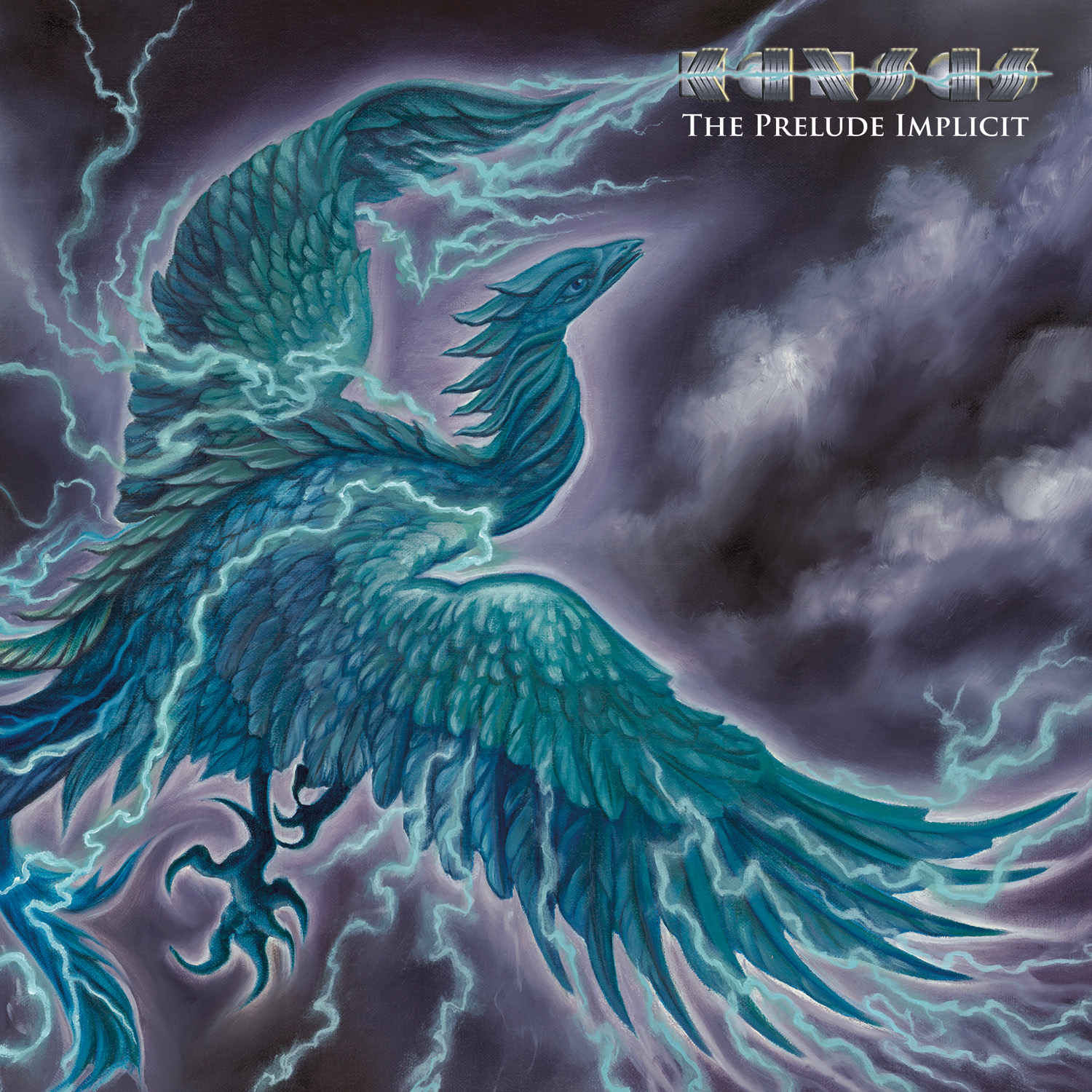 There has been a 16 year gap between this CD and ‘Somewhere To Elsewhere’, but Kansas has been active through the years. In fact since 1974 the band is performing and the original members Phil Ehart (drums) and Richard Williams (guitar) have kept the spirit alive. Kansas was one of the first rock bands that introduced a violin as a meaningful instrument in rock music. Also on this record the violin has a role to play but never ever in all these years has this ‘non rock instrument’ been a nuisance. Far from I would say. Anyway, the band is back with a vengeance and a changed line-up. First of all there is a new singer in the person of Ronnie Platt. He replaces Steve Walsh, the iconic singer/keyboardist who announced his departure two years ago. It is not precisely known why he left. But he left not in animosity but as a friend. Furthermore keyboard player David Manion has been hired as a full member. Not a stranger to the band as he has been working for Kansas as a light engineer. And he has also been involved as a musician for Seventh Key, the fantastic side project from bassist Billy Greer. During the recordings the band added guitarist Zak Rizvi, who has been involved with the production of this record. The members have been busy during the years. I also recall a project called Native Window with Ehart, Williams, Greer (as singer and on bass) and violin player David Ragsdale in 2009 releasing a self titled CD. But ‘The Prelude Implicit’ is what it is about, a new chapter in the long history of Kansas. If you are familiar with ‘golden oldies’ like ‘Left Overture’, ‘Point Of Know Return’, ‘Masque’, ‘Song For America’, ‘Power’, ‘In The Spirit Of Things’, ‘Always Never The Same’ and ‘Somewhere To Elsewhere’, you will adore ‘The Prelude Implicit’. The style has stayed the same on this CD, but nowhere Kansas sounds ‘out of date’. Far from, the album has a modern sound, but the style in which the songs are composed and played will give you a familiar feeling. And Ronnie Platt is a worthy replacement for Steve Walsh. Not that he sounds exactly the same as Steve but there are moments that you think that the spirit of Steve is still there. I think Kansas has found the right person to replace such an icon. Platt sounds melodic, he has a big reach and power. When I heard that Steve Walsh was no longer part of the band and knowing how good Billy Greer is as a singer, it would have been an easy solution to let him take over. He sings on the up tempo track ,,Summer’’ and does a great job on that. The first song ,,With This Heart’’ already makes you feel right at home. A melodic rock song with all the ingredients the band has to offer. There also a couple of epic long tracks on the CD like ,,The Voyage Of Eight Eighteen’’, ,,Camouflage’’ and ,,Crowded Isolation’’. The CD closes with an instrumental called ,,Section 60’’. It is hard to pick favourite tracks. I think the album as a unit is just strong and consistent. Every song is an adventure. I can’t find a weak moment at all, so it is safe to say that even after a so called break of 16 years in between albums Kansas has not lost a bit of their class and can look ahead into a bright and hopefully successful musical future. ‘The Prelude Implicit’ will be released in several versions (even on vinyl and digital version) and it seems that the CD Digipak will feature two bonus tracks. You have been told!