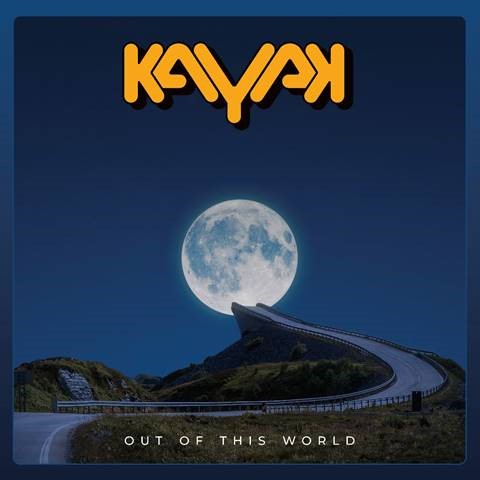 With the studio-album ‘Seventeen’ and the 2019 live album Dutch progressive rockers Kayak showed the younger generation in The Netherlands and Europe that there still was a lot of life and ambition present. Leader/composer/producer/keyboardist Ton Scherpenzeel surrounded himself with a new line-up and saw former band member Hans Eijkenaar (drums) return to the mothership. The new recruits Bart Schwertmann (vocals), Marcel Singor (guitar) and Kristoffer Gildenlöw (bass) gave Ton Scherpenzeel the inspiration and motivation he needed to write the best possible songs on ‘Seventeen’. The album did well and the band managed to do several gigs that resulted in a live-recording that showed that the new and old Kayak material mixed beautifully with each other. Further tour plans were brutally interrupted by health issues for Ton and the pandemic.

But after clearing his health problems and realising that touring was not possible Ton concentrated on new compositions while in the meantime Singor, Gildenlöw and Schwertmann concentrated on their own projects. But when captain Ton Scherpenzeel made the call all musicians returned to the mothership to start recording ‘Out Of This World’, a new, prestigious studio-effort with no less than fifteen new songs clocking together some 70 minutes of first class progressive and symphonic rock. As expected a lot of attention has been given to the arrangements, the vocal built up, beautiful choruses and luscious instrumental interludes. Although Bart Schwertmann is the lead vocalist (and yet again he has done an outstanding job) several other band members have contributed some singing as well, making ‘Out Of This World’ even more versatile and atmospheric than any other Kayak album in the past. As per usual Ton has composed some long epic tracks where all Kayak ingredients are fully displayed (like ,,A Writer’s Tale’’, ,,Critical Mass’’, ,,Under A Scar’’), there is an instrumental present in the form of ,,Kaja’’ and some shorter songs that are just as playful and full of variation as the above mentioned longer songs. ‘Out Of This World’ is again a pleasant journey through progressive/symphonic rock land with a band that has found a new lease on life. This record is really a piece of jewellery that shines from the first until the last moment. It has all the aspects you might expect from Kayak but the album is far from predictable. The sequence and the way the songs have been ‘placed’ on the album guarantee an eventful trip. This is the standard that a lot of bands in the genre should take notice of as yet again Kayak shows the younger generation how it is done.