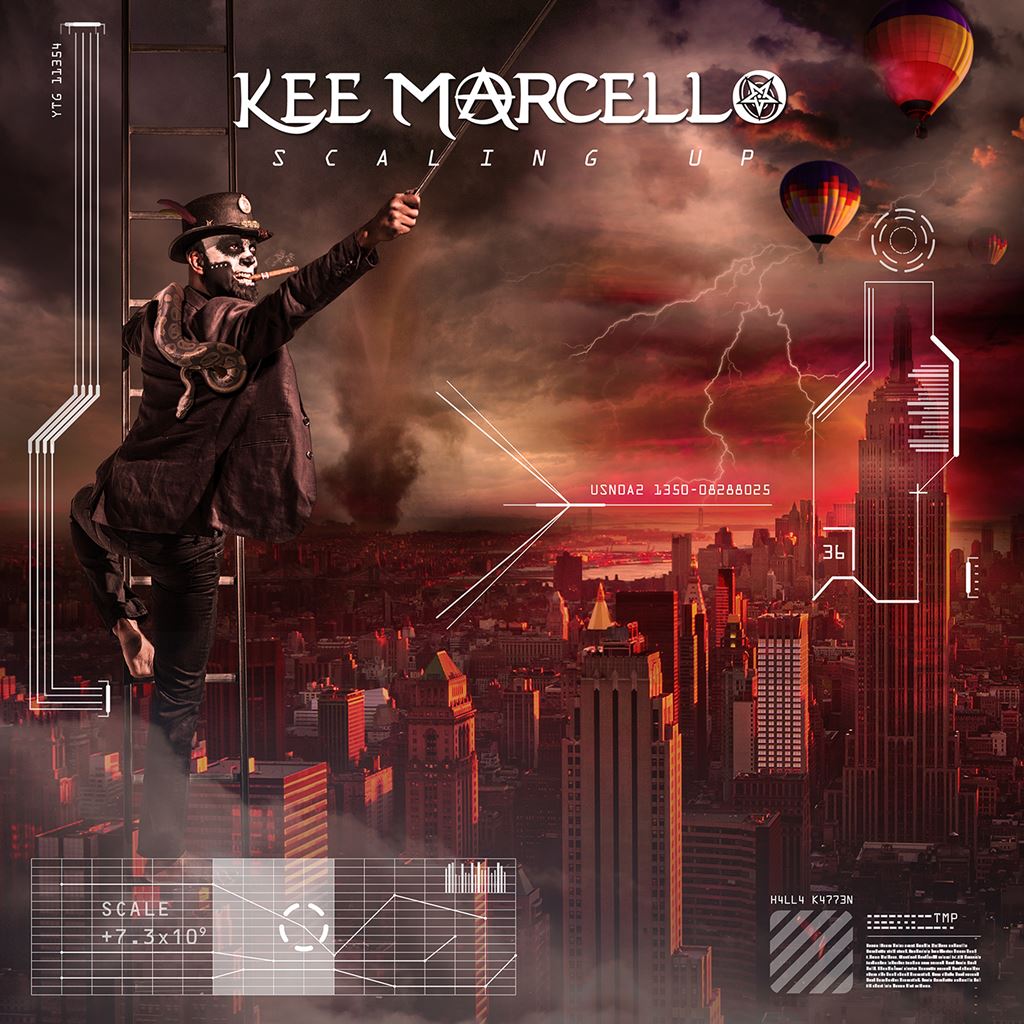 Admit it! Have you followed the musical career of Kee Marcello after he quit Europe? I have not, completely forget about him. Never heard several albums that he made after Europe, never read his autobiography. Sometimes he appeared as a guest on someone’s album, but in general the audience did not pay him a lot of attention. Maybe that will change now that he released a new CD on Frontiers under the title ‘Scaling Up’. Before Europe Kee played in the group Easy Action and on this album the guitarist and now also singer presents a style that is a combination of melodic rock, sleaze and glam rock and more conventional hard and heavy rock. And to put it to you…. Kee delivers in more than one aspect. It may sound stupid but ‘Scaling Up’ could also have been a solo record of original and current Europe guitarist John Norum…. If you are familiar with John’s solo work then you have a fair idea of what ‘Scaling Up’ is about. But hey, don’t get me wrong, Kee does his own thing on this twelve song release. The songs ,,Don’t Know How To Love No More’’ and ,,Wild Child’’ were written for the ‘Prisoners In Paradise’ album of Europe but did not make the final cut. Kee has stripped them down and rebuild them to great ballsy sounding rock songs with great riffs and a lot of grit. Kee as a guitarist is still a force to be reckoned with as his playing over the whole album is just fantastic. Kee Marcello presents a decent amount of variety on ‘Scaling Up’. There is a bit of material that is in the Easy Action style (,,On The Radio’’), sometimes your thoughts go back to Europe (the already mentioned two remakes), there is straight forward hard rock (,,Soldier Down’’ and ,,Scandinavia’’), mid tempo rock (,,Don’t Miss You Much’’) and ,,Good Men Gone Bad’’ is based on a big fat bluesy chord. Plenty of difference between the songs. But above all Kee has surprised me as a singer. Okay, you can hear that he might not be a singer by trade, but like John Norum, Richie Kotzen, Gary Moore, Joe Bonamassa and Gary Hoey, Mr. Marcello performs and does the job. All guys that started out as just the guitarist developing themselves later behind the microphone as Kee has done. Thumbs up for Kee Marcello and ‘Scaling Up’.