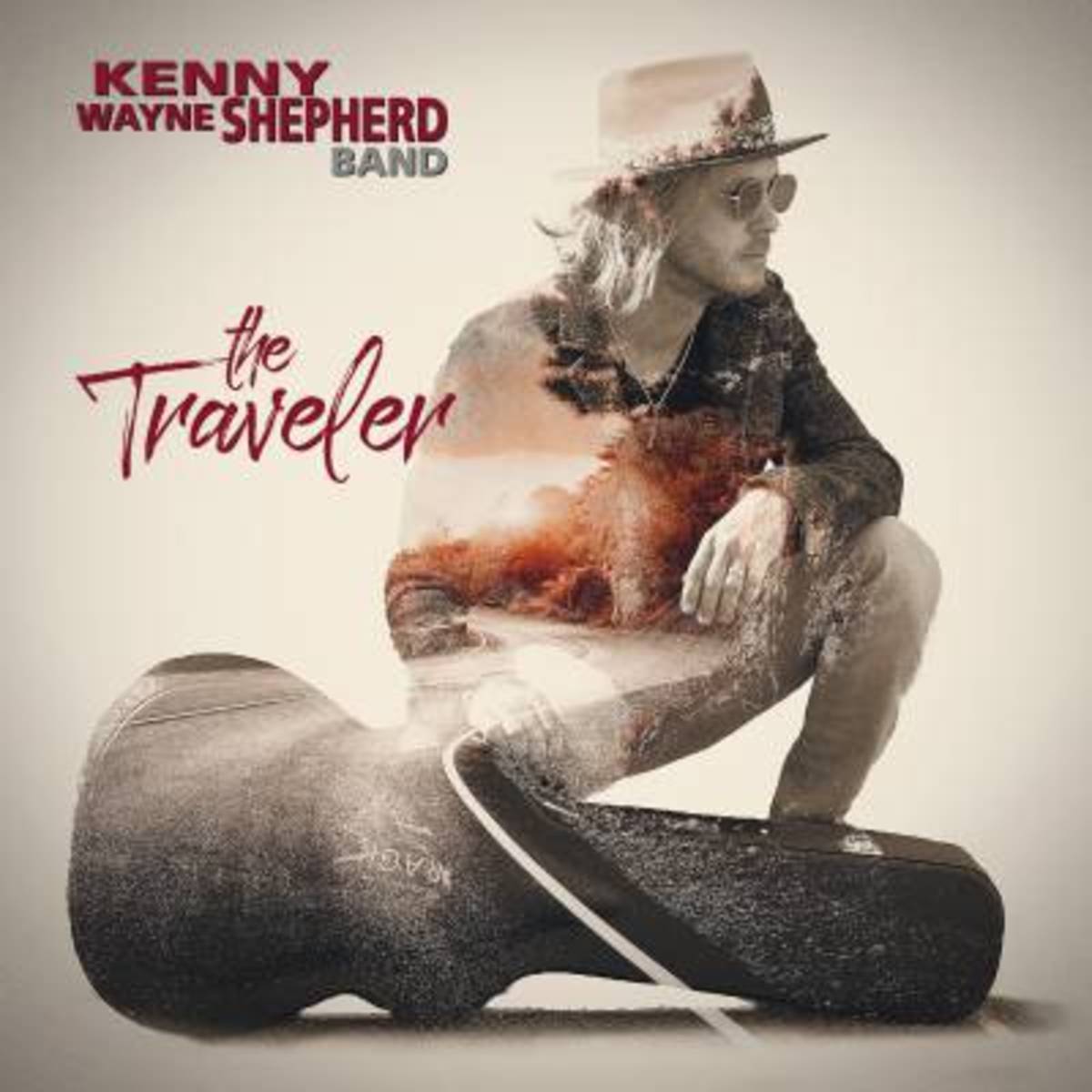 At the age of 42 guitarist/singer/song writer Kenny Wayne Shepherd can already look back at a pretty successful career that started out in 1995 with the album ‘Ledbetter Heights’. Since that time things have run pretty smooth for Kenny Wayne whose father Ken runs his management and that dude has always been very well connected in the music business. Also a big contributing factor in the career of Kenny Wayne is the presence of singer Noah Hunt who has been by his side for a few decades now and has one of best and warmest voices in the blues rock scene. Also on the ninth album of Mister Shepherd and Band Hunt steals the show with his superb singing. And that is why I never understood why Kenny Wayne (probably pushed by ego and his environment) at a certain stage in his career decided he should sing about half of each album himself. It is not that he is bad but the difference in technique, sound colour and general ability always puts Hunt in first place. Also on ‘The Traveler’ the difference is enormous. The first two songs ,,A Woman Like You’’ and ,,Long Time Running’’ are two excellent blues rockers with laid back bass and drums (provided by the one and only Chris Layton of Double Trouble fame), splendid guitar work and Noah Hunt colouring the songs into shape with his voice. But as soon as Kenny Wayne takes over lead vocals (,,I Want You’’, ,,Gravity’’, ,,Better With Tune’’) the level unfortunately drops a bit in that department. That is a pity as you can just feel that this band is for the rest in fine shape with their mix of blues and heavy rock. The song ,,Mr. Soul’’ by the way has an intro that reminds me a lot of a very famous song of The Rolling Stones called ,,Satisfaction’’. Again to prove my point is the last song on the album ,,Turn To Stone’’ which is a remake of a song originally record by the band Barnstorm in the early seventies on their first album featuring current Eagles guitarist Joe Walsh who re-recorded ,,Turn To Stone’’ on his 1974 solo-album ‘So What’. Hunt and Shepherd just pull this track up in such a way that is matches the original version with ease, brilliant guitar work (with a Jeff Healey feel) and again breathtaking singing. With a few more songs like these ‘The Traveler’ would have been a must buy for any blues rock fan. Not saying that this record is not up to scratch, far from, but if egos would have put aside it could have been even better than it already is. The last CD of this band called ‘Lay It On Down’ reached the number one spot in the US Billboard Blues Charts and I suppose this CD will get there as well which probably means that nothing will change in the future. As far as I am concerned ignoring a great vocalist so that you can sing yourself means to me that the real potential in this band will never ever be fully explored. Maybe Kenny Wayne’s father-in-law Mel Gibson (Mad Max/Lethal Weapon) could advise him to play great guitar, write good songs, produce and leave the singing to Noah Hunt.