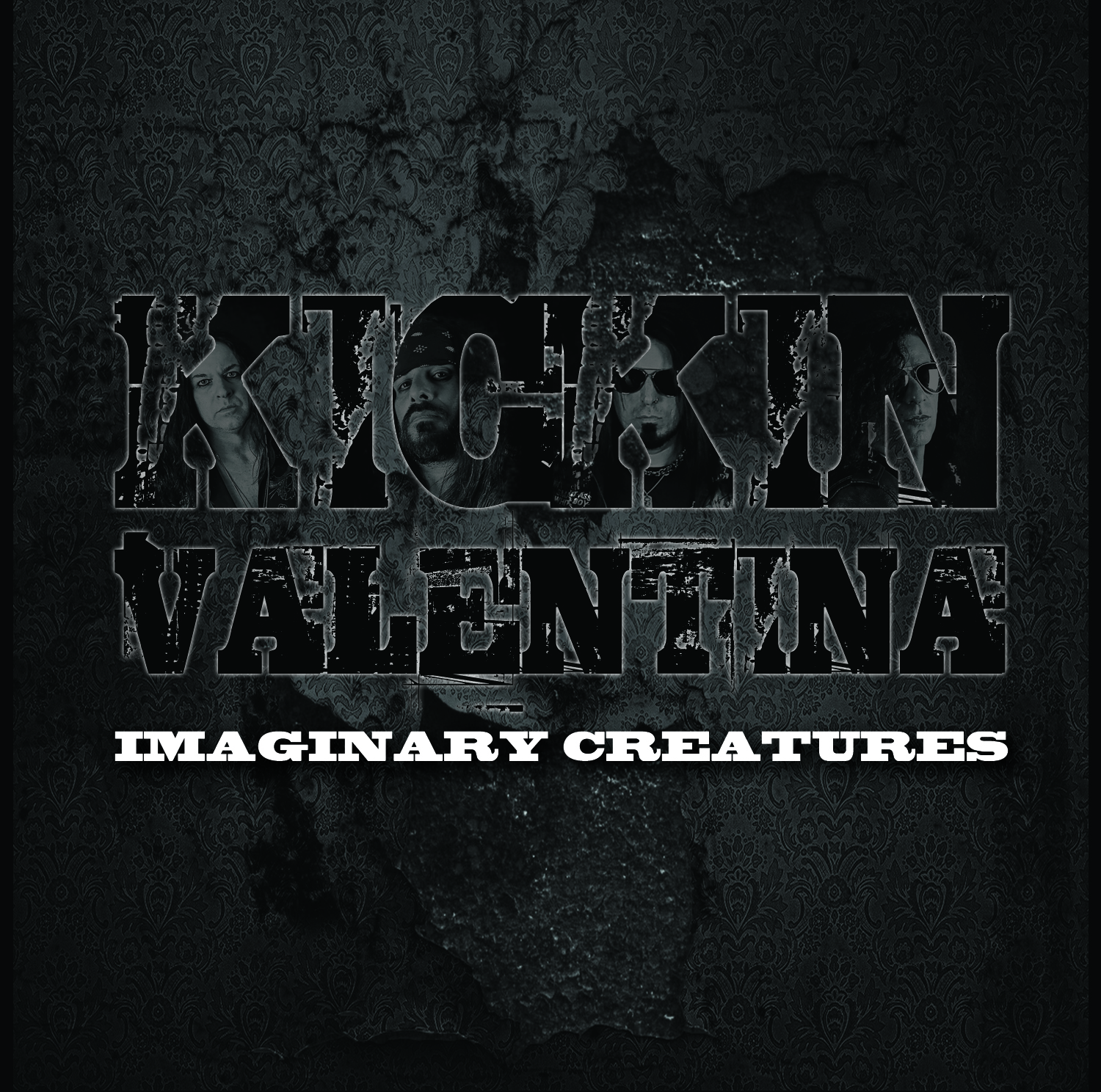 You got to have some big fucking balls when you come up with an energetic version of an Elvis classic on your second CD. But then USA outfit Kickin’ Valentina pretends to play unapologetic rock and roll so why not should they come up with a great version of Elvis Presley’s big hit ,,Burning Love’’? Even The King is not safe from having one of his songs covered by another artist. Heber Pampillon (guitar), Joe Edwards (vocals), Jimmy Berdine (drums) and HeadBangers LifeStyle own reporter Chris Taylor (bass) kick start their album with ,,Eyes’’ and from that moment on the four dudes keep the accelerator on full throttle and produce ten balls to the wall songs in a uncomplicated, energetic, melodic and sometimes cheeky form of sleazy rock with loud guitars, thundering drums and bass and a singer that seems to have a rocket up his ass. This stuff brings back the best times of bands like L.A. Guns and Little Caesar. They were big in the eighties and maybe they were an inspiration for these cowboys from hell that have managed to manufacture a worthy successor for their first CD ‘Super Atomic’, released in 2015. It is a bit strange to me that Kickin’ Valentina had to go to Denmark to find a record company. Obviously US labels don’t have the guts and/or courage to sign a rock and roll band and help them develop. It is probably a sign of the times. They worked again with producer/engineer Andy Reilly in Atlanta and ‘Imaginary Creatures’ is a strong example of how this band has gelled together the last two years, touring their asses of, writing new songs and becoming tighter and tighter, louder and louder and better and better. I have enjoyed this uncomplicated ride and the band has nothing to apologise for. They are doing what they do best, producing hard and loud rock music packed tight in strong tracks like ,,Crazy’’ (the most melodic piece on the CD), ,,Eat ‘N Run’’, ,,Turns Me On’’ or ,,Devil’s Hand’’.  Kickin’ Valentina and The Dead Daisies together on one bill, it would be the ultimate rock and roll event!