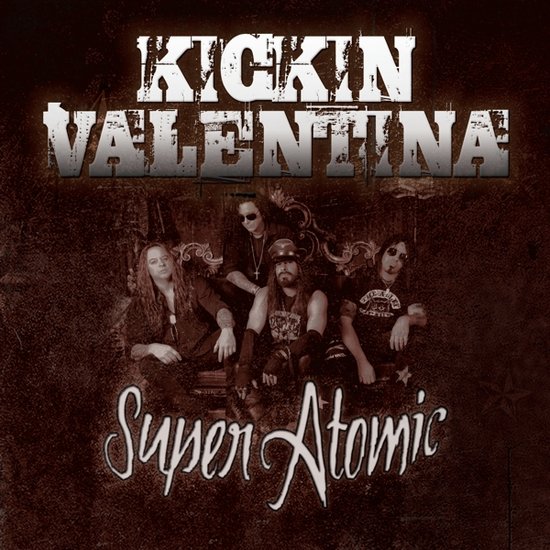 What can go wrong when you name yourself after a European fetish pornstar who kicked guys in the nuts for fun? At least it attracts some attention so Kickin Valentina was off to a good start. Hailing from Atlanta, Georgia this band started just two-and-a-half years ago. Clearly influenced by mainly Scandinavian sleazy rock bands like Backyard Babies, The Hellacopters, Michael Monroe, Hardcore Superstar, Turbonegro they managed to give it their own twist. Music wise it is sleazy straight forward rock ‘n’ roll with lyrics that mostly are about women and sex which is really nice for a change in these troubled times. Kickin Valentina is all about: having fun and giving people a good time. Songs like ,,Anita’’ (about a fictional groupie), ,,Fist & Twist’’ (no explanation needed), ,,Dirty Girl’’ (about a stripper) and ,,Some Kind Of Sex’’ speak for itself. Singer Joe Edwards’ voice is raw and gritty and a perfect fit to the music. The rhythm section, drummer Jimmy Berdine and bass player Chris Taylor, is solid as a rock leaving guitarist Heber Pampillon enough room to show his talents in shredding and soloing without exaggerating. If you are looking for well-played, well-produced sleazy rock ‘n’ roll that brings a smile to your face you better give Kickin Valentina a chance, I know I will. Bring them over to Europe as soon as possible and let’s get the party started!