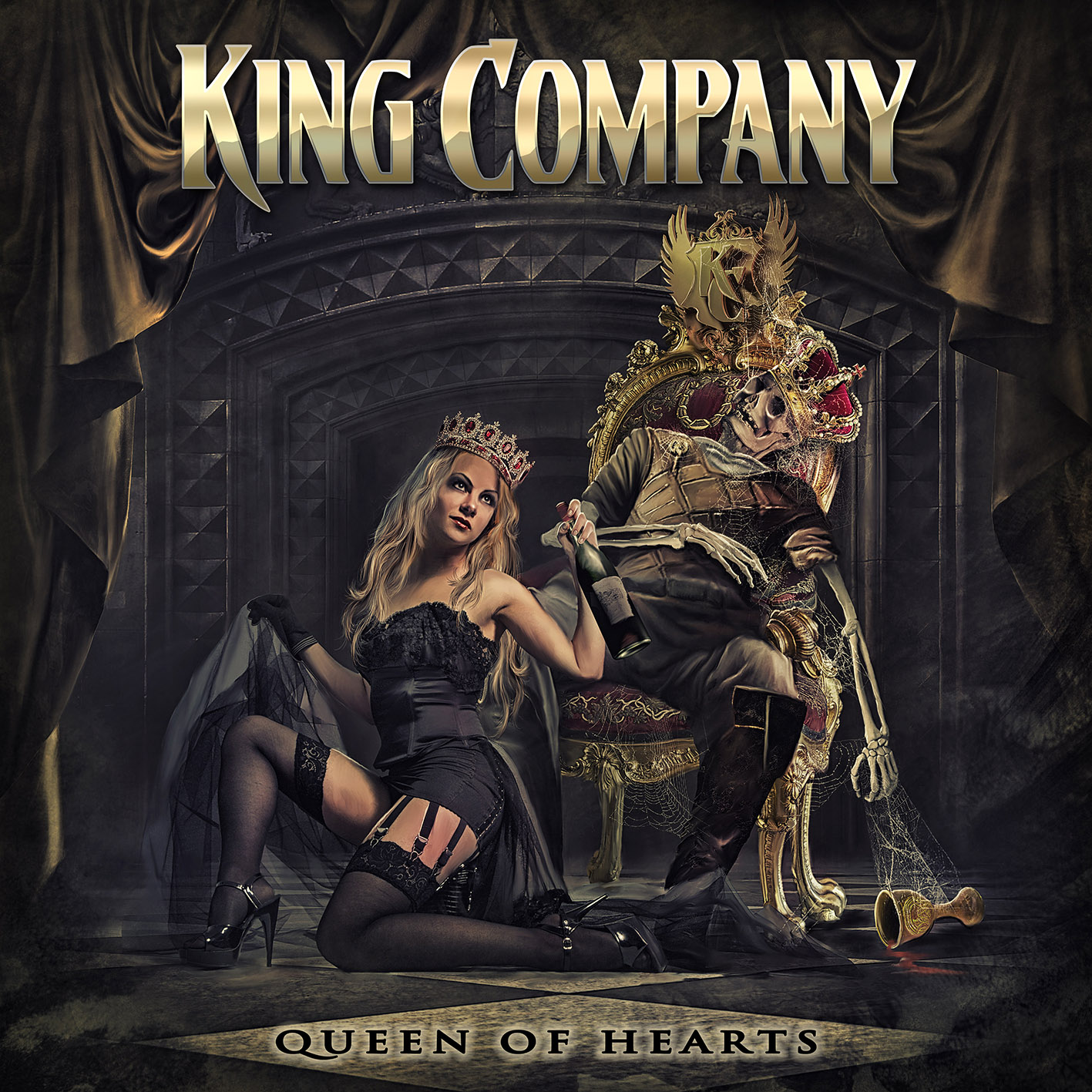 Almost exactly two years ago Finnish rockers King Company released their debut ‘One For The Road’, a fresh sounding good time rock record that had a good mix between rockers, ballads and more middle of the road tracks. Unfortunately while touring singer Pasi Rantanen experienced severe problems with his vocal chords. The problem became so bad that Pasi at one stage could not sing at all anymore and was forced to withdraw from a tour of Spain that was already booked. Instead of cancelling that tour King Company recruited Leonard F. Guillan, of Italian/Argentinian descent who saved the day. After that tour Pasi still had problems and decided to step aside as he did not want to hold his friends up any longer. It must have been a major blow for him, still, he stayed involved as vocal coach during the recordings of the second album ‘Queen Of Hearts’, helping out where possible. The involvement of Leonard F. Guillan has not really interfered with the style and sound of King Company. Of course he sounds different than Pasi but it must be said that he fits in well, making it possible for the band to progress naturally and not being forced in changing their habit and way of working, ‘Queen Of Hearts’ exposes us to a band that has clearly matured. The songs are deeper and a bit more sophisticated with ,,Learn To Fly’’ and the hard rocking ,,Berlin’’ as most prominent examples. The band has produced all songs themselves improving things on that terrain as well. So all things added up, even with losing their original singer, King Company has managed to progress and has adapted and handled that singing problem with style and class as Leonard F. Guillan eases through the album, making the impression he has been with King Company for many years. If you like ‘One For The Road’ I think you will embrace ‘Queen Of Hearts’ as well.