KING OF HEARTS-King Of Hearts 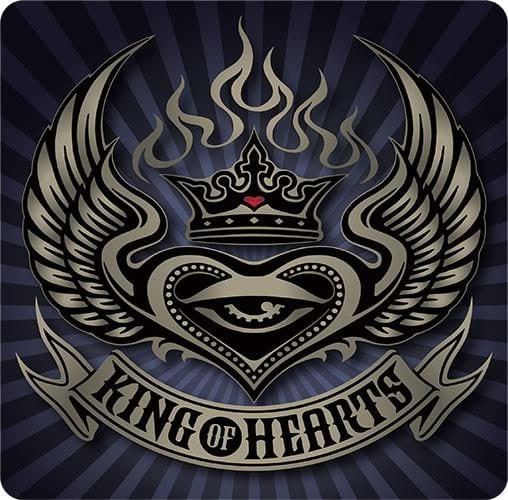 KING OF HEARTS-King Of Hearts

The name King Of Hearts should ring a bell in the mind of any lover of West Coast Rock and AOR. Singer Tommy Funderburk and guitarist Bruce Gaitsch started this band many years ago and delivered some stunning AOR records of which in my opinion ‘King Of Hearts 1989’ was the very best. That album with songs like ,,Working Man’’, ,,Don’t Call My Name’’ and ,,King Of Hearts’’ should be in the collection of every AOR freak. The band has had a hiatus for some years now but in the meantime Tommy and Bruce have participated on many albums. They are household names in rock and pop music. If you don’t believe me just look them up and you will find out for yourself how much work these guys have done over the years. Joining them for the fourth King Of Hearts album are bassist John Patitucci, drummer Keith Carlock and producer/keyboardist CJ Vanston (produced the last Toto album), all very seasoned musicians. And also a bunch of guests stepped into the studio to help out like Chicago’s Peter Cetera and The Eagles bass player Timothy B. Schmitt (who was in the original line-up of King Of Hearts) while even Def Leppard’s Phil Collen supplied some guitar duties (,,A Simple Song’’) and background vocals. I think that fans on the genre will be pleased that Funderburk and Gaitsch have finally managed to get this show on the road again as ‘King Of Hearts’ is a great CD to hear. Especially Funderburk is in a class of his own with that beautiful smooth voice that is just cut out for this genre. I was hoping that the band would reach the same high level as on that above mentioned ‘1989’ album but unfortunately that is not always the case as there are a few songs featured here that are just too poppy for me (,,Rose Maria’’ for instance). A few more tracks like the rocker ,,A Simple Song’’ (with Phil Collen going at it) would have been welcome. Still, don’t get me wrong there is plenty of good music on the CD. King Of Hearts is one of the best West Coast Rock and AOR bands around and they prove that with immaculate tracks like ,,Don’t Wait’’, ,,What Of They Lied’’ or the pop rocker ,,California’’. As said the vocals of Tommy Funderburk are to die for. For me this record is not as strong as ‘1989’ but at moments it comes damn close! So fans of this genre go and check this one out! It might be a bit on the soft side perhaps but don’t let that stop you.