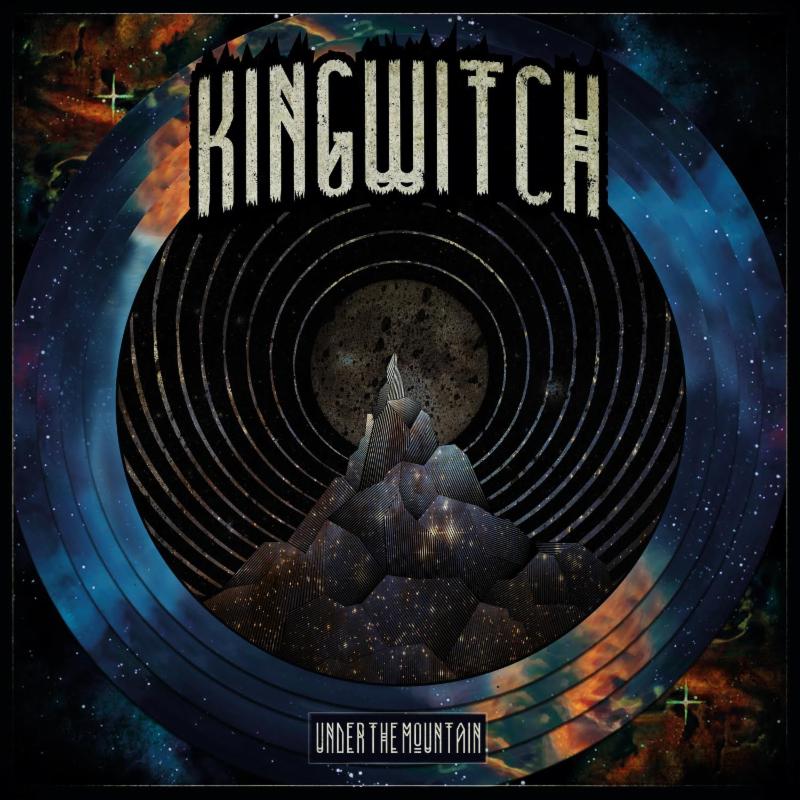 In early 2015 in a dark cavern beneath the streets of old Edinburgh a few friends formed King Witch. Their first EP has passed me by but now I have here before me their first full length ‘Under The Mountain’. After a tour in Great Britain and some big festivals across Europe, like the Sweden Rock Festival, you can hear that the band has grown towards each other. Jamie, Lyle, Laura and Joe are playing some old skool metal mixed with doom metal and rock influences from the 1970’s. Listen for example to the up-tempo title track ,,Under The Mountain” with the high pitched vocals from Laura and compare that with the next track ,,Approaching The End” which does remind of Black Sabbath and Candlemass. When you hear the ballad ,,Ancients” you might think that you are listening to a different band now, but nothing is less true! So King Witch takes you on a trip from rock, hard rock to doom and back again. The debut full length ‘Under The Mountain’ was recorded and produced by guitarist Jamie Gilchrist in their underground studio in Edinburgh, and the final mixing and mastering was done with Tom Dring at Vagrant Recordings in Southport. Got curious? Try them out when they come to the European live scene this year to present you their ‘Under The Mountain’ album.