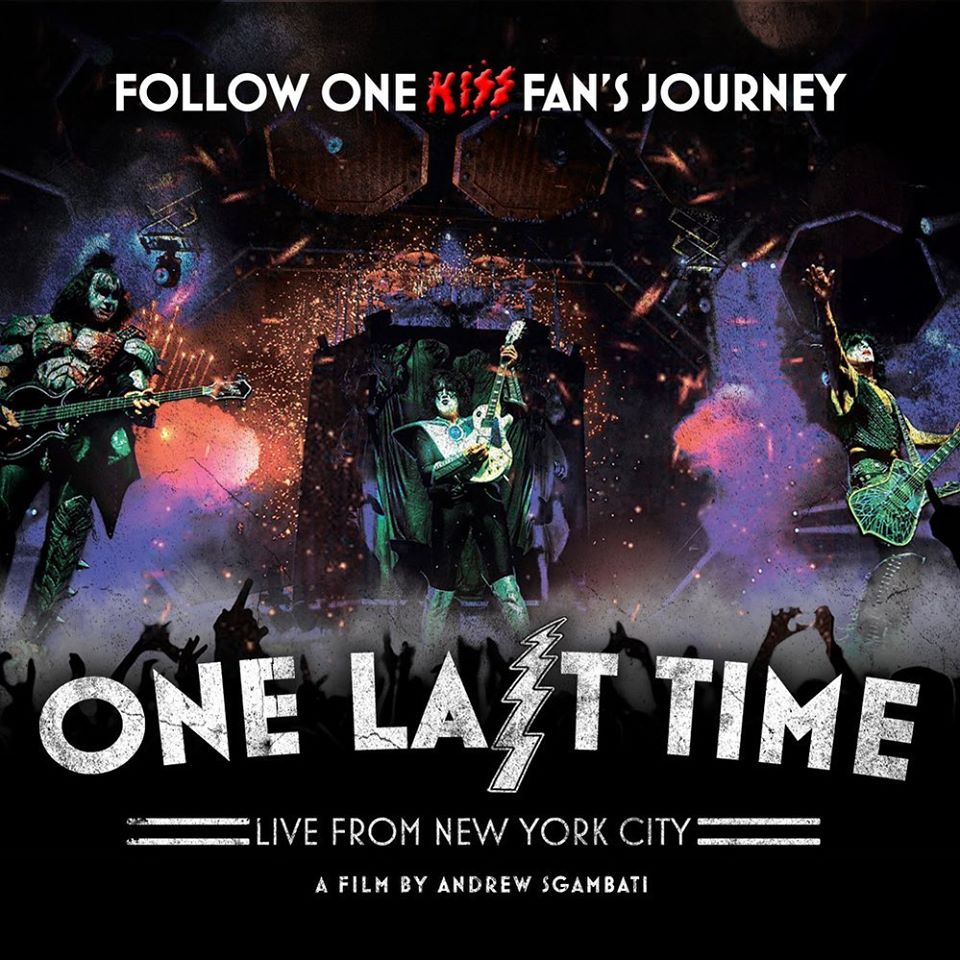 With End of the Road rolling the band into their epic last stand, Corona ended the bands long running live streak premature. Much to fans appraisal long time KISS super fan and director Andrew Sgambati aired his documentative coverage of the band’s last 3-year lasting world tour recently online. With KISS aggreging the coverage to be aired, the band is going full circle with this insightful view on the band’s 45-year career in rock as well as their current tour.

The band and Sgambati worked closely together to bring this tour documentary to live in an up close and personal way. Much like their Kissology box sets, it features a host of classic stories and flicks from their elusive past. Alongside loads of fragments from their End of the Road world tour, it also shows the bands unique approach in fusing fan interest with the band’s characteristics. Especially their new way of approaching local media and national sources builds towards the endgame of this greatest show on earth. The way they build to the explosive tour opening by doing an announcement club show at the infamous Whiskey-A-GoGo, and the kickoff event at Melt Bar & Grill in Cleveland are included. Owner of the Melt, KISS fan Matt Fish and the band share their stories and connect it with the tour and extensive promotion. Fans comments and interview fragments with the band reveal the bands legit rock and roll lifestyle. Open and honest they talk about band’s present with iHeart, extensive featured in this documentary. Somewhat orchestrated and edited thoroughly.
Somewhat predictable, Simmons and Stanley add to the status of the band. Gene being the businessman certainly throws in a lot of clichés, but it is Paul who makes the difference more than once. No “we’re the biggest and best”, but more vulnerable and to the point he hints to the band’s legacy and end. Sgambati adds some of his personal fan experiences from his early childhood, but it lacks the real fandom perspective i.m.o, much to my feeling. Looking back in personally even I could have shared a lot more interesting facts from my childhood being affected by the band, as well as many moments shared by my personal friends. It would have made this story livelier and more personal to start with. Now it somewhat limbs on two thoughts fully bending over to the road story rather than fusing fandom with experiences and being able to get closer to the circus than ever before. Though most fans will be devouring this documentary anyway, not waiting to hear fans stories or memories perhaps, it would have deepened the controversial and intricate past of the band. The perspective is somewhat missing due to this.
On the other side there’s a pretty honest coverage of the launch of Gene Simmons’ moneybag sodas after show at Mohegan Sun casinos. With Gene dropping his businessman mask, he gets into short small talk and jokes, displaying his ‘other side’. A sunny side Simmons should reveal more frequently, dropping his spokesman’s act. When he gets outspoken about the induction into the Rock ‘n Roll Hall of Fame, we also feel Paul and Gene’s take on the politics involved, calling it bluntly “a farce”. Great moment when the band revives memories about playing the biggest metal festivals singing ,,I Was Made For Lovin’ You” in front of heavy metal fans that just where treated gigs such as Cradle Of Filth and Slipknot. Addressing how universal hard rock is in general evokes some giggles.
Additionally, the iHeart-interview section with long time touring and song writing collaboration guitarist Bruce Kulick also hints another side of the band as well as displays some fragments that emphasize the band’s comradery off stage.
Inevitably there’s a lot of shots and films included from their End Of The Road tour included, with ,,One Last Time Live from NYC” shared as a ‘bonus concert’ in the link (here) accompanying the documentary itself. Not an entire show obviously, but 13 songs revealing the biggest show the band ever brought to the stages. Surpassed by Rammstein likely, it is impressive to see 45 years of rock history vividly brought to life night after night. Fireworks and pyro’s exploding the entire show, the demon spiting blood and senior citizens Gene and Paul still taking hold of the stage. (Gene and Paul explain specific choices when fireworks are or aren’t added in the documentary.) Entirely new outfits that radiate the bands past as well as the present top it off. With the visuals still spectacular and modern, it certainly is a great presentation of the End Of The Road tour. Discard the overdubs of live footage featured in the documentary, the performance visually and musically is much on par.

Still very orchestrated, the documentary runs by in insane tempo. It is fun to watch and get closer to the band in the backstage and frontstage. Including many of the interview parts it displays the phenomena KISS is to date. Though I expected more of the fan’s connection to their past and present, it still reveals a lot of why KISS is the hottest band in the World.