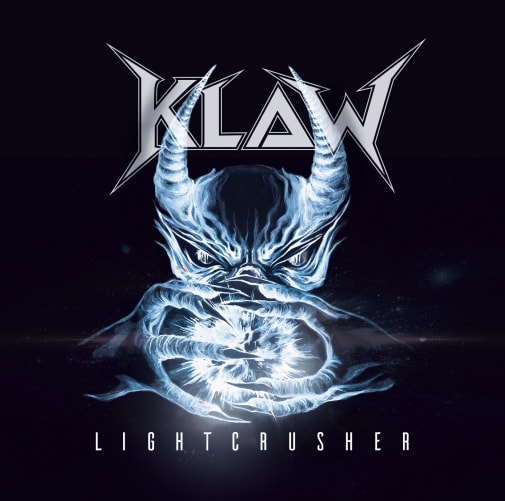 Even though it is improving, there are still not enough women in the metal scene. So it is good to see, that Klaw from Switzerland are delivering their part to change this situation. Founded somewhere around 2017 a first EP had been released quite fast while recruiting the right constellation of band members to conquer the world. As with most of the good bands, time is always a factor. Some rush into it too fast and others take the time needed to put out something really good. Klaw definitely belong to the second group. The rumours of a full-length album had been around for quite a while and the songs had been tested at several live shows as well. So it was good to wake me up before September ends [sorry I couldn’t resist] to be one of the first to dive into the debut album called ‘LightCrusher’. What should I say…..HOLY FUCK !!!! This is pure modern-old school thrash metal. Does that word combination confuse you? Well, how else can you describe this kind of music? It purely has its roots in old school thrash metal and honour the best of the best, but it is also modern as hell and not stuck somewhere in the 80s or 90s, so you see…modern-old-school does work. Back to the missing women in the metal scene topic from the beginning: singer Lucie Werlen is a fucking beast [and this is meant as a compliment]. This powerhouse takes no prisoners, she eats them alive. If you ever seen her on stage, you know exactly what I mean. And the even better thing? She does it with pleasure. But as Klaw is not just a female-fronted metal band [how I hate this term], the instrumentalists all know what they are doing and deliver power and tightness, which is needed for high end thrash metal. Remember the name: KLAW, buy their music, grab their merchandise and fucking go to their shows…..you can thank me later.