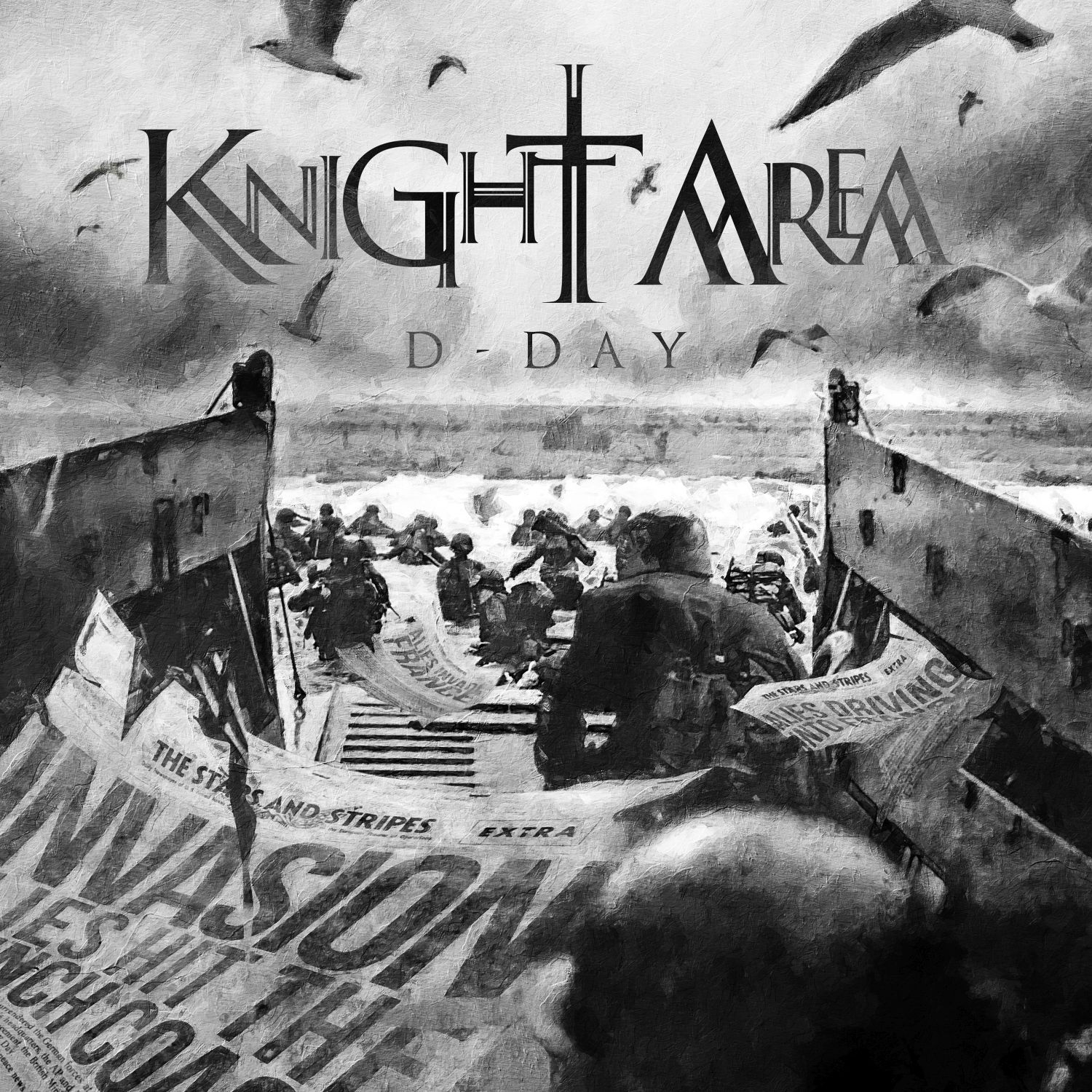 Knight Area drummer Pieter van Hoorn and guitarist Mark Bogert took the bands bass player Peter Vink (a veteran of rock music in The Netherlands) for his 69th birthday on a trip to Normandy in France where on June 6 1944 on Omaha Beach the invasion of the Allies under the name Overlord started again Nazi Germany. Impressed and overwhelmed by their surroundings they started thinking about writing songs about the invasion. They took that idea back to the Netherlands to founding member Gerben Klazinga (keyboards) and the musicians decided to drop the project they had in mind (they had an album planned about the big floods that terrorized The Netherlands in 1953) and started writing songs about the invasion, the fighting, the suffering and at the end of the day the victory for the Allies that brought peace and freedom to Europe and the rest of the world. But there are also moments where the album takes you to the thoughts of a woman whose husband went to war as an airman and did not come back. She received the news that he was identified some 60 years later (the song ,,I’ll Be With You’’ with Robby Valentine on piano in a guest appearance). Very touching. Knight Area are (by the way) a neo-progressive (hard) rock band with the necessary symphonic influences floating about. They have been active since 2004 and including ‘D-Day’ have now produced seven full albums including some concept records as well. In a way you could say that also ‘D-Day’ is a concept album as it deals with World War II but I am not sure if the band has released it as a concept album. In 2018 singer Mark Smit called it a day and Jan Willem Ketelaers (who you might know from for instance Ayreon) stepped into the limelight to take over. Listening to the album as a whole it strikes me that the music is at times pretty heavy and extremely dynamic. Without wanting to label this band they do remind me sometimes about the UK prog metal sensation Threshold, so at least you know that Knight Area has plenty of power in their music that is first and foremost because of the energetic rhythm section and the sometimes brilliant riffs and solos of Mark Bogert. Gerben Klazinga is the one that colours the songs with his keys. Their new singer Jan Willem Ketelaers fits in well overall. Don’t know in what stage the album was when he joined Knight Area and how big (or small) his influence was on the lyrics, melody lines and vocal melodies but if he was thrown into the deep end he has done at stages a remarkable job indeed (there are a few fragments there that he is not really in the zone it seems, but I hardly find that an issue). The album starts off with a speech of Sir Winston Churchill as the soldiers go to war and when the battle is won again the premier of the UK at the time speaks about the future and the offers that have been made by many people. Stories, movies and documentaries about the Second World War have always had my interest and to listen to the lyrics and the excellent music that Knight Area have put together on this album is just very satisfying. ‘D-Day’ is a neo-progressive rock/metal CD that in all aspects pays an intriguing tribute to the soldiers/marines and pilots that risked and in many cases lost their lives so we could live in freedom and peace.