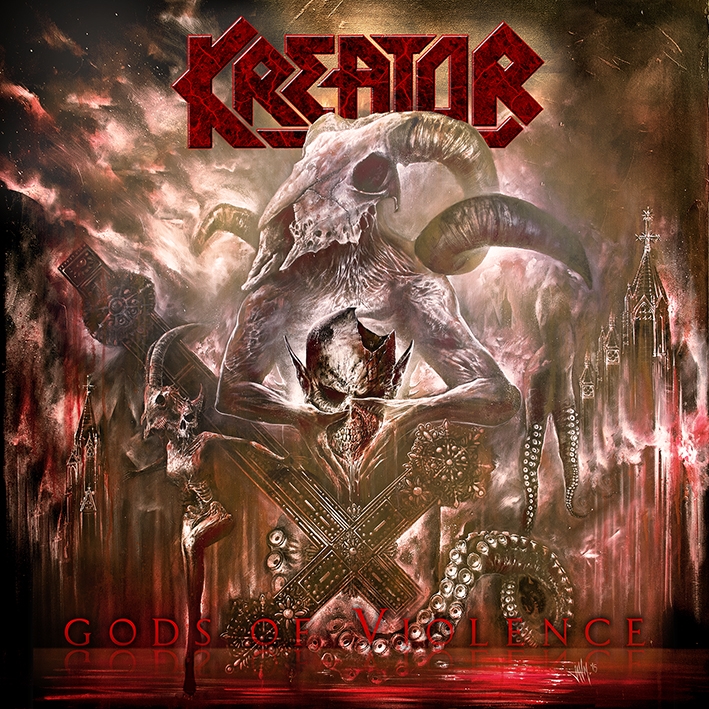 Do I really have to introduce this band to you? If so, than you have been sleeping for the past decades. Kreator, from Essen in Germany, are probably one of the most important and influential thrash metal bands of the past 30 years. Formed in 1982, Mille Petrozza and his boys are still here to kill. This time with a statement of an album title called `Gods Of Violence’. And by listening to the eleven tunes you don’t only hear the violence, you can truly feel it. No, thrash metal is not old fashioned, it is more current than ever. The metal market has enough of constructed musical bullshit, the fans want the real bands back, Exodus, Slayer and for sure Kreator. This new album is not only for the existing Kreator fans, it is for every metal heart to explore the quality of a legend.