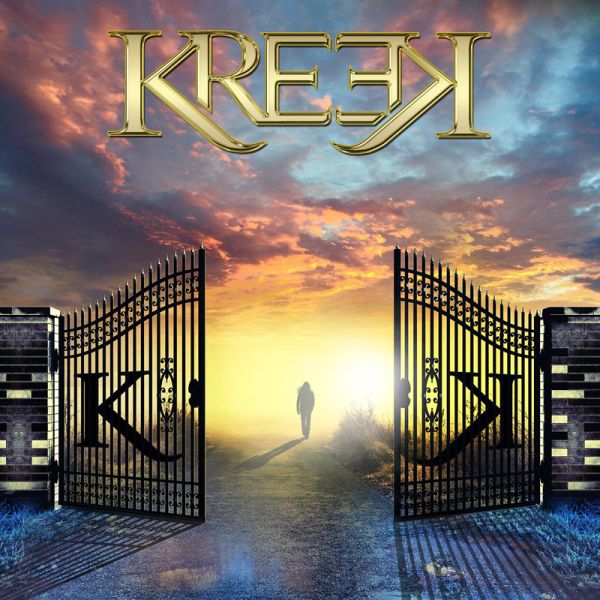 After the UK group Bigfoot released a self-titled album for Frontiers in 2017 vocalist Anthony Ellis said goodbye no longer being happy in the group. Bigfoot recruited a new singer but decided to disband in 2019. Ellis stayed in contact with the Frontiers people in Naples, Italy and contacted them again as soon as he had formed a new band that is called Kreek. That has led to this debut record for this four piece outfit that further features guitarist Nick Clarke, drummer Seb Sweet and Lee Andrews on bass.

With the help of producer Dan Rossall Kreek comes up with ten straight forward hard rock songs that for sure have a kick. Rossall has kept the sound pretty basic, no thrills, no tricks, you hear a four piece rock band belting it out. Especially the drums have been put a bit forward in the mix it seems as they dominate several songs like ,,Down ‘n Dirty’’ for instance. The music is reasonably simple as well as are the compositions. This is right in your face hard rock, British style with punch. But it also comes to the surface that at this stage in their career Kreek are still developing their music. In the future some more variation in their approach might be needed as ‘Kreek’ has several songs that sound like each other at times. As a start though Kreek does a fair job. It will not be easy to immediately reach a big audience, but it is not a bad album indeed.