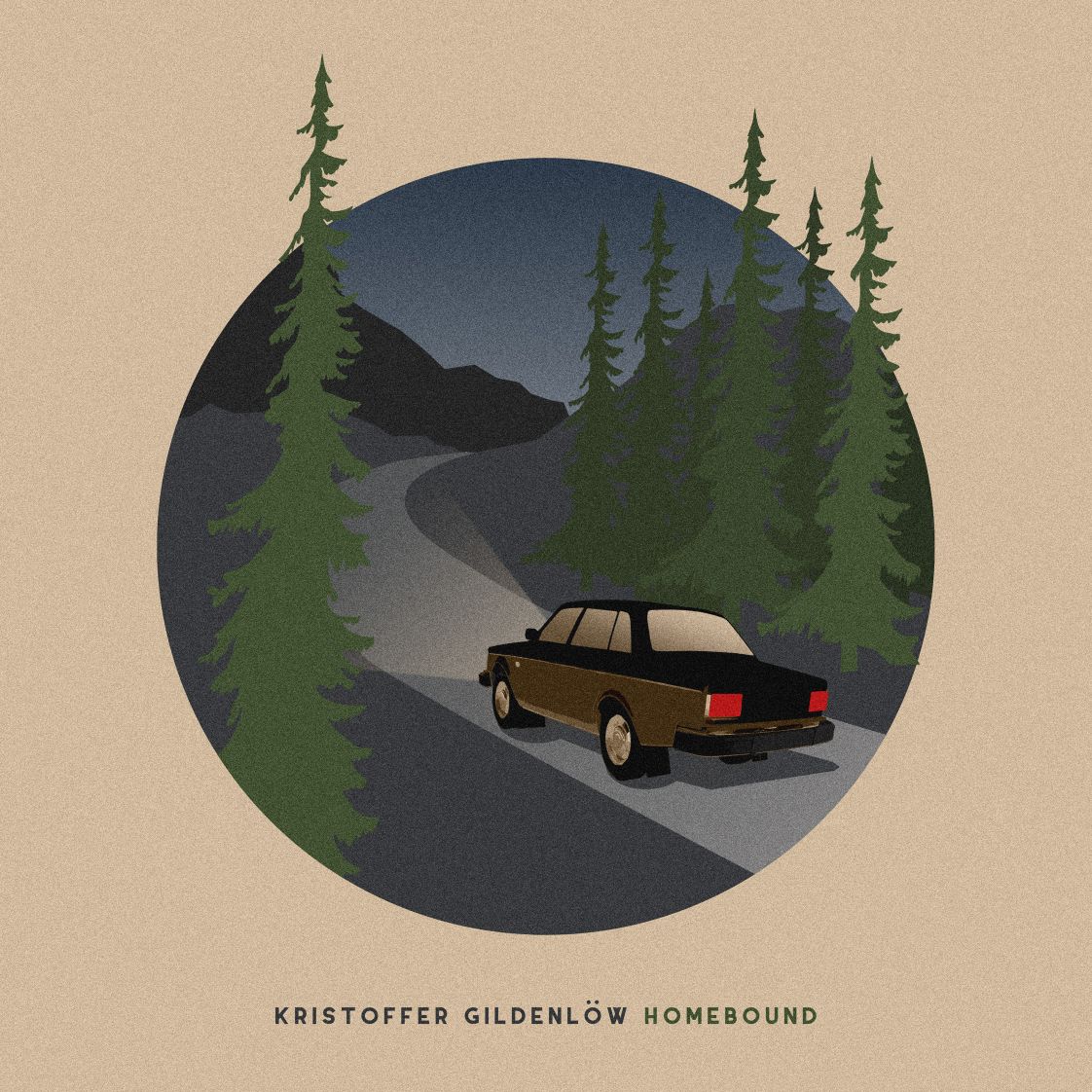 Former Pain Of Salvation bass player Kristoffer Gildenlöw has been living in The Netherlands for years now, building up his life and making his music. The current bass player of the best progressive/symphonic rock band of The Netherlands Kayak has found the time to work on a solo-album just as his Kayak band mates Marcel Singor (guitar) and Bart Schwertmann (vocals) have been doing. At the moment Kayak after the successful release of their ‘Live 2019’ album are recording their 18th studio release (release date is yet to be announced). On his third own album Kristoffer shows a very sensitive side of himself. Do not expect any material in the vein of Pain Of Salvation or even Kayak, this is a different cup of tea, this is more a singer/song writer album, with acoustic parts, an instrumental passage and songs that actually can be played at any moment of the days because of their laidback and sensitive nature. Kristoffer has had some help from several befriended musicians like Marcel Singor and 7 Miles To Pittsburgh duo Dirk Bruinenberg (drums) and Joris Lindner (keyboards), drummer Jeroen Molenaar and others but it is fair to say that Kristoffer has done the bulk of the instrumentation (bass/keyboards, mandolin, electric and acoustic guitars, soundscapes) purely by himself and he has handled the vocal department as well. ‘Homebound’ is an atmospheric album, an oasis of musical peace that sounds accessible at any hour of the day (or night if you prefer). As a singer he has really surprised me with his sensitivity and the way he manages to give the songs a certain suspense and atmosphere. Listen to ,,Holy Ground’’ and the exceptional tracks ,,Chelsea Hotel # 2’’ (a song originally recorded by Leonard Cohen) ,,I Cried Today’’  and ,,Like Father, Like Son’’ where his (at times) melancholic voice leads the way. There are a few moments on the album that you can hear some of his rock background creeping in but at the end of the day most songs are acoustic based. ‘Homebound’ might not have much to do with rock. That is a fact, as it is also a fact that ‘Homebound’ is a beautiful piece of home work by a multi-talented musician who is not afraid to put his feelings and emotions on the line in his songs. For people that are looking for something different, something to put their mind at ease, something to enjoy by themselves or with friends this might be your record! I have enjoyed it very much and will go back to this record many times in the future to come! It is relaxing, gives you the opportunity to unwind and enjoy true musicianship!