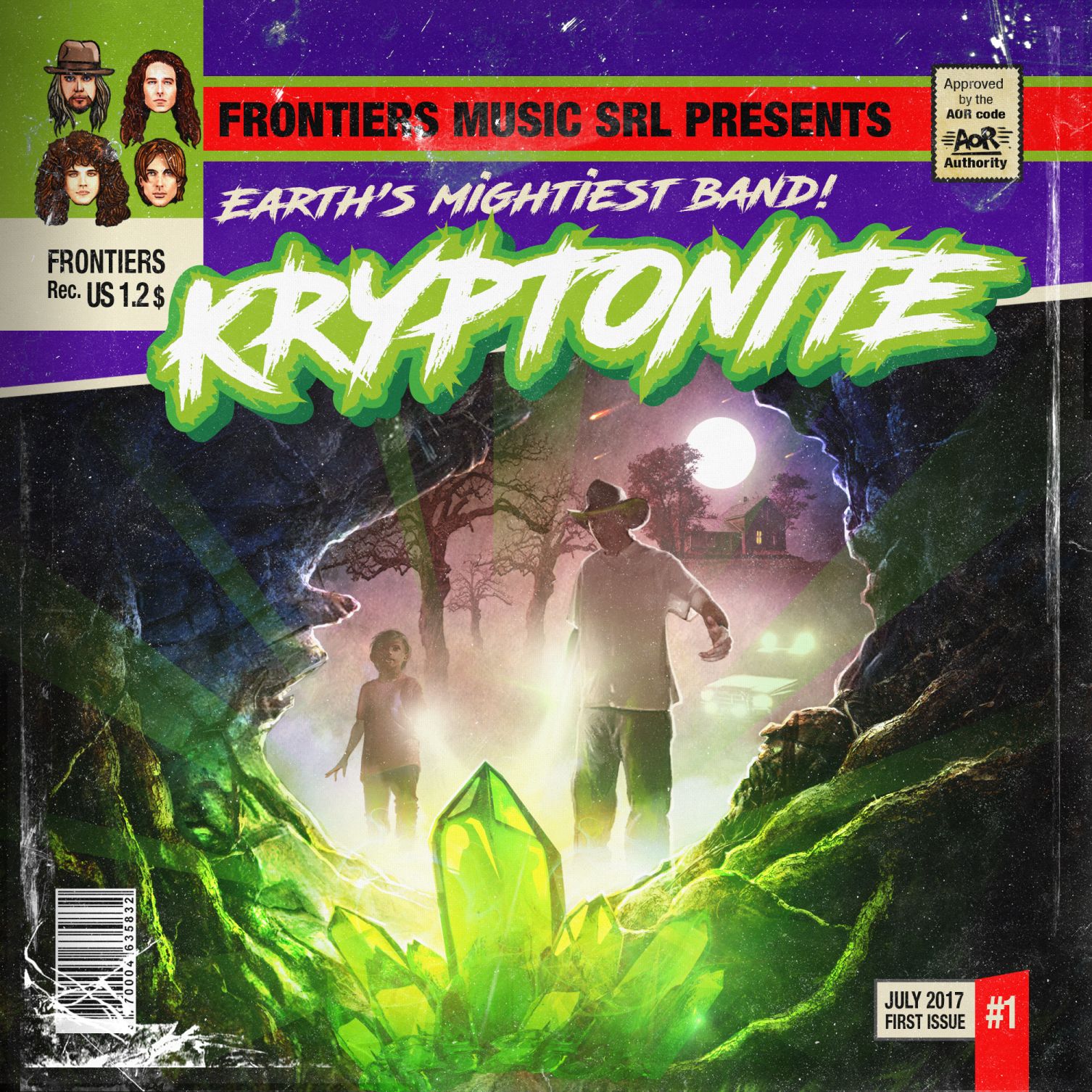 Almost every month Frontiers Records presents a new band or maybe better said a project that is cooked up in grand old Italia. Most of the time Frontiers current house producer Alessandro Del Vecchio is part of it, as musician, song writer and producer. The latest project is called Kryptonite, based around The Poodles singer Jakob Samuel, Palace guitarist Michael Palace, current Treat bassist Pontus Egberg (ex-The Poodles, King Diamond) and drummer Robban Back, a guy that has played in many different bands like for instance Sabaton, Mustasch and Eclipse to name a few. All blokes with tons of experience, so it did not take them long to get used to each other, bond together and come up with some decent music. It is something that works for Frontiers and there are more projects like these in the making (one of them being Kee Of Hearts scheduled for later this year). And let us be frank, most of the time these cooked up projects work. It is not that the main man of the label Serafino Perugino grabs a few names out of the hat to see what might happen. Most ideas are worked out well, with only one thing in mind: to release a CD that is worthwhile for the many melodic rock fans around the world. Most of the time the result is very satisfactory indeed. What about Kryptonite you might ask? Also this project is a real good one. It is not that Kryptonite has re-invented the musical wheel on the eleven tracks, but it is what it is: good melodic heavy rock with strong individual performances and most of the time good songs as well. Michael Palace is without any doubt one of the better new guitarists at this moment, Samuel a strong singer and the combination Egberg/Back works as well. And although some songs sound a bit predictable perhaps (,,One Soul’’, ,,No Retreat No Surrender’’) I think that most fans of the melodic genre will dig what Kryptonite has to offer on their first (and final?) CD.