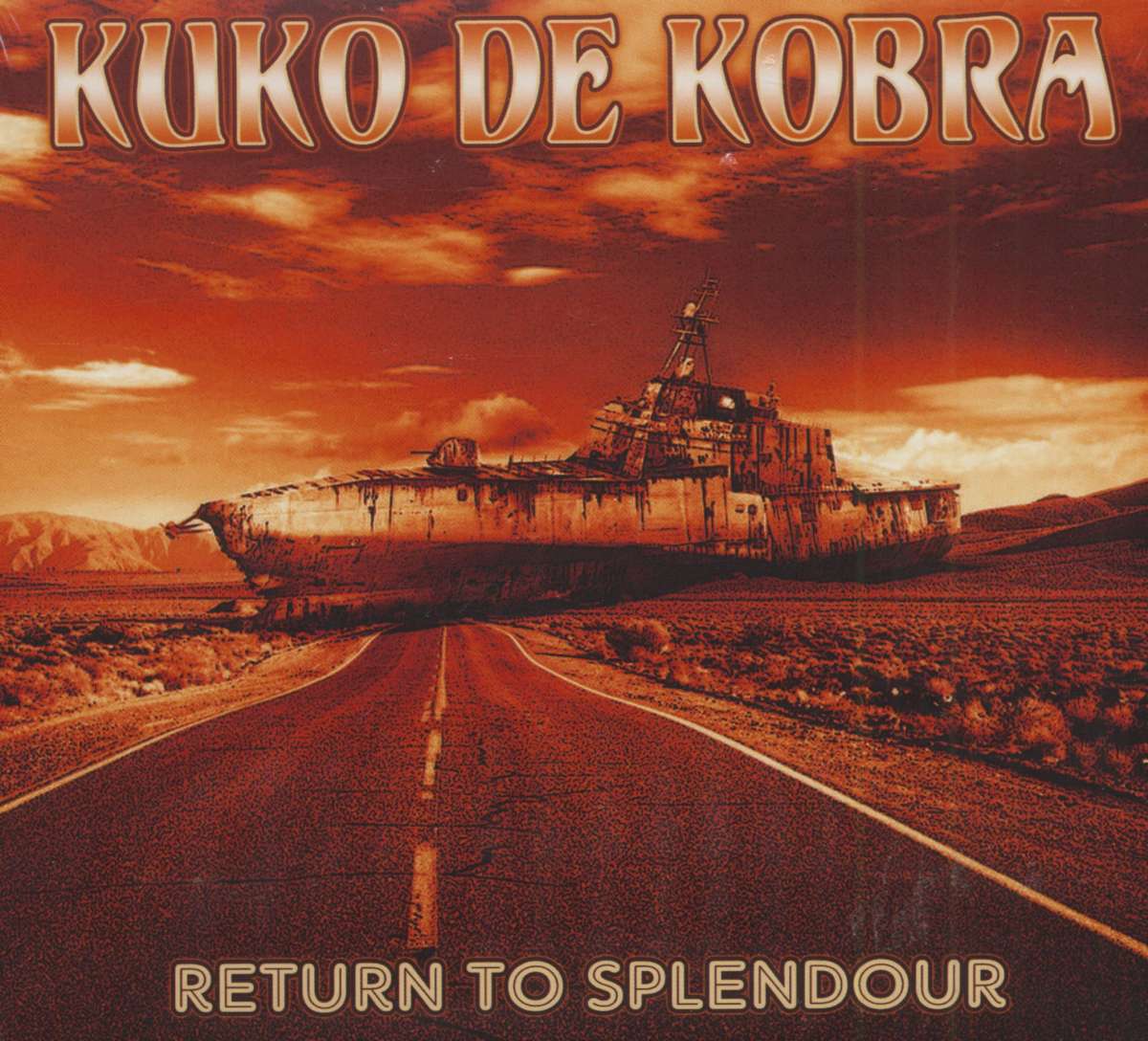 A few months ago this magazine published an interview with Blindstone guitarist/vocalist Martin J. Andersen from Denmark. Martin told us that he was involved with various bands of which Kuko De Kobra was one of them. With the emphasis on ‘was’ as Martin decided to leave that outfit but not before a new record entitled ‘Return To Splendour’ was in the can and very recently released by American guitar rock label Grooveyard. Although a new record? That is not really accurate as this release is more a compilation by this Danish band who in the past already released three albums. The best and most prolific songs have been picked and in some cases reworked plus a new song added to form this twelve track record featuring Andersen on lead guitar, singer/bass player John Gamma Sharling and multi-instrumentalist Martin Pagaard Wolff (here on drums, bass and guitar) plus a bunch of guest of which some might have been involved in the earlier days of Kuko De Kobra. Several songs have that signature Martin J. Andersen guitar sound blasting out of your speakers. I was not really familiar with Kuko De Kobra but I like most of what I hear on ‘Return To Splendour’. This band has groove, can be very heavy or at moments also mellow and traditional but you can be sure that in all songs the guitar is extremely dominant and prominent. The music is most of the time melodic yet heavy. When you hear ,,Echo Of Stevenson’’ with is slow grinding riff and extreme heavy guitar work and a bit later listen to the semi-acoustic track ,,Remember’’ it seems like two different outfits are at work but the binding factor is the voice John Gamma Sharling who manages to put his stamp on the proceedings as does Andersen. The variation in the material is one of the key points on this record that further has some really cool songs like ,,Be, Leaf’’ (very melancholy).  All in all a very nice guitar rock record with kick, melody and good songs. Not sure what the future holds in stock for the band now that Andersen has departed but if this proves to be their swan song at least they are going out in style.