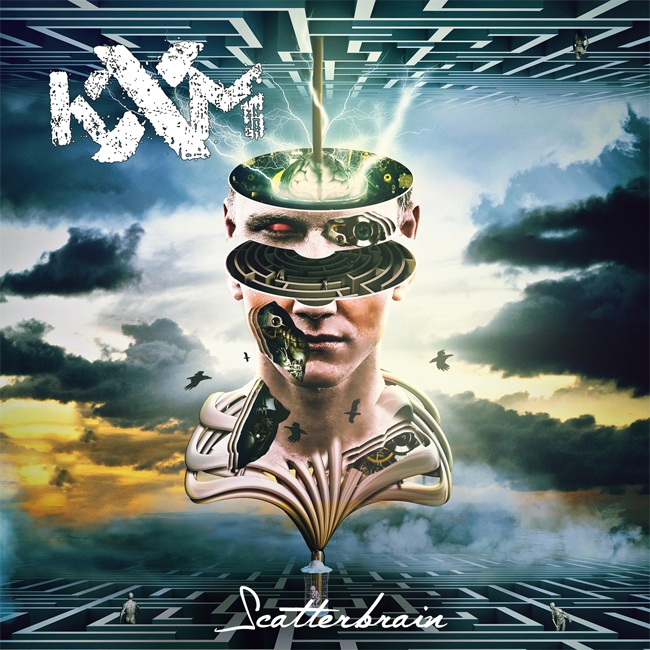 The second album of this super(b) trio KXM is out there to take the world by storm! If you look at the history of the band members you can almost write a thick book of what they have done and achieved in the music business. Bassist/vocalist Doug Pinnick has a CV as long as his arm (King’s X, Poundhound, The Mob and a whole lot more), guitarist George Lynch is an innovator on the guitar since the nineteen eighties when he played with Dokken and (more recently) Lynch Mob. Drummer Ray Luzier is now the steady drummer for Korn but has also a big history in rock and metal (played years with a certain David Lee Roth). The musical background of these three guys is very different indeed, so when those backgrounds start to clash, what do you get? ‘Scatterbrain’ is a thirteen song metal machine, complete with the distorted bass of Pinnick, his deep, dark vocals matching the groovy licks from Lynch and the thundering drums from Luzier. I admit, some of the songs have a bit of a jam character, like for instance the title track that already shakes the fillings out of your mouth with its jumpy character. What a heavy and promising start. And that start continues with more songs that seem to have no boundaries and go anywhere where the trio wants them to go, leaving the listener behind gasping for air. It is especially that monster bass from Pinnick that gives the CD a certain ‘je ne sais quoi’. ,,Calypso’’, ,,Obsession’’, ,,Noises In The Sky’’ and ,,Breakout’’ are all great pieces that just pound away, but yet they have their melodic moments. The last track is ,,Angel’’, a beautiful easy listening (well!!) ballad that is in big contrast with the  title track. Hard to believe that you hear the same band on those two songs as they are so completely different. I am warning you! ‘Scatterbrain’ is not a CD for the faint hearted, it is rough, tough, moody, heavy and unpredictable. You will need to invest some time to understand what the hell is going on out there. But if you do, you will enjoy this ride and you will be back for more!