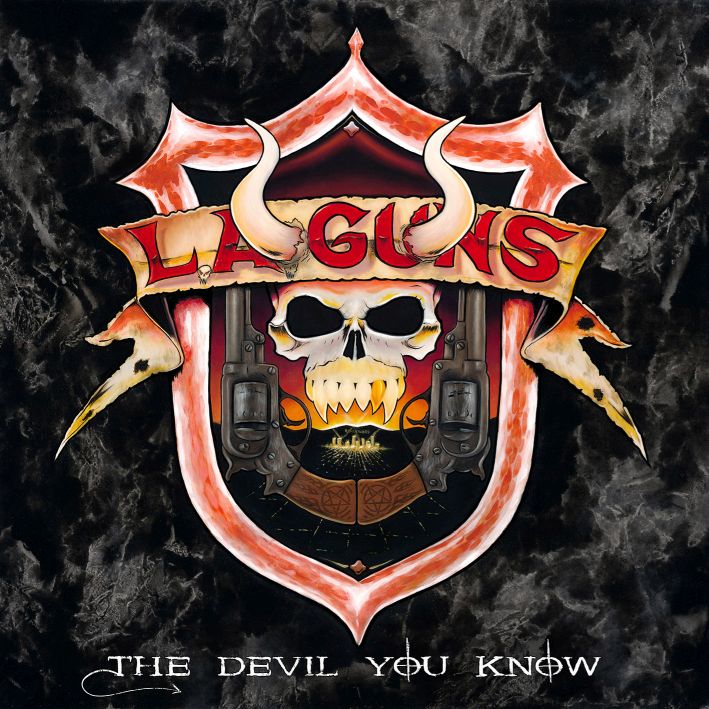 There is at least more regularity around L.A. Guns these days. Since singer Phil Lewis and guitarist Tracii Guns reunited in 2017 on the album ‘The Missing Peace’ the duo has been able to keep the ship more steady. First there was a live CD/DVD ‘Made In Milan’ in 2018 and now there is a new studio CD in the form of ‘The Devil You Know’. Ever since their 1989 (second) album ‘Cocked And Loaded’ L.A. Guns was never able to really improve on that majestic album although ‘The Missing Peace’ came closer than ever. With ‘The Devil You Know’ it sounds to me that the deadly duo have served up a bit of a mixed bag. There is some punk-infused rock in opener ,,Rage’’ and ,,Don’t Need To Win’’ is a prolific no-nonsense rock song while ,,Stay Away’’ has got some assets as well but the amount of really top notch songs is certainly not always there. Luckily the band has kept that raw and uncomplicated rock and roll attitude and sound as a whole but ‘The Devil You Know’ does not offer a lot of songs that will immediately enter your brain and plan to stay there. Sure, mister Guns belts out some meaty guitar work and Lewis as always sounds like a cat on a hot tin roof with his screams and shouts but one way or another the level of ‘The Missing Peace’ or the very early albums is not completely there. This CD does have some moments but from a band as experienced and seasoned as L.A. Guns you just expect a bit more. Maybe next time?