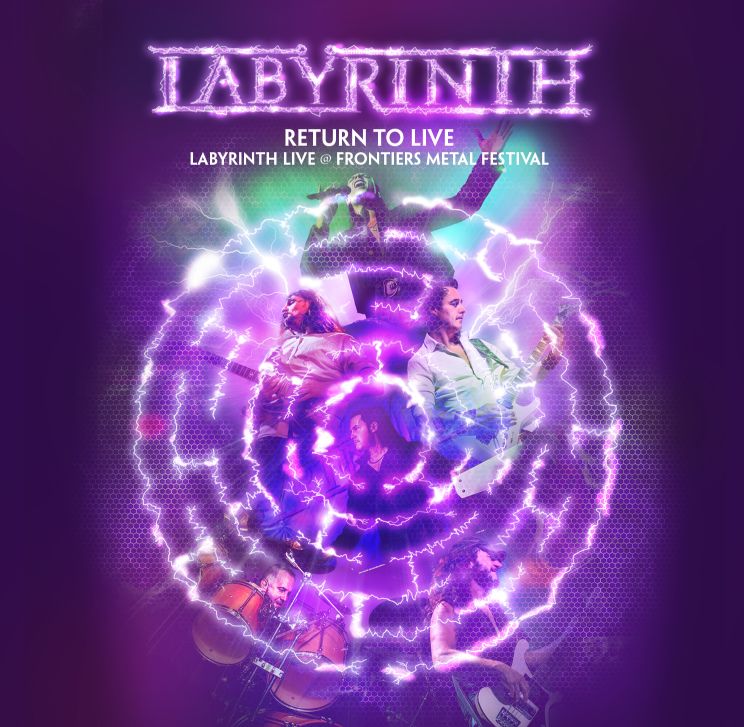 In April 2017 Italian progressive power metal band Labyrinth launched their comeback with the studio-CD ‘Architecture Of A God’. In October 2016 the band played on a festival organised by Frontiers and that performance was recorded and filmed and is made available now for the public (obviously band and record company preferred to release a studio CD first). The group played their 1998 album ‘Return To Heaven Denied’ in its entirety and added the track ,,In The Shade’’ that was originally released on the 1999 EP ‘Timeless Crime’. I suppose at that festival on their home ground Italy the group around singer Roberto Tiranti (who for the occasion did his announcements in his native language) and the guitarists Olaf Thorsen and Andrea Cantarelli were testing the waters on how the audience would react on their reunion and to see how the new recruits Oleg Smirnoff (keyboards), bass player Nic Mazzuconi and drummer John Macaluso would cope. You can hear and see the results for yourself on ‘Return To Live’ and be stunned by the vocal performance of Tiranti who reaches sometimes heights that even Rob Halford in his prime would be jealous of. Labyrinth is a band that has experienced musicians and it shows on this release. Produced by the band and mixed, recorded and mastered by Alessandro Del Vecchio ‘Return To Live’ springs to live with ,,New Horizons’’ and keeps going flawless including the last track ,,In The Shade’’. ‘Return To Heaven Denied’ is being seen as the best effort the band recorded so I suppose it was an obvious choice to make your comeback with the strong songs of this album backing you up. Del Vecchio has done an excellent job capturing the band in full blast as the whole record does sound strong, versatile yet powerful. The guitars are dominant, the keys play a colourful supporting role while Macaluso is very impressive with his speed and power behind the kit never missing a beat. Labyrinth made a strong return with ‘Architecture Of A God’ and backed it up with ‘Return To Live’.